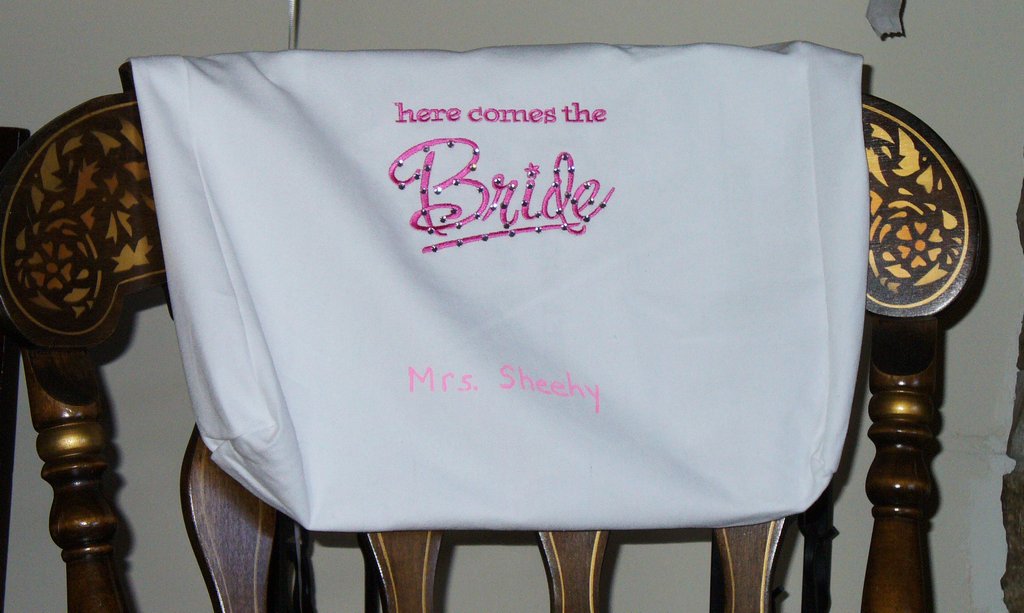 Paul dropped Mom & me off, but of course didn't stay.  But it did give him the opportunity to say hello to the Bride To Be. 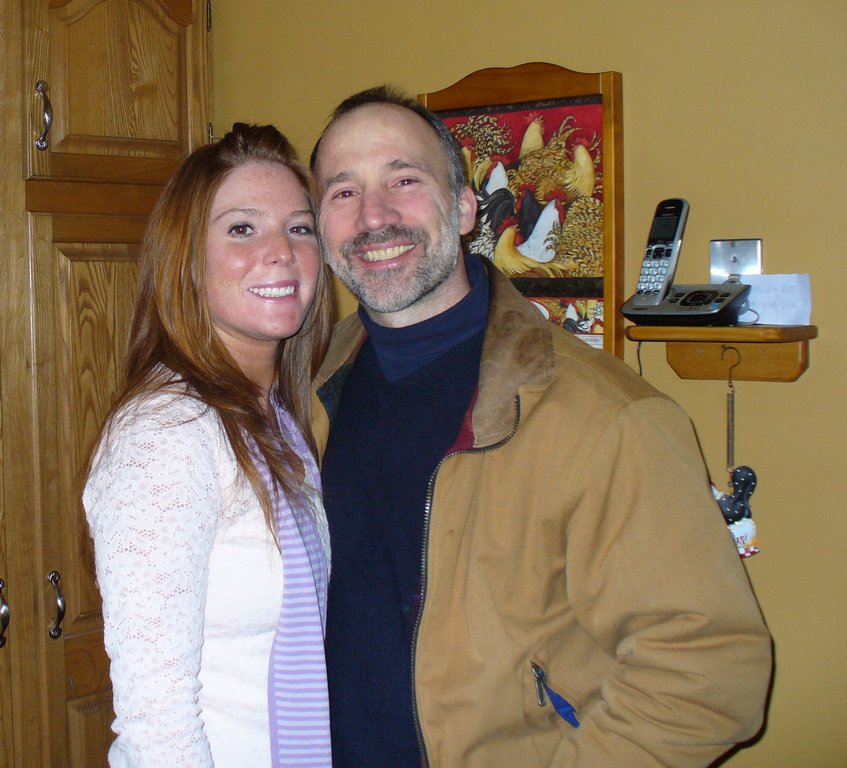 After he left, the guests continued to arrive.  Here is a slightly out of focus but still picture of Jenn (a long time friend of Fallyn's), Fallyn, and Laura. 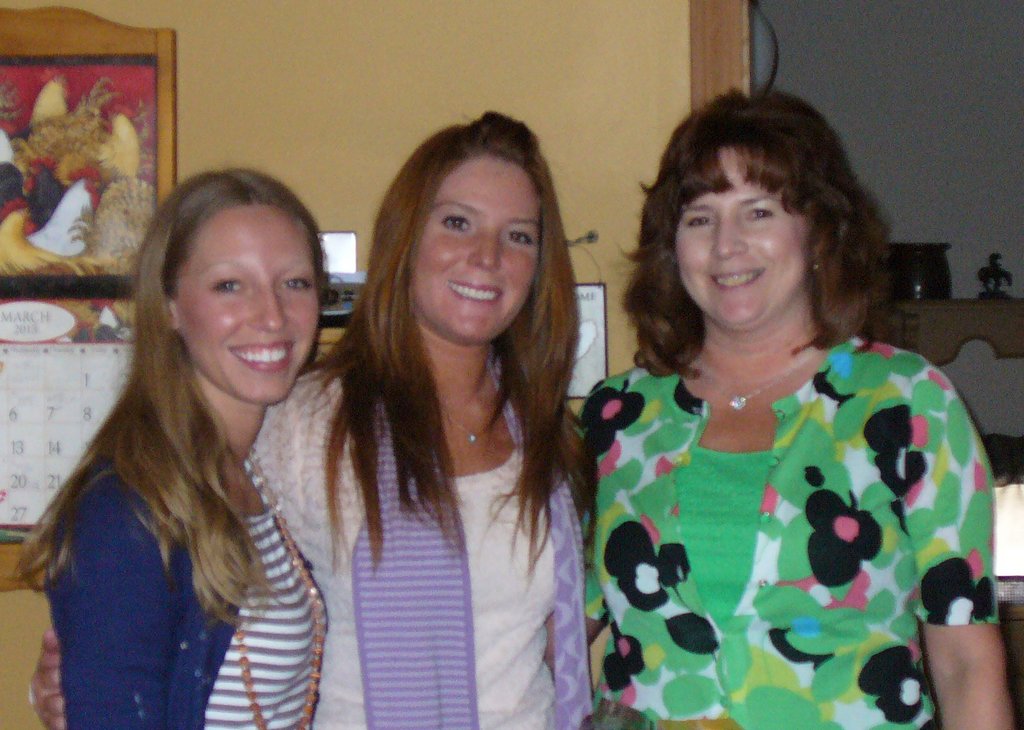 There was more than enough food! 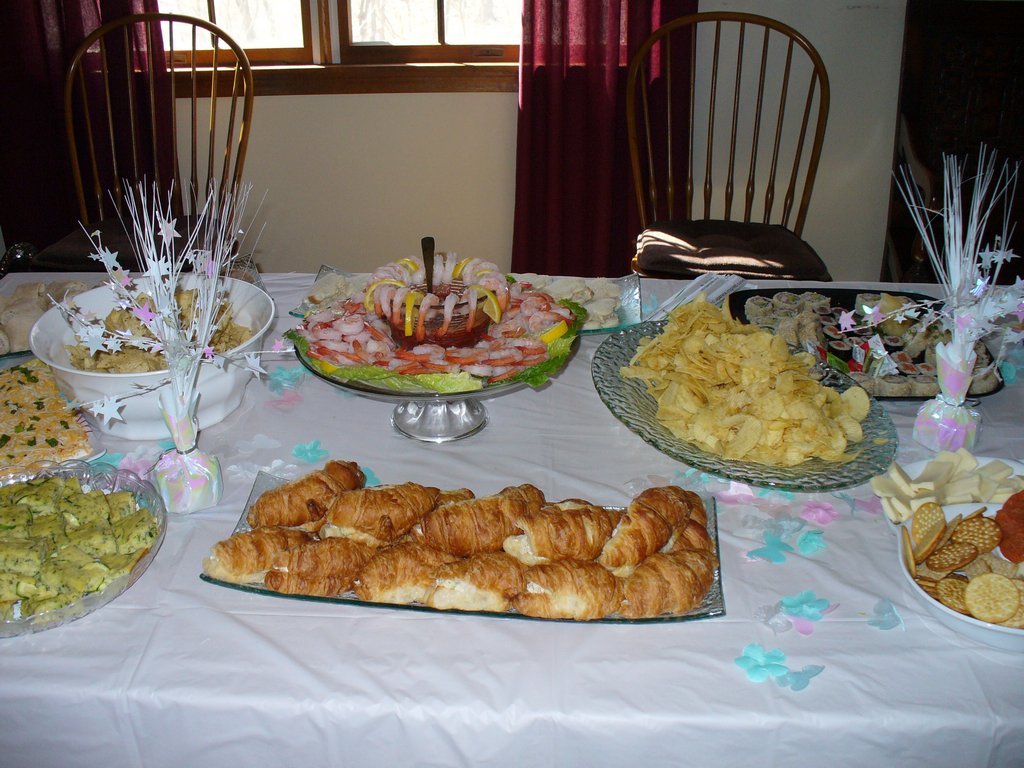 Here is a picture from before things got going of Pat's grandmother & sister. 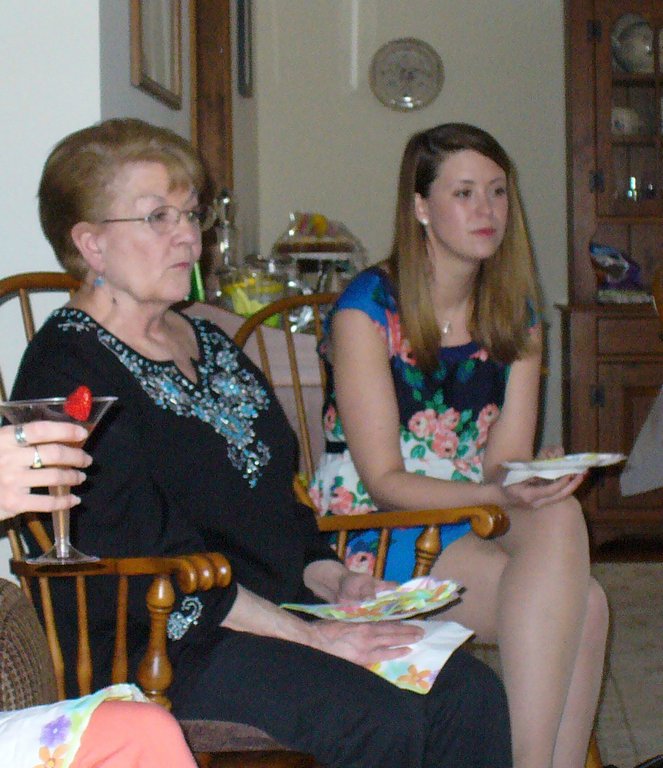 Here are Kristen, Tiffany, and Jenn while we were working on a shower game: 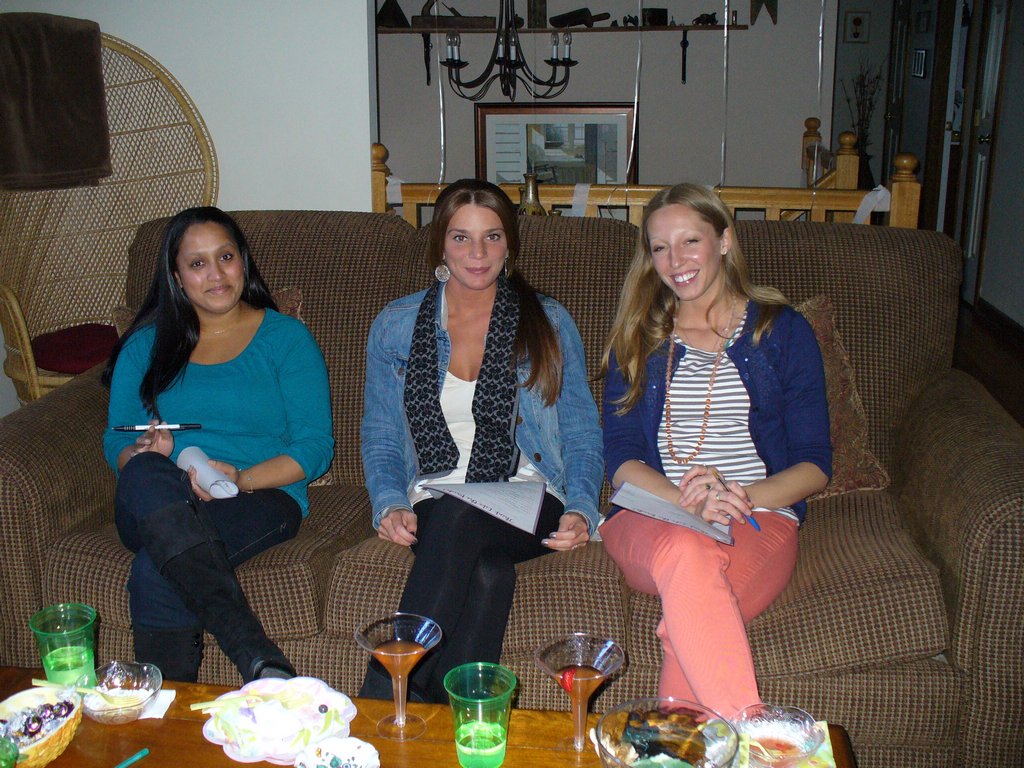 Two of the game winners were Gram (aka Mom to us) and Pat, a former co-worker of Fallyn.  Laura had prizes ready for them.  Colleen (a long time family friend) was actually the highest scorer, but since she had helped put together the prizes she declined taking one. 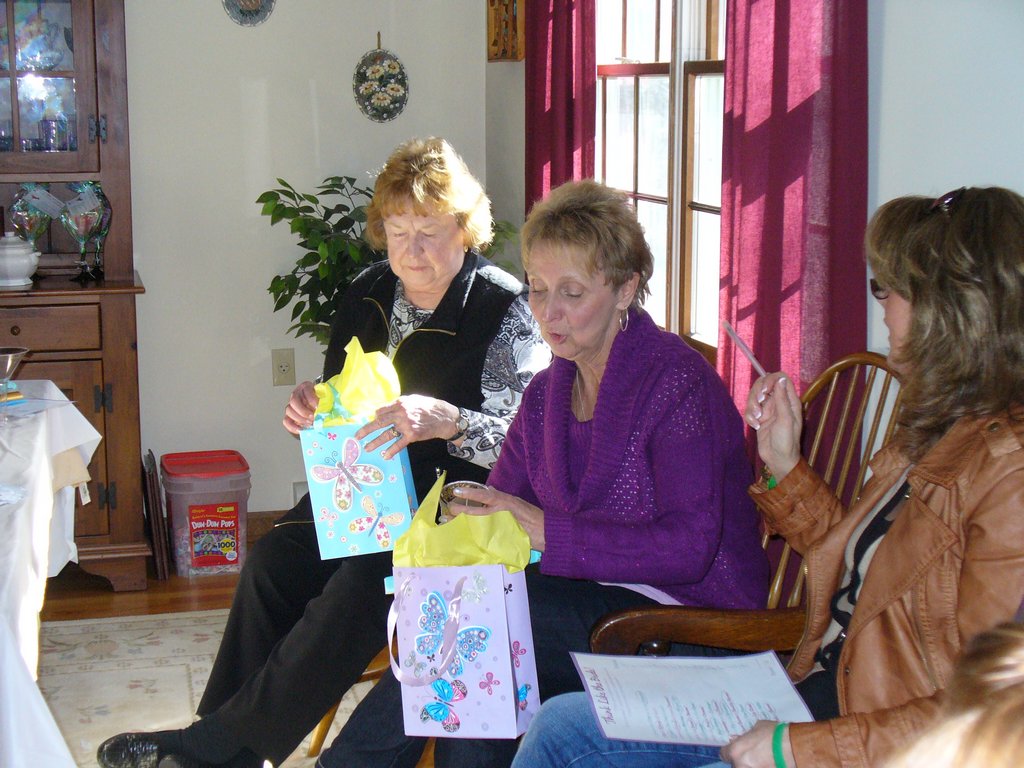 Next was of course the gift opening. 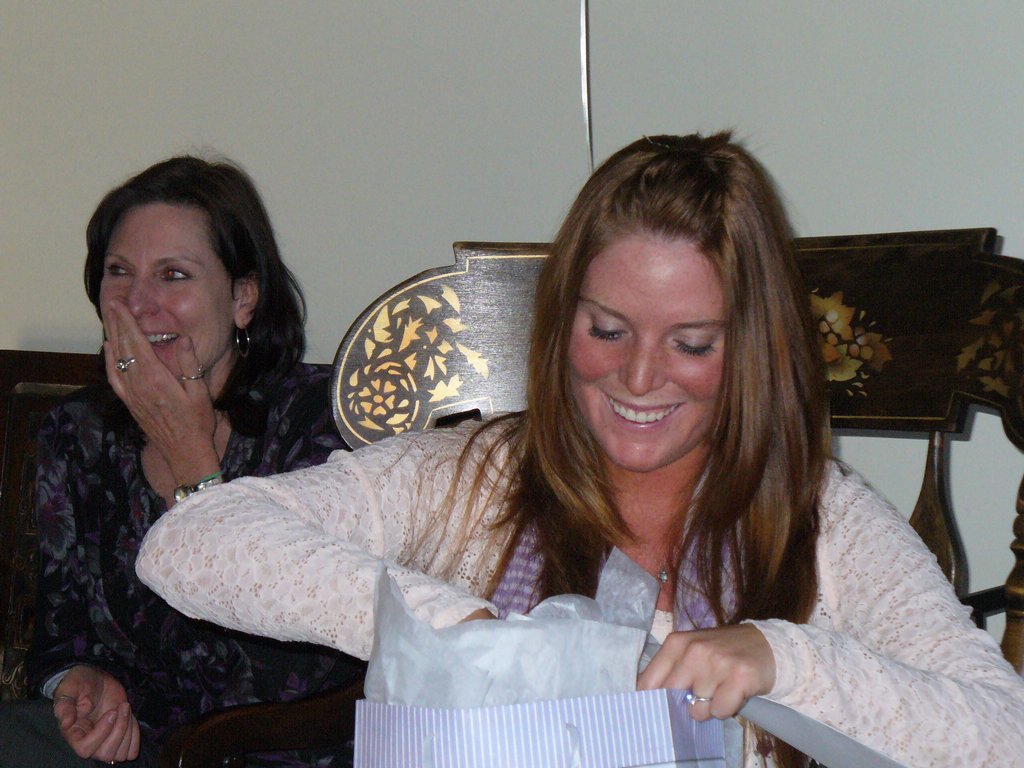 Fallyn with part of Debi's gift: 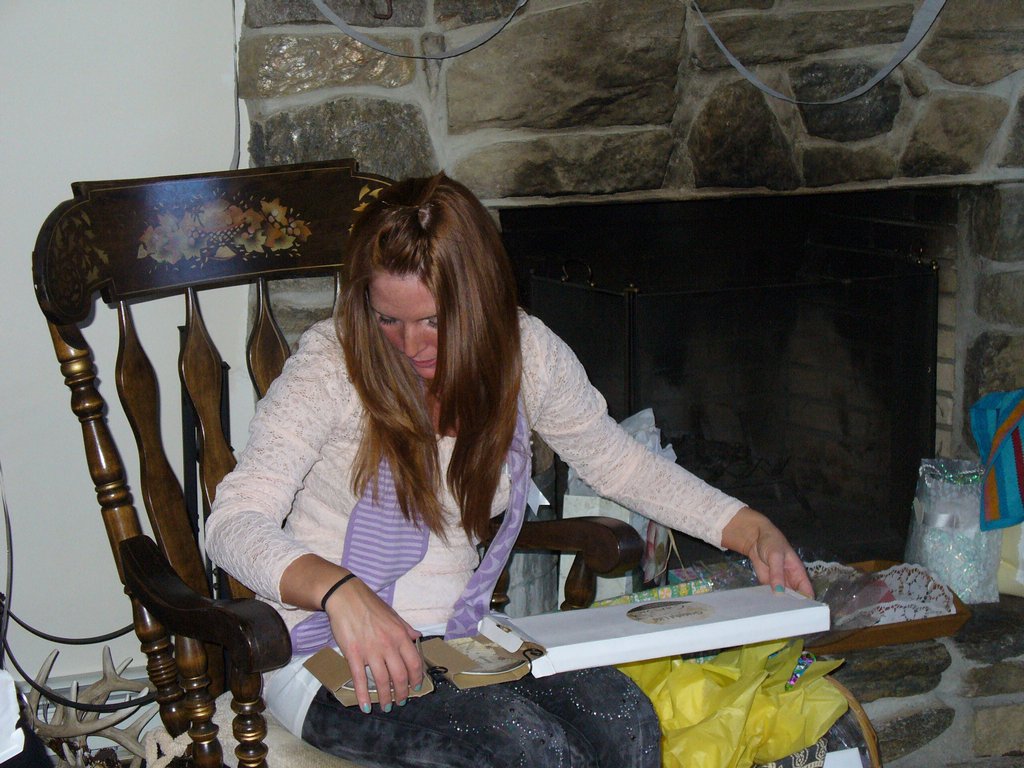 One gift decoration was actually part of the gift:  a sign for Fallyn & Pat's room: 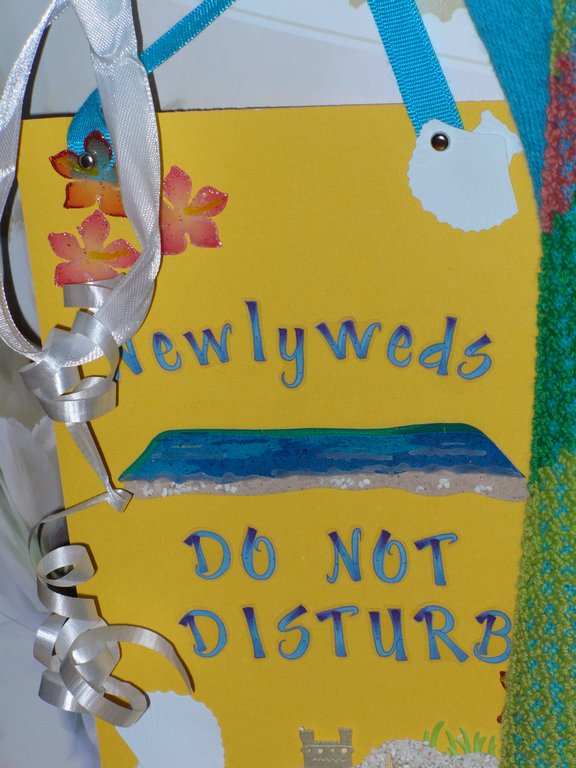 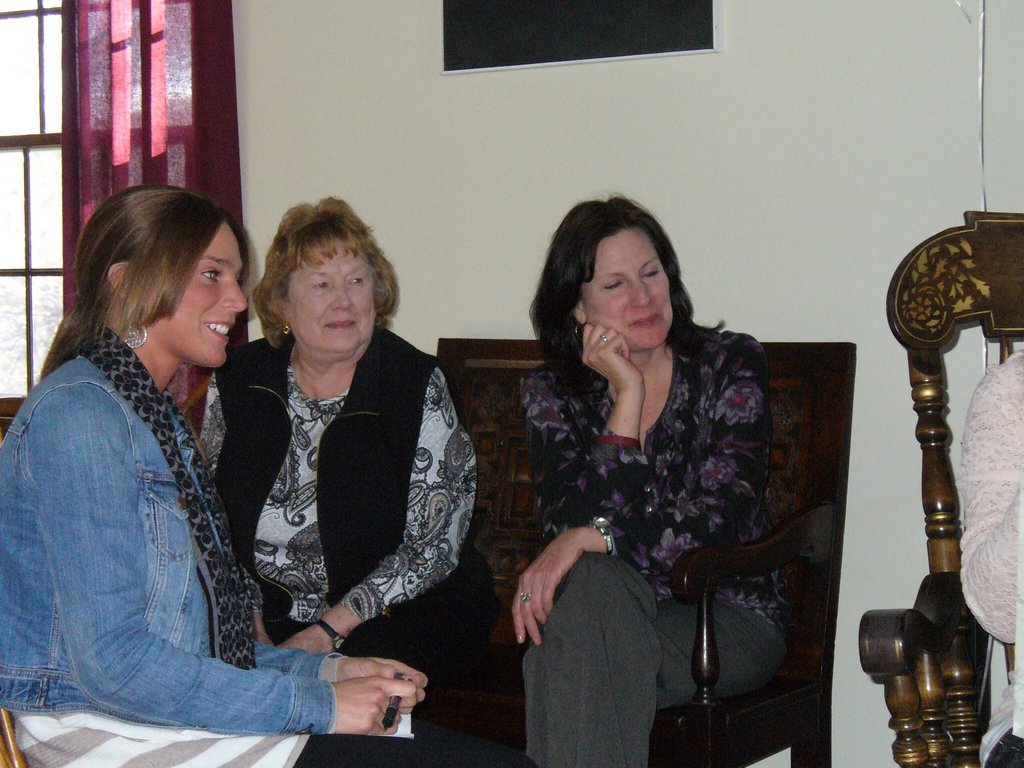 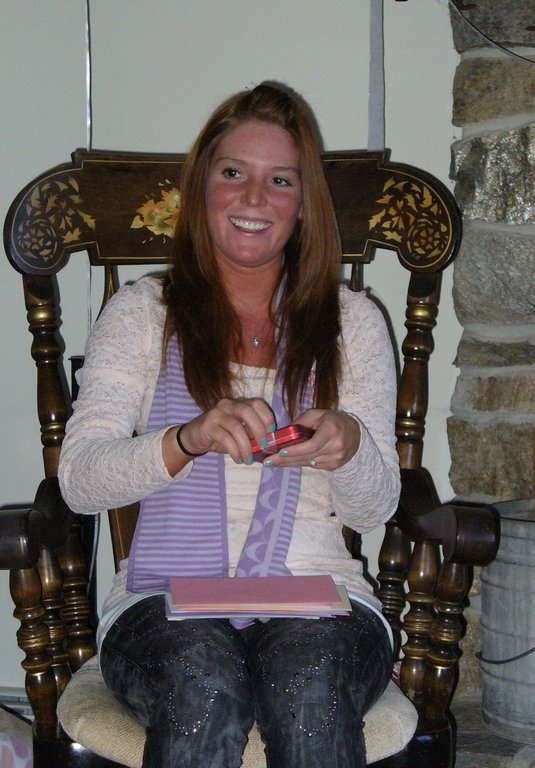 Two gifts were deemed as actually being for Pat, not Fallyn: a nightgown (if you want to call it that) and a Home Depot gift card! 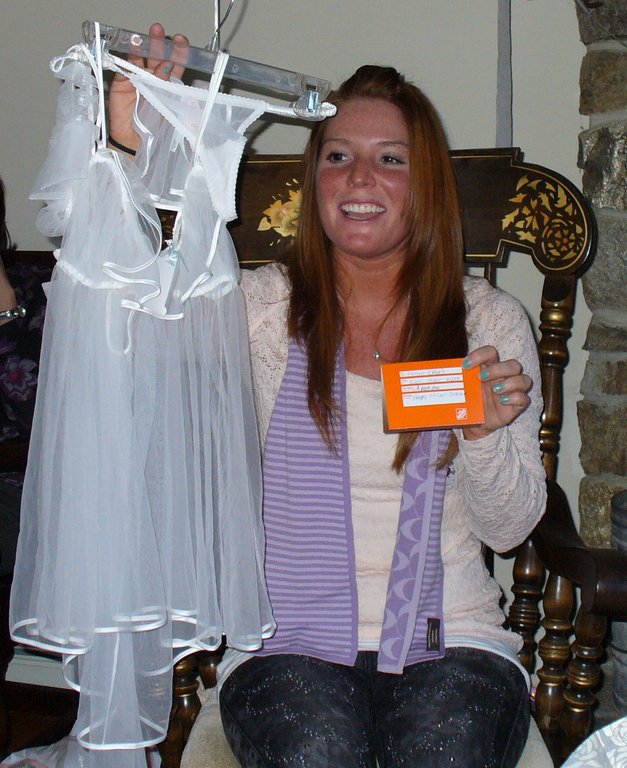 That pretty bag back in the first picture on this page?  It was for signing by the guests as well. 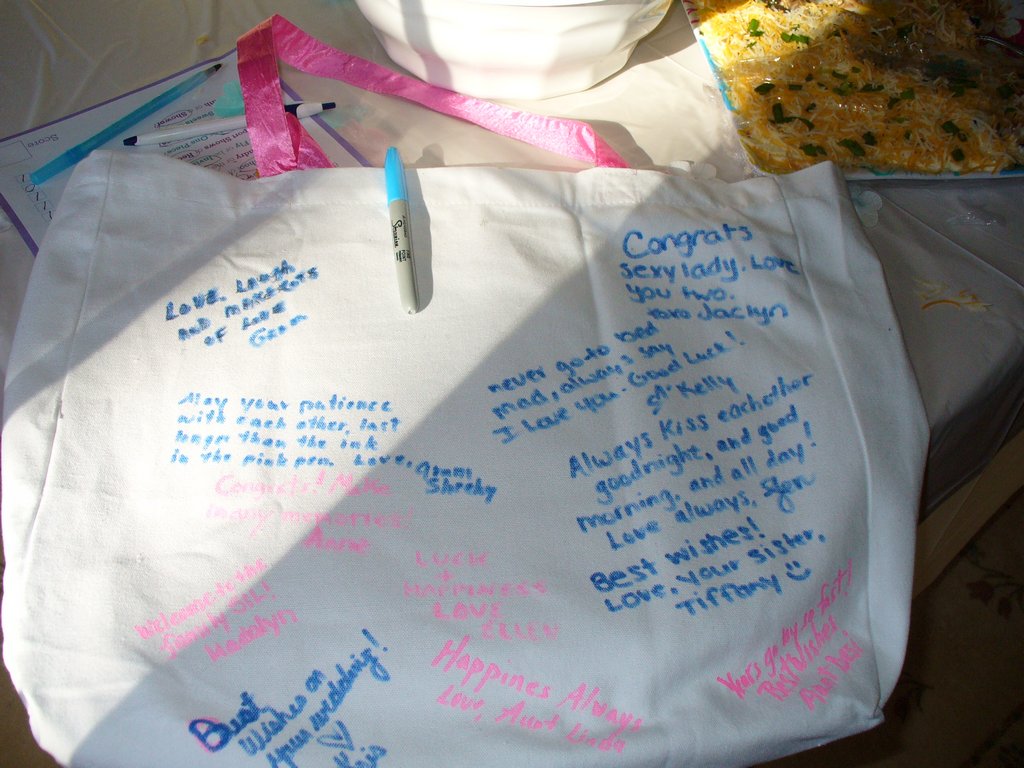 A nice picture of Fallyn's grandmothers: 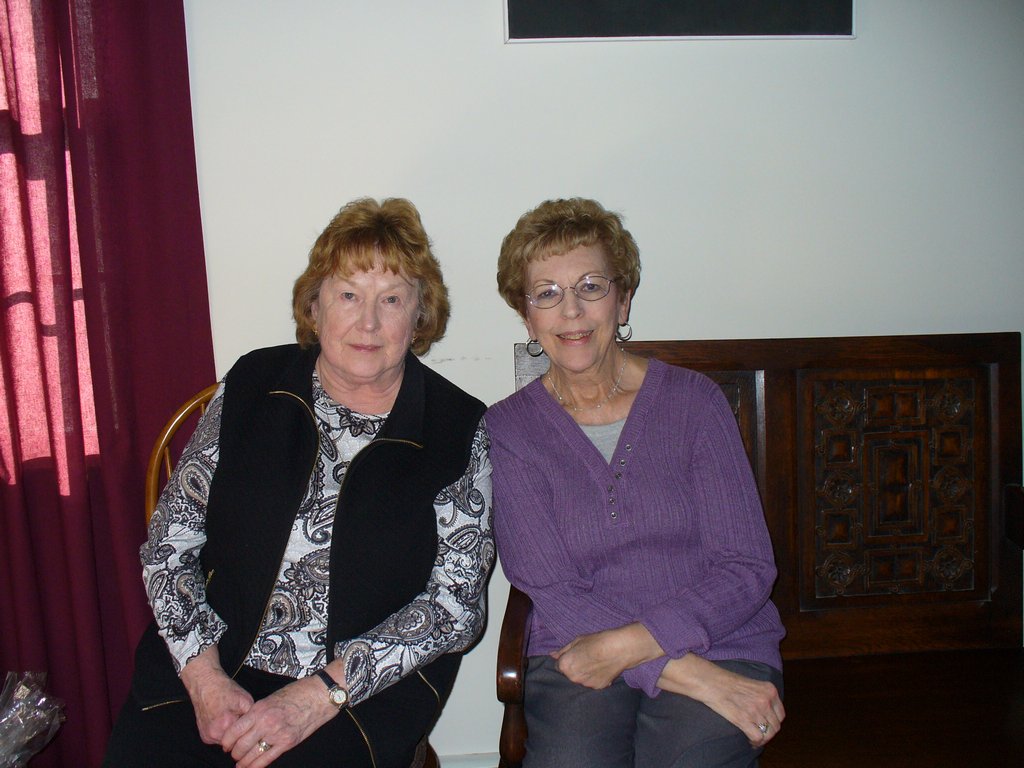 Paul and I spent the night at Mom's house.  The following morning, which was bright and sunny (even if rather cool), Paul did a few things around the house for her before we left.  Here we are in the morning. 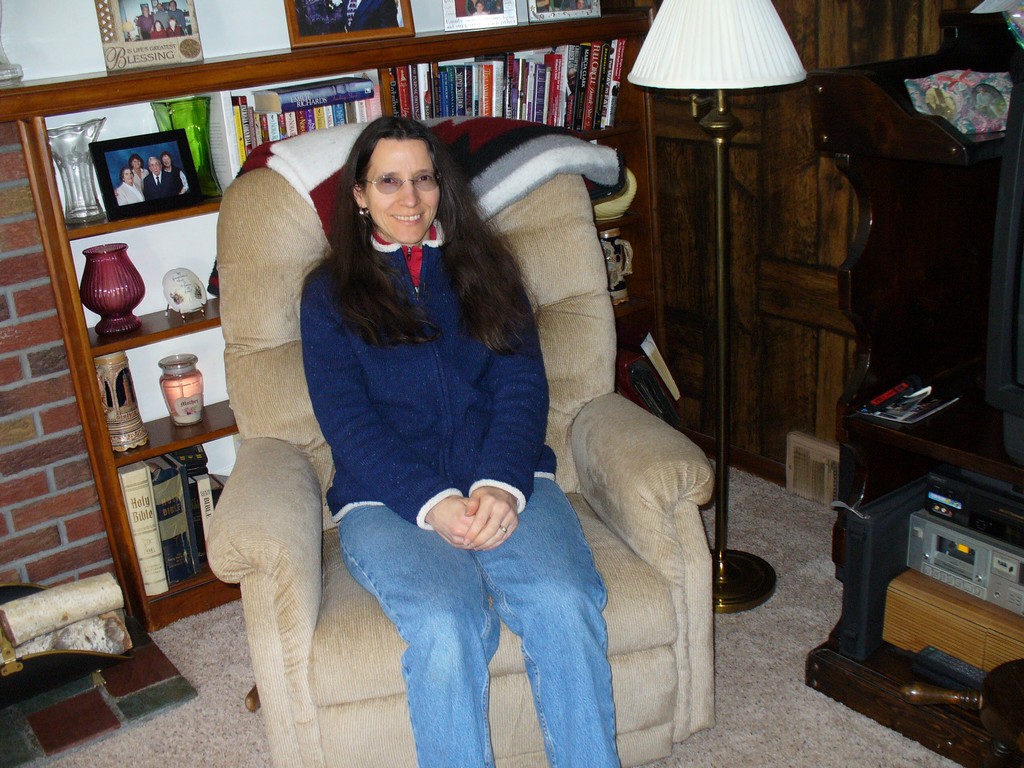 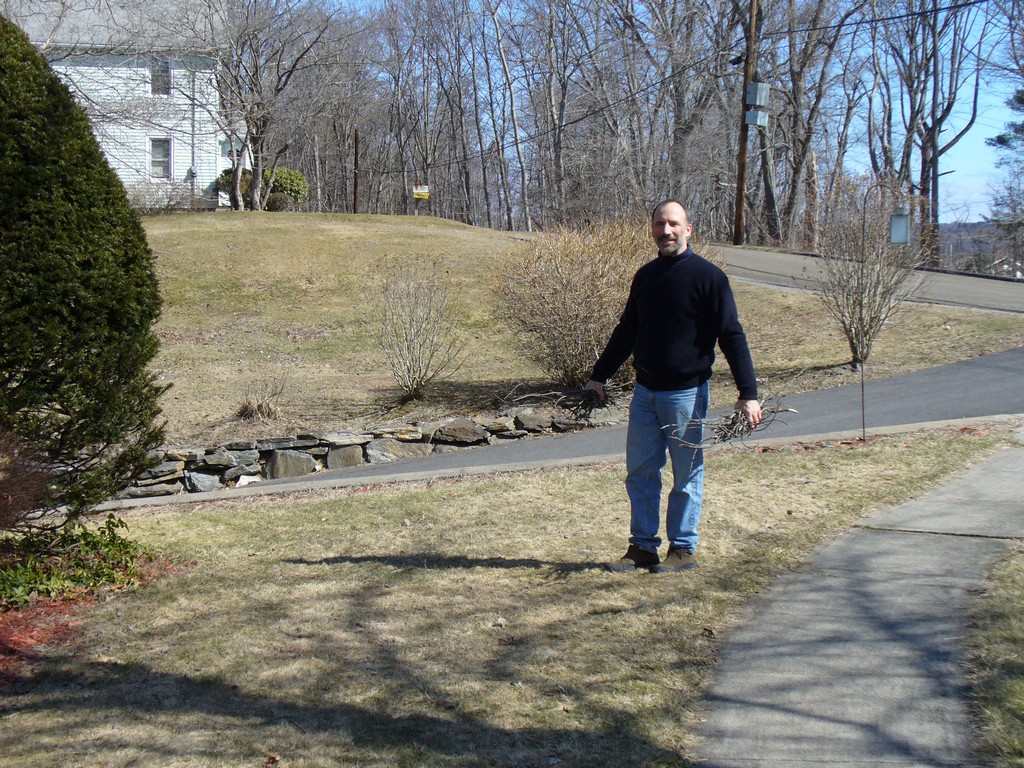 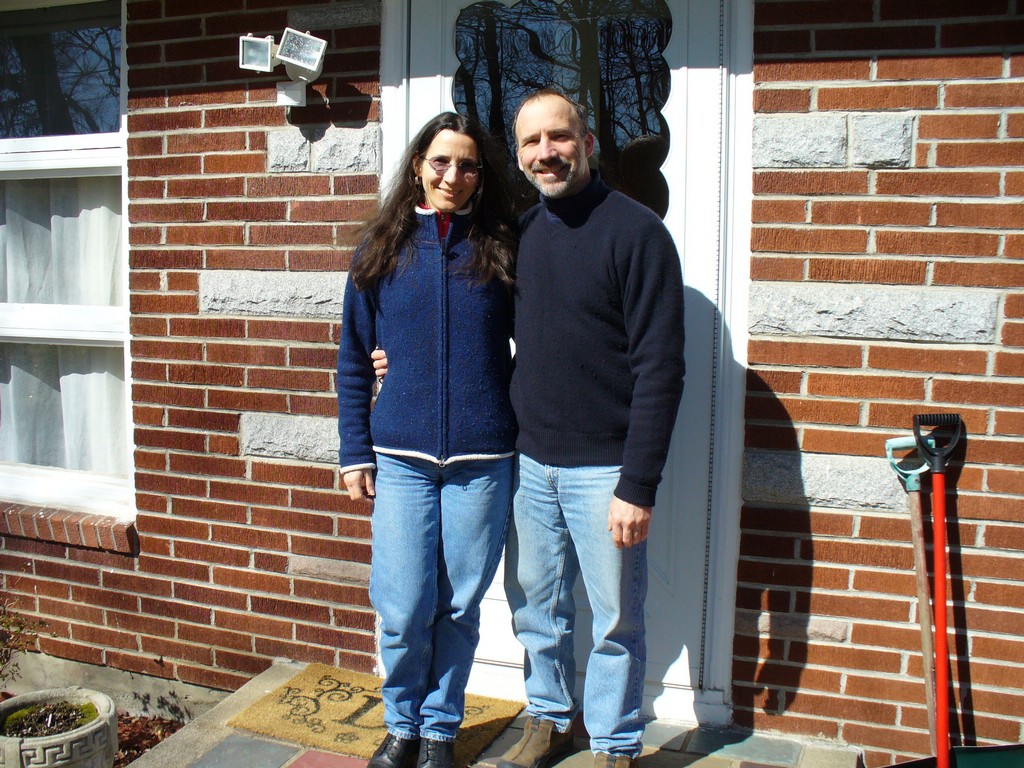