All Pages of This Report
Page 1
Page 2
Page 3

Anne's cousin Liz is expecting her 1st baby, and Anne was invited to the baby shower in New York City.  After contemplating the logistics, we decided that Paul would bring Anne to the commuter rail in New Haven on Saturday, and then go to his Mom's house to do some things there, picking Anne back up on Monday and heading home.  We checked the schedules and station location on the MTA website, and the trains leave New Haven fairly frequently (once an hour on Saturday).

We go to New Haven just after one departed, so we drove around the Yale area for a bit.  It is really a very nice campus.  It has a mixture of brick and stone buildings, and some lovely stately streets. 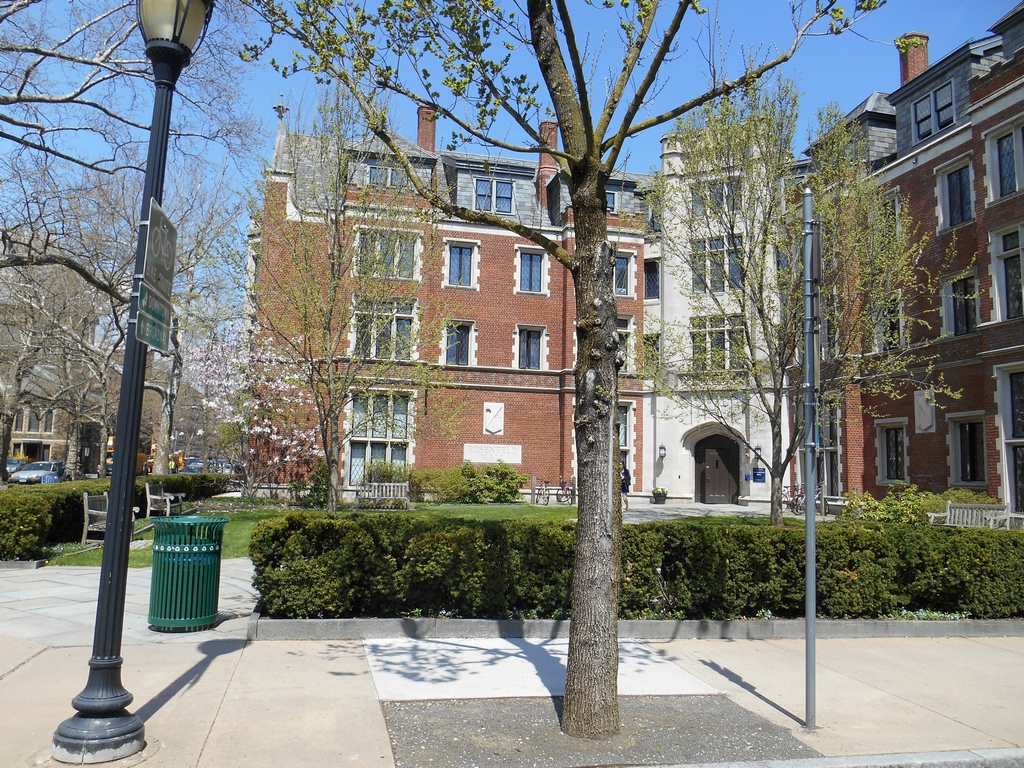 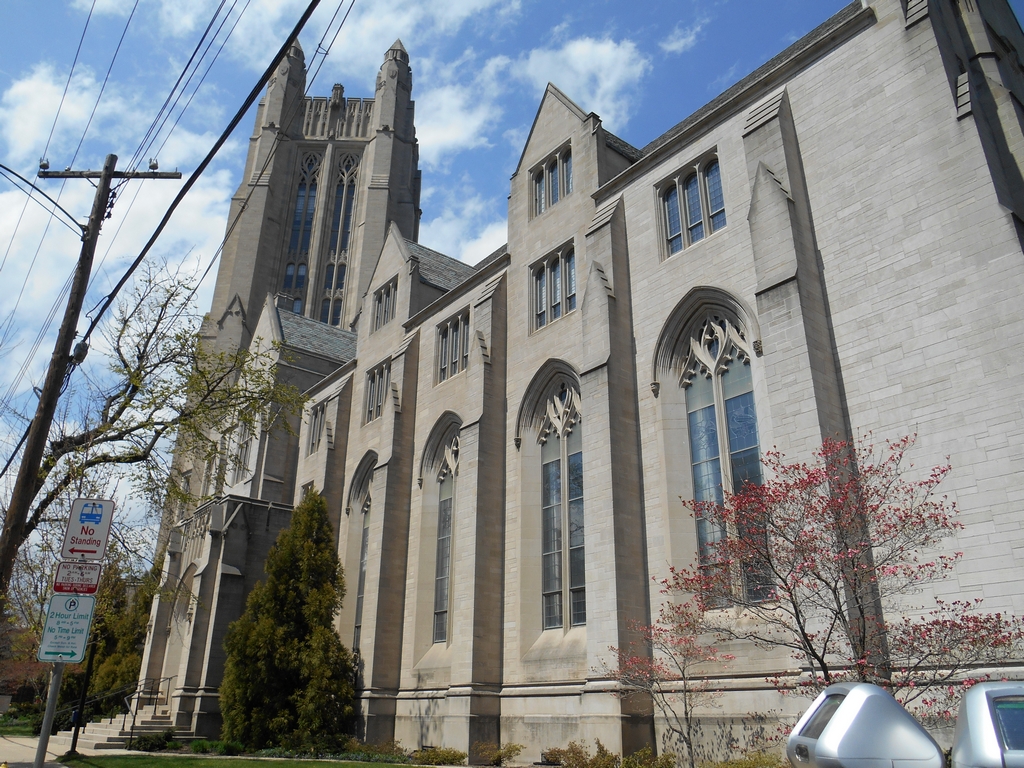 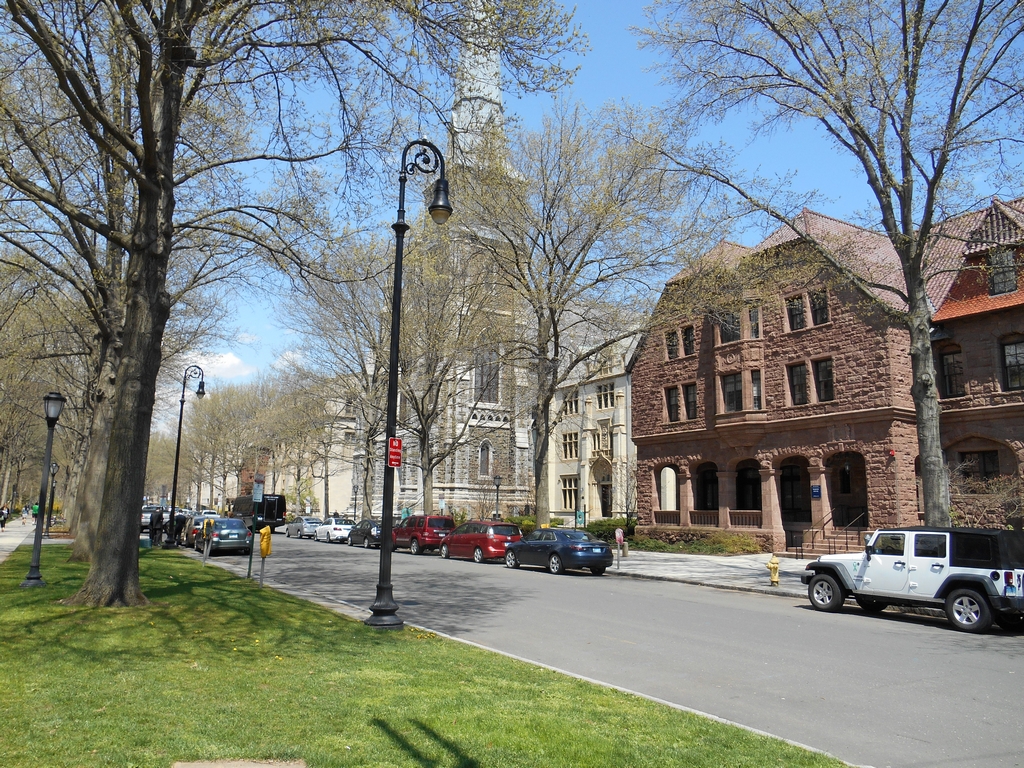 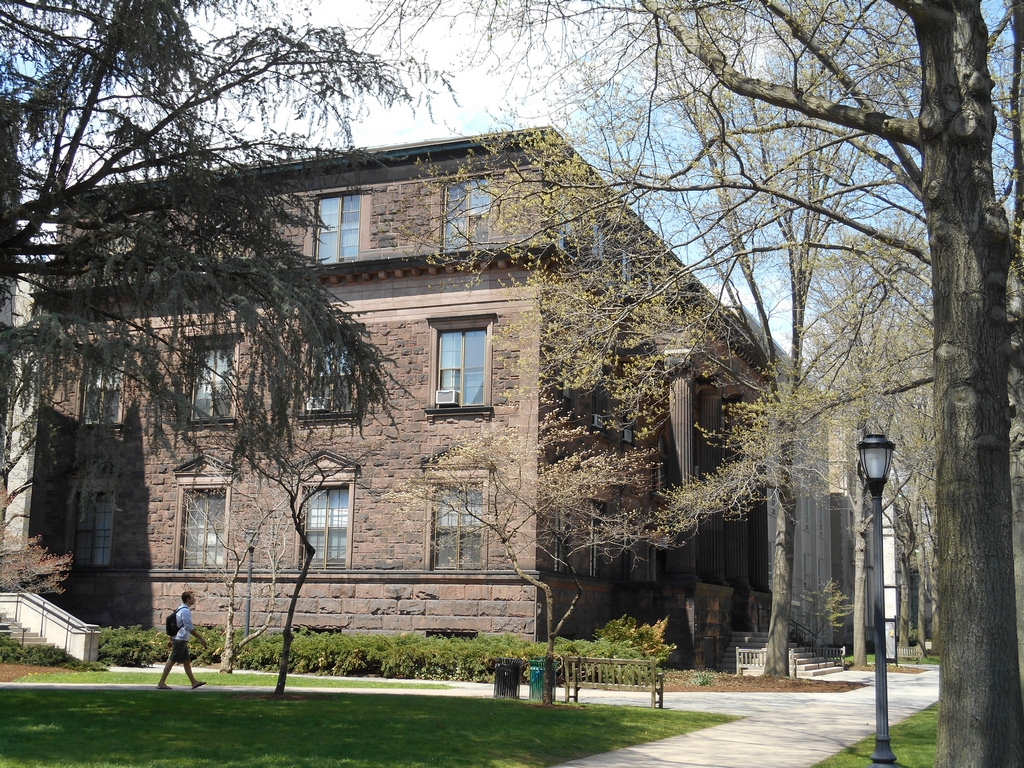 And at least one really interesting door: 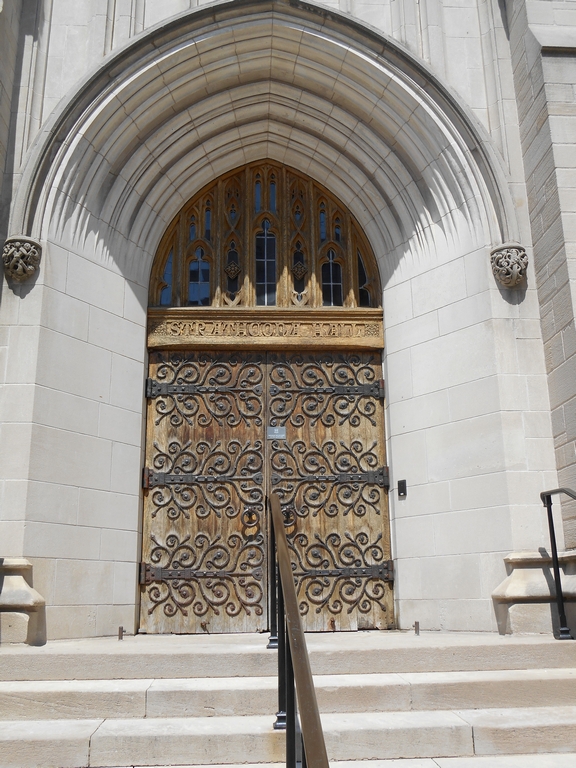 It was a beautiful Spring day, very pleasant.  As you can see, the trees were blossoming. 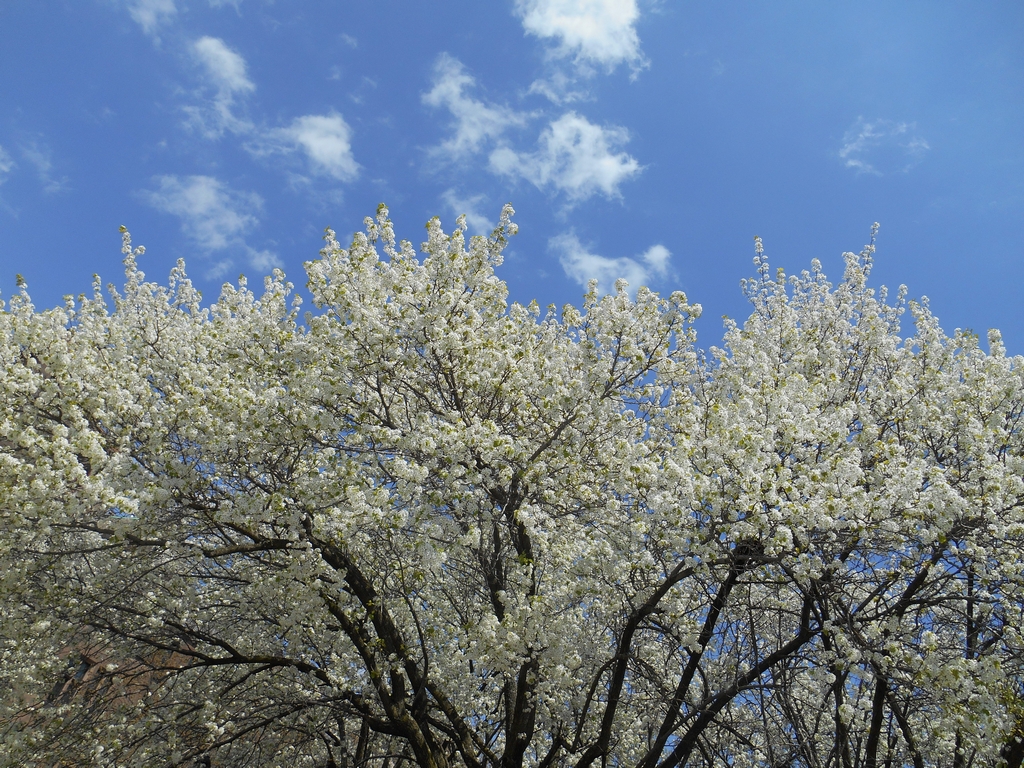 When Paul was in college, when back home on break he and friends would occasionally go to Toad's Place.  We checked and yes, they are still in business.  Cute sign, and a nice setting. 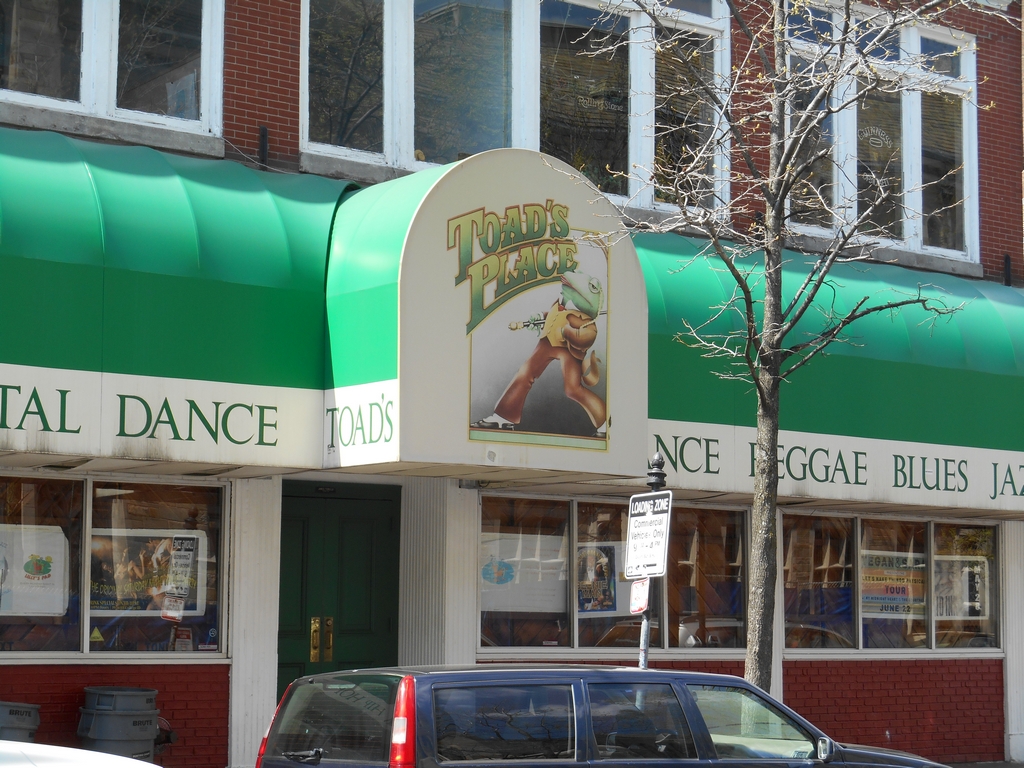 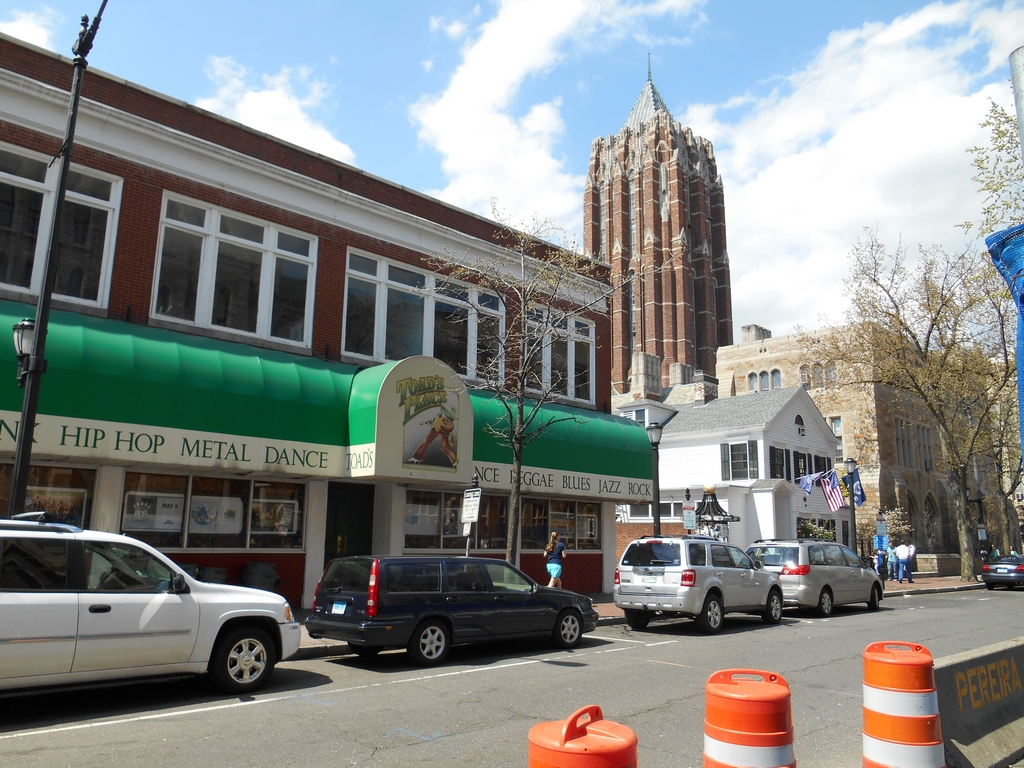 After out little tour, Paul dropped me off at the State Street Station and I went in to catch the next train.

Except there was no one at the station.  No one.  This certainly did NOT seem appropriate.  But I had pulled the address directly off of the MTA website!  I called Paul, who luckily had not gone very far.  He found a New Haven transit number for me, and I was able to reach someone who explained I needed to be at the Union Station, not the State Street Station.  So Paul came back and brought me down to the other station, which had lots of people at it.  It was only on my return trip on Monday that I realized what happened.  Weekday trips have State Street as the last stop; weekend trips have Union as the last stop.  Since I didn't even know that there were 2 stations in New Haven, I simply pulled the address off the website, and happened to be on the return trip information at the time!  Of course, by this time I had missed the next train, but I still had plenty of time to get into New York City.

Union Station is a combination of old stone look combined with newer modern look.  Here is the walk-way to the landings. 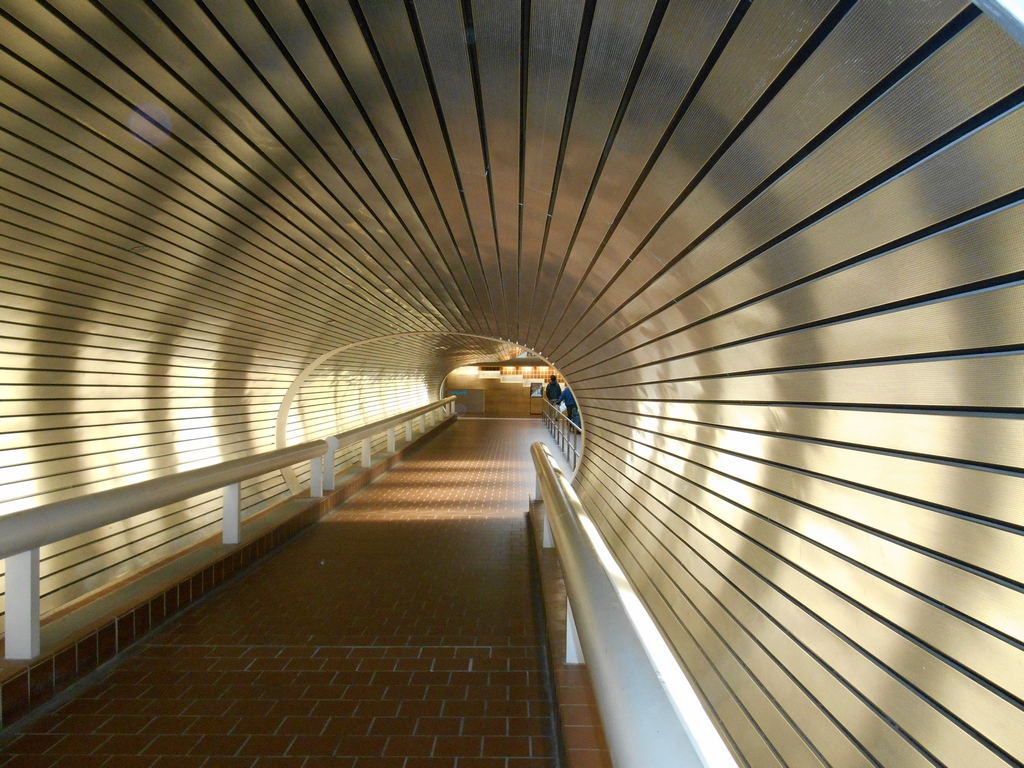 The actual train ride and subway ride went very smoothly, and I arrived at Diane and Frank's place in time to watch the Kentucky Derby with them.

This is the newly revamped kitchen area, with the excellent floor tile, countertop, and backsplash.  I'm particularly fond of the back-splash tiles, which Frank says is called a 'subway tile design', since the placement is reminiscent of the tiles at the subway stations. 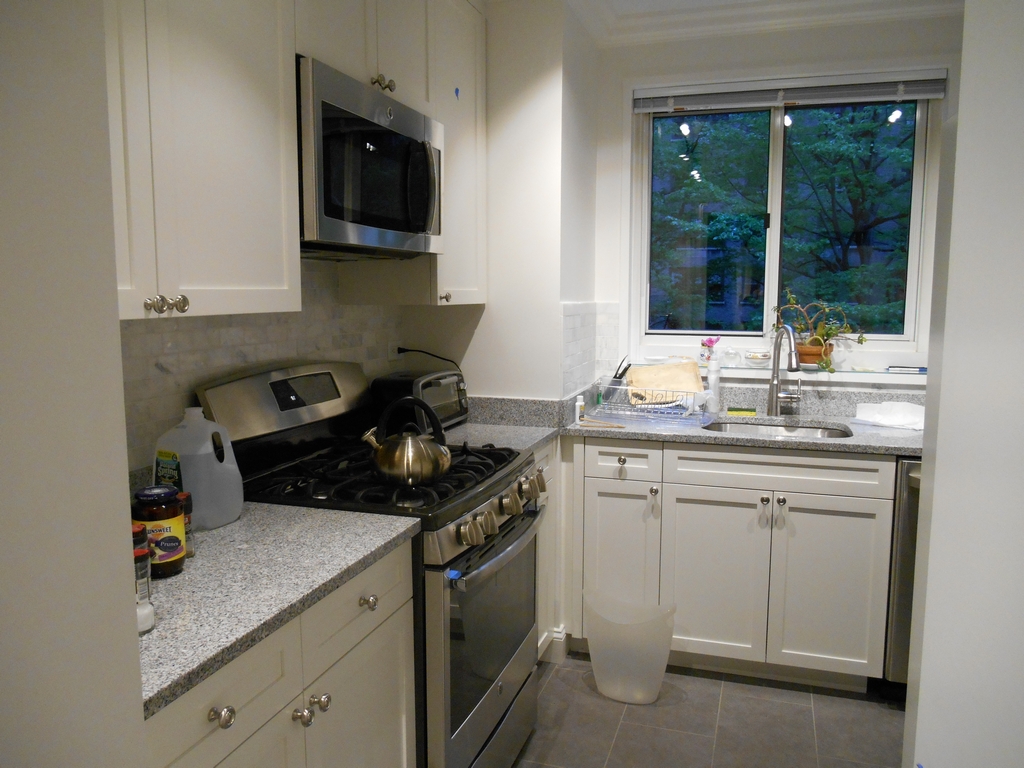 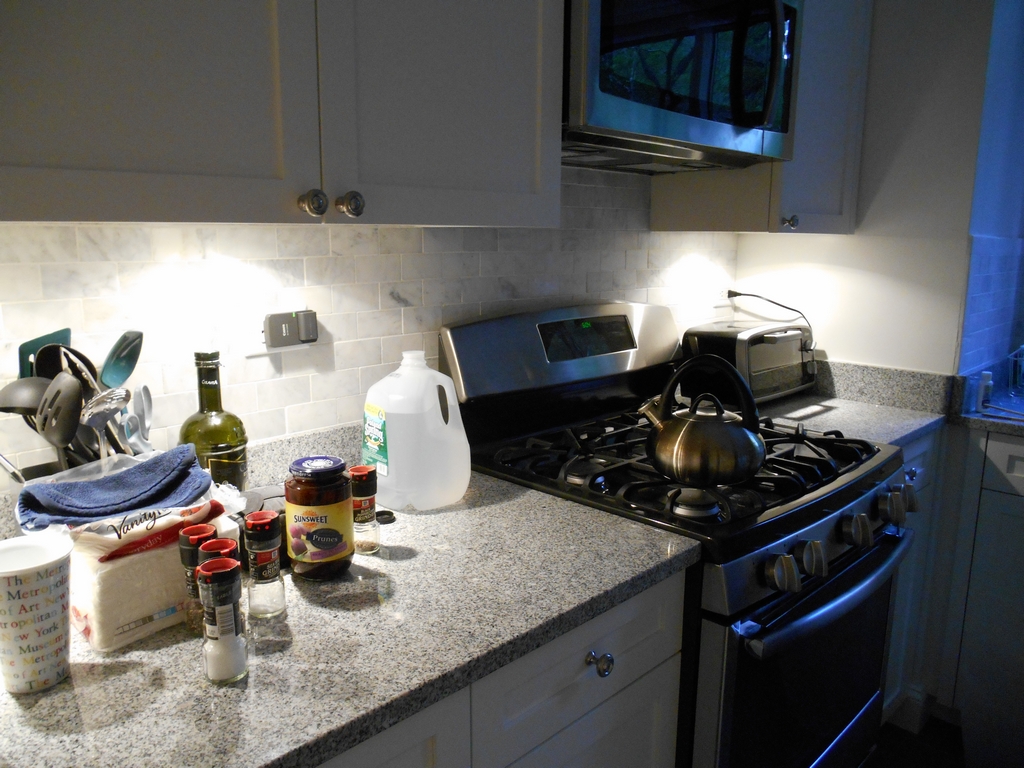 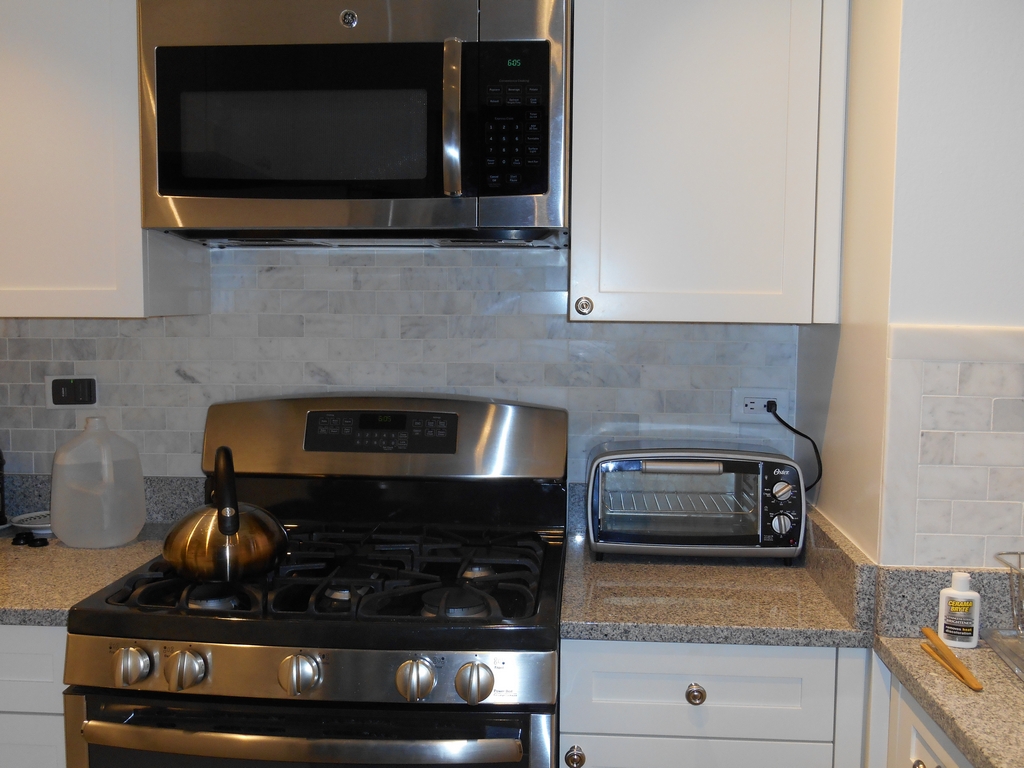 In this next photo, notice the nice modern smooth ceiling and molding. 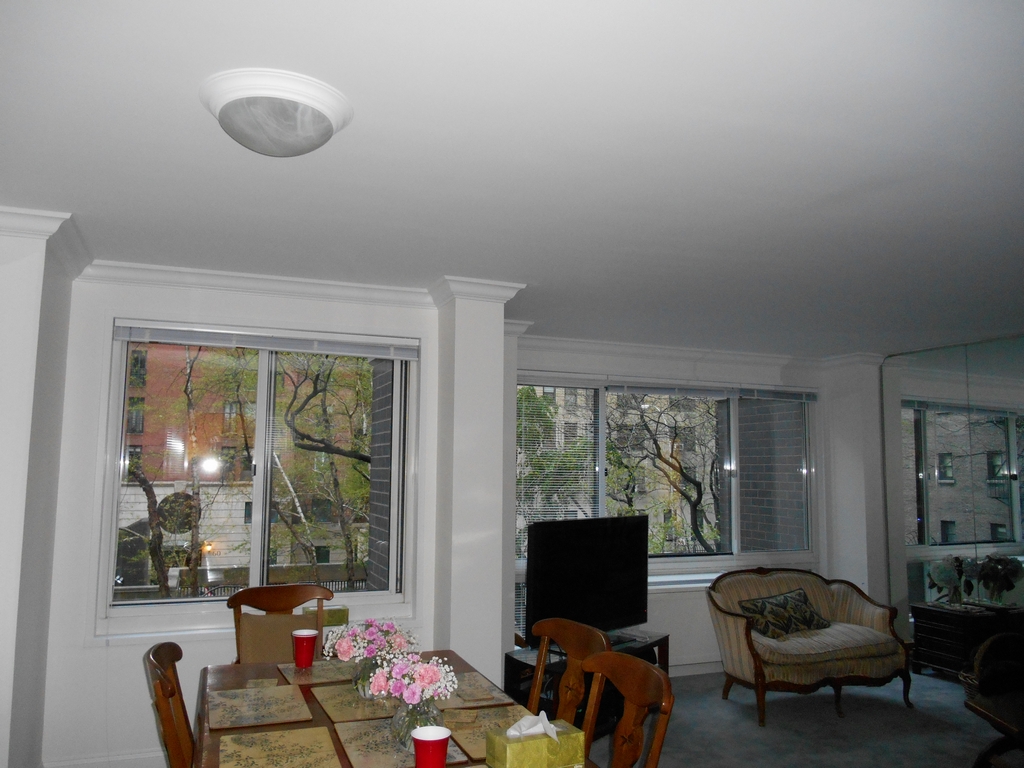 Continued on next page ...