In August, we went on vacation to Maine. Diane & Frank let us stay at their lovely place in Sebago. We did not take too many pictures, but I will share some.

On Sunday, we went to my Mom's place to do a miniature Fun Day and get some things accomplished. It was a good day, despite a few stray raindrops. Notice our fashionable t-shirts, some rather worse for the wear. 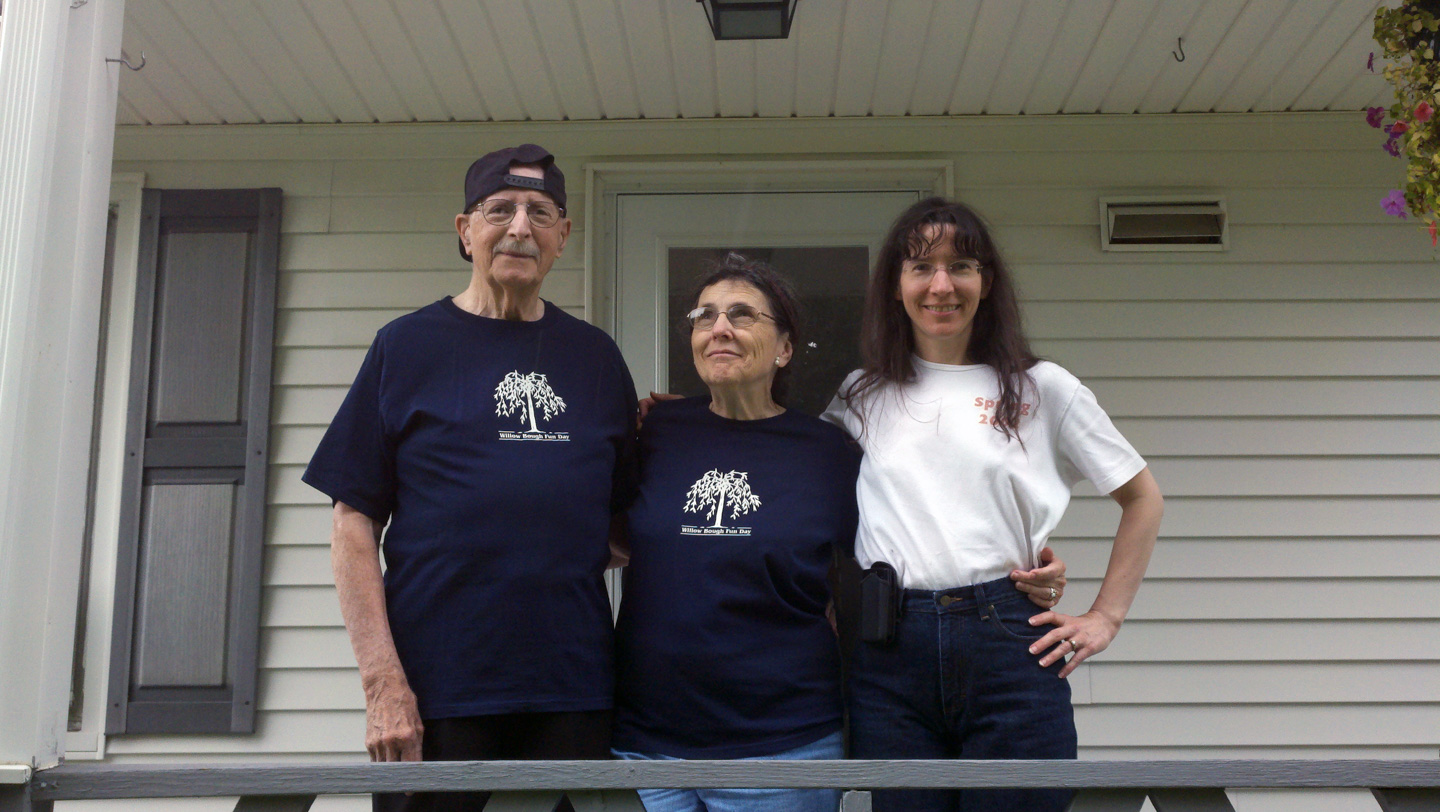 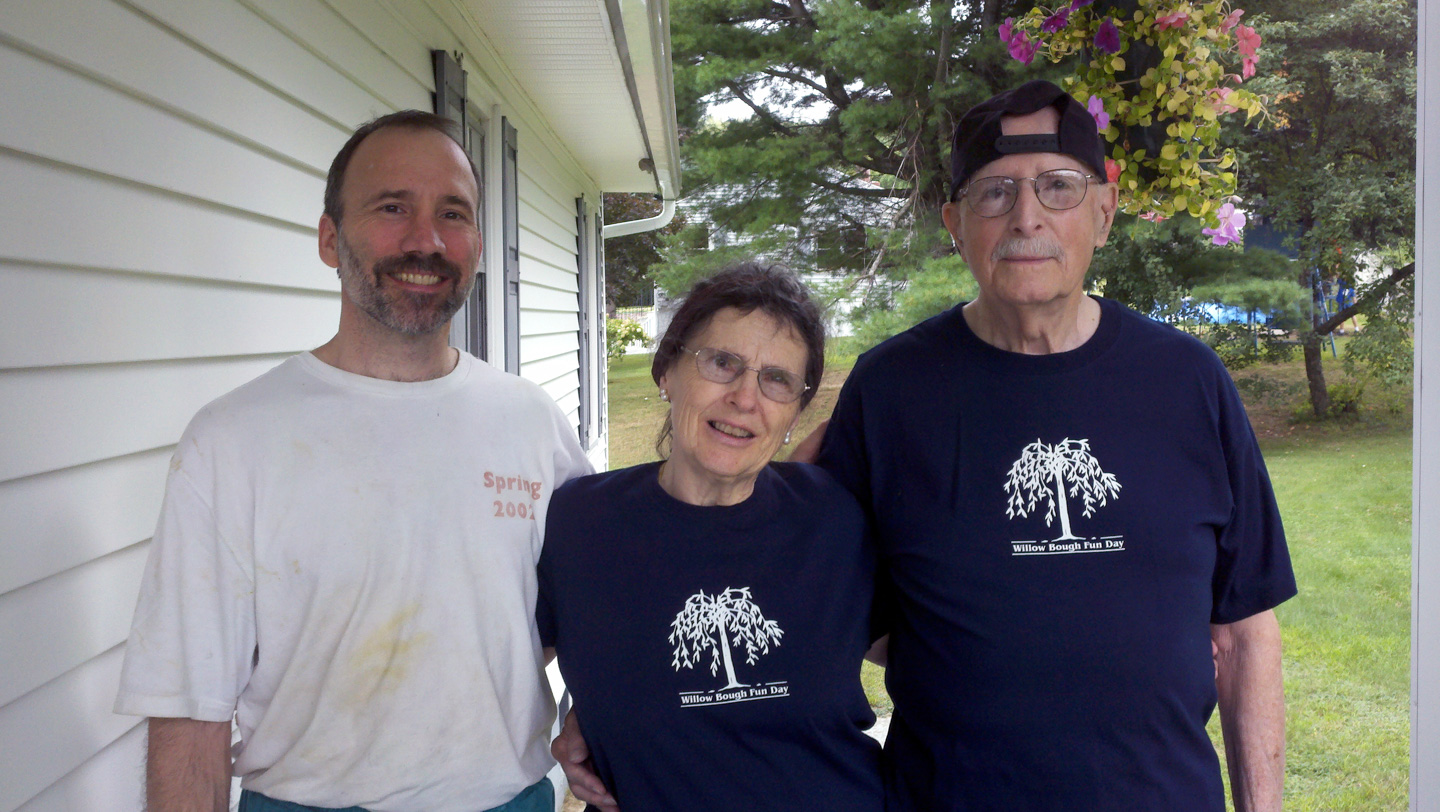 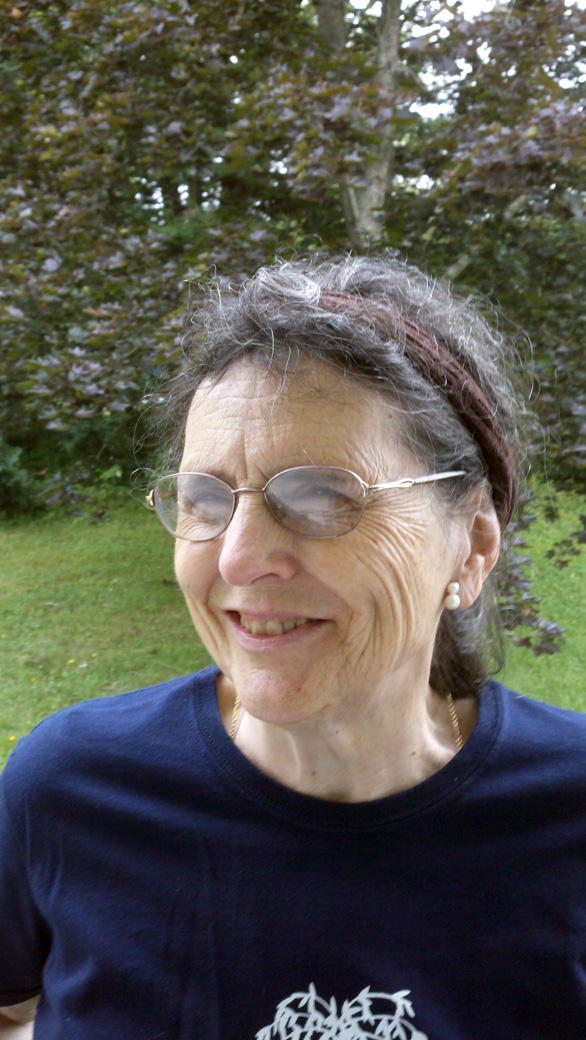 The Sebago camp is very nice. We stayed above the garage in the guest room. This is adjacent to the main house. Both building have lots of windows for taking in the view, and lovely woodwork. 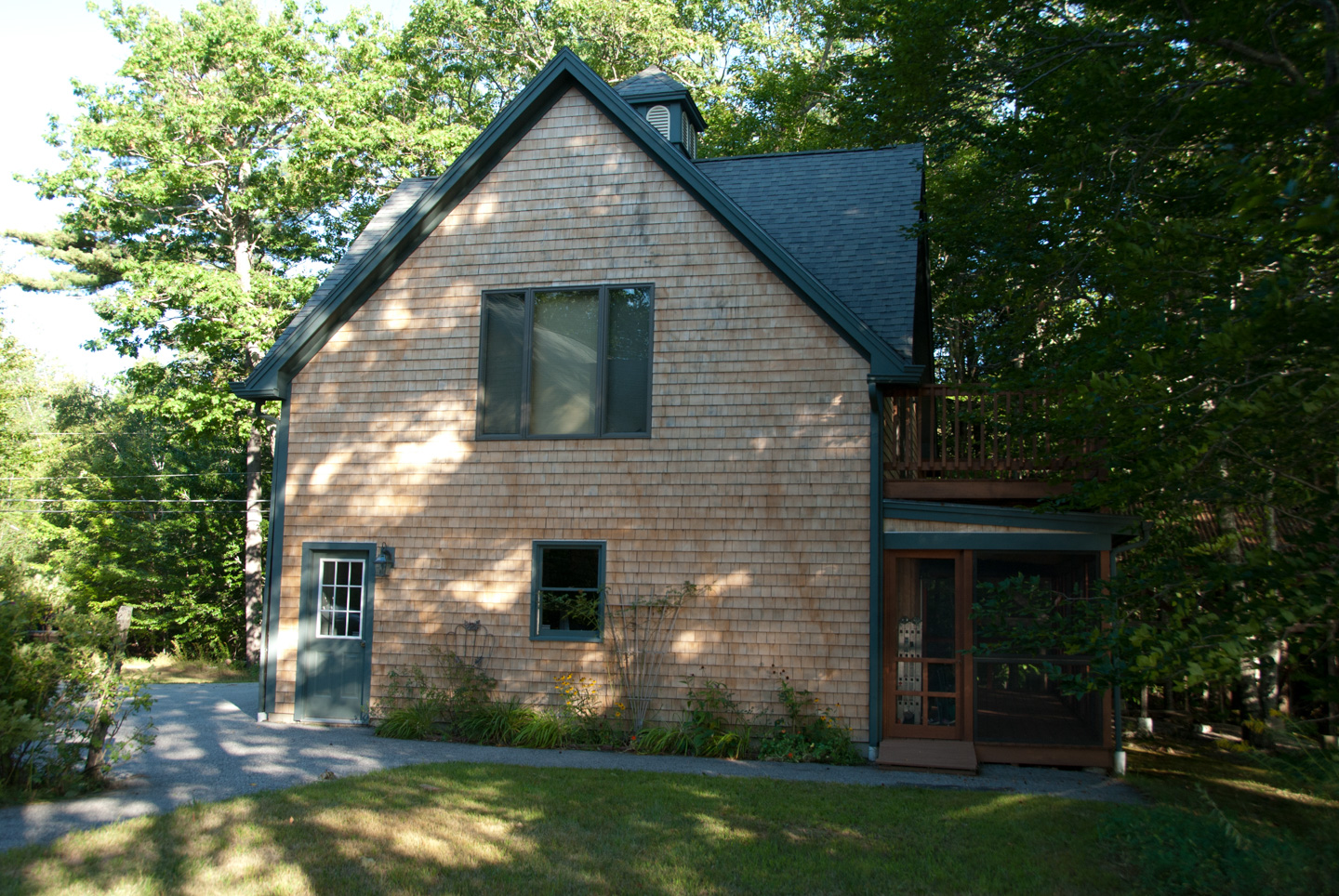 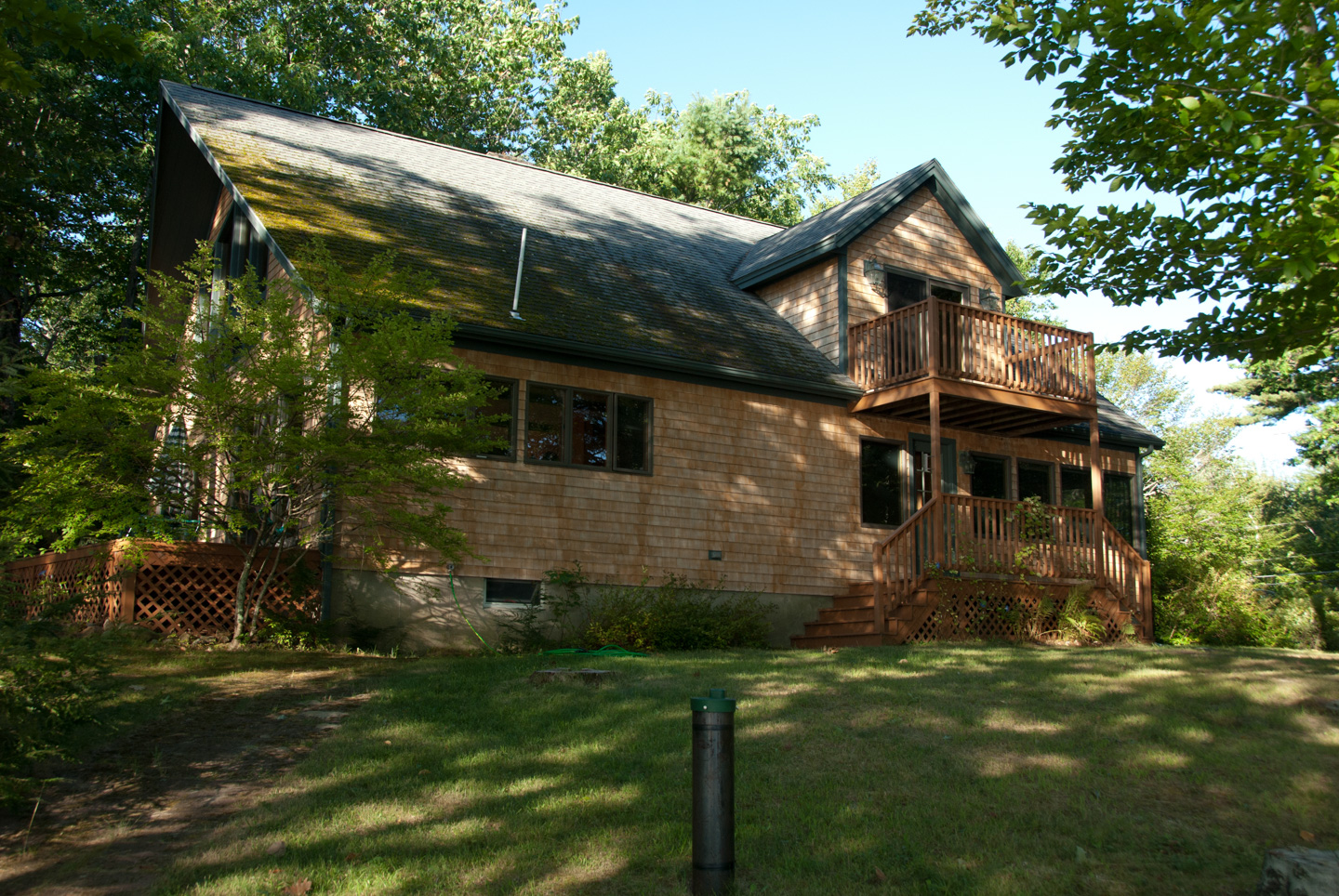 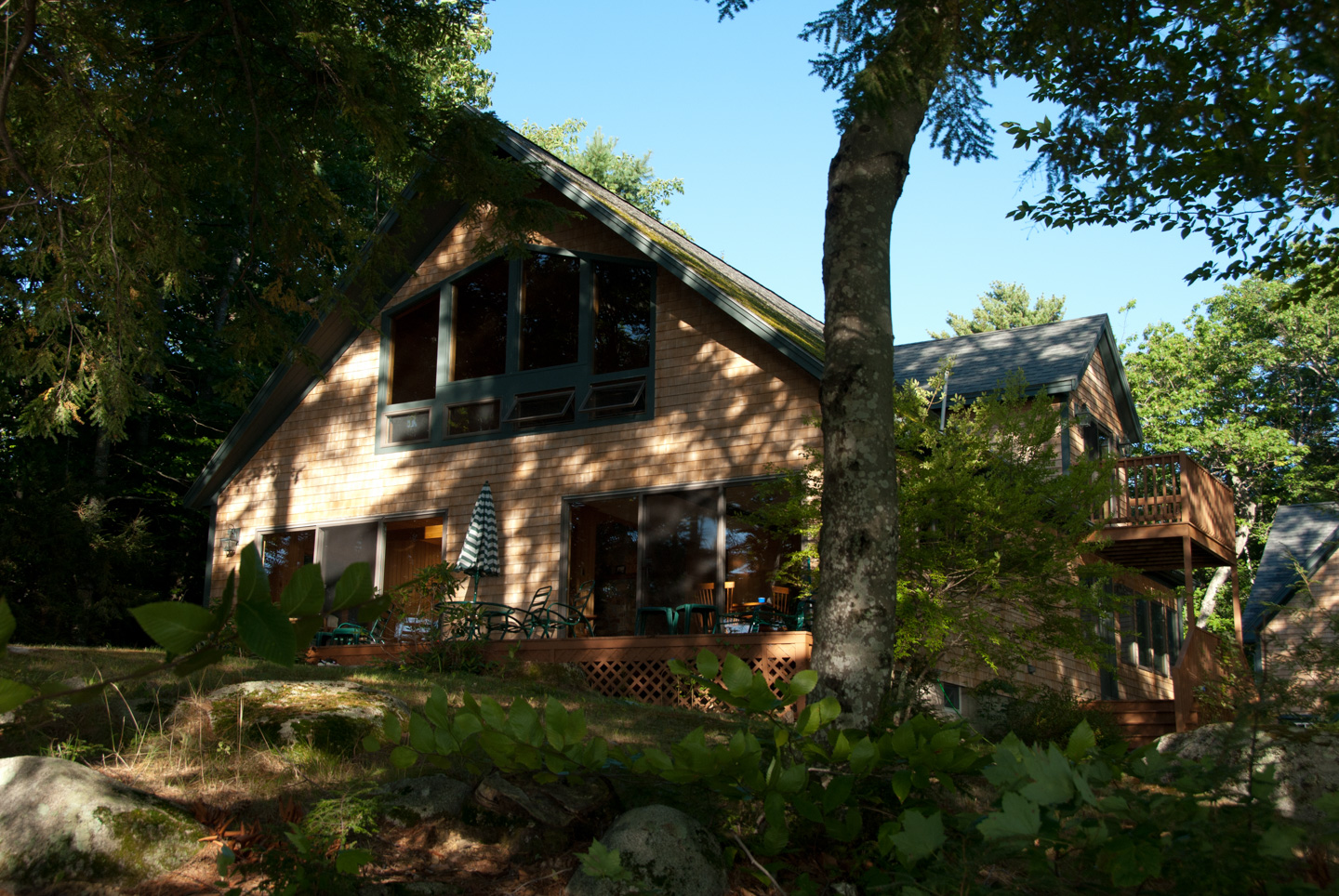 Down in front of the garage is a small dock with a picnic table, and a view of Blueberry Island. The water this direction is rather shallow, and makes for a good area to paddle around in the canoe. 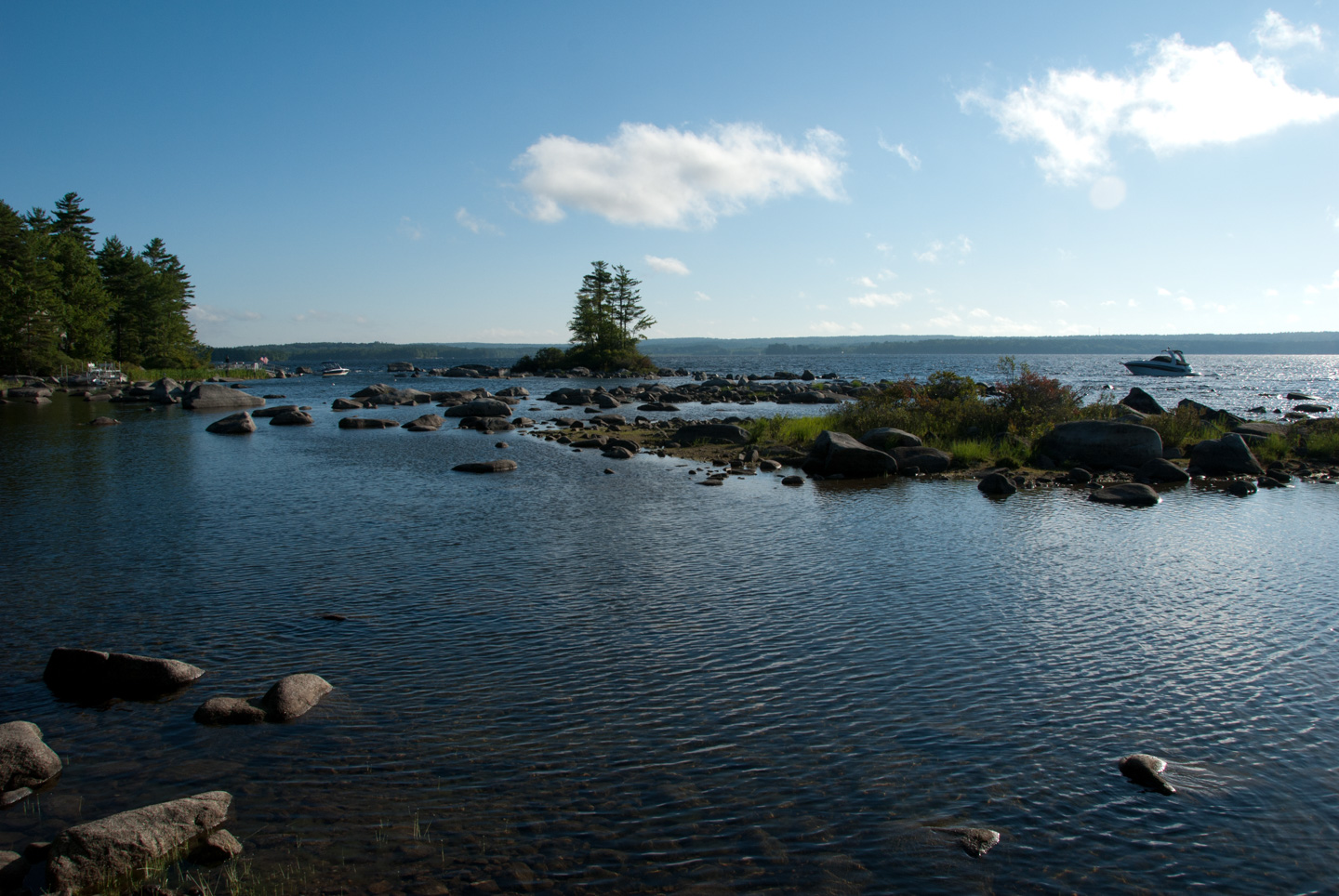 Out the other way is the water access and Monsieur S (the boat). Guarding the the area is an alligator. 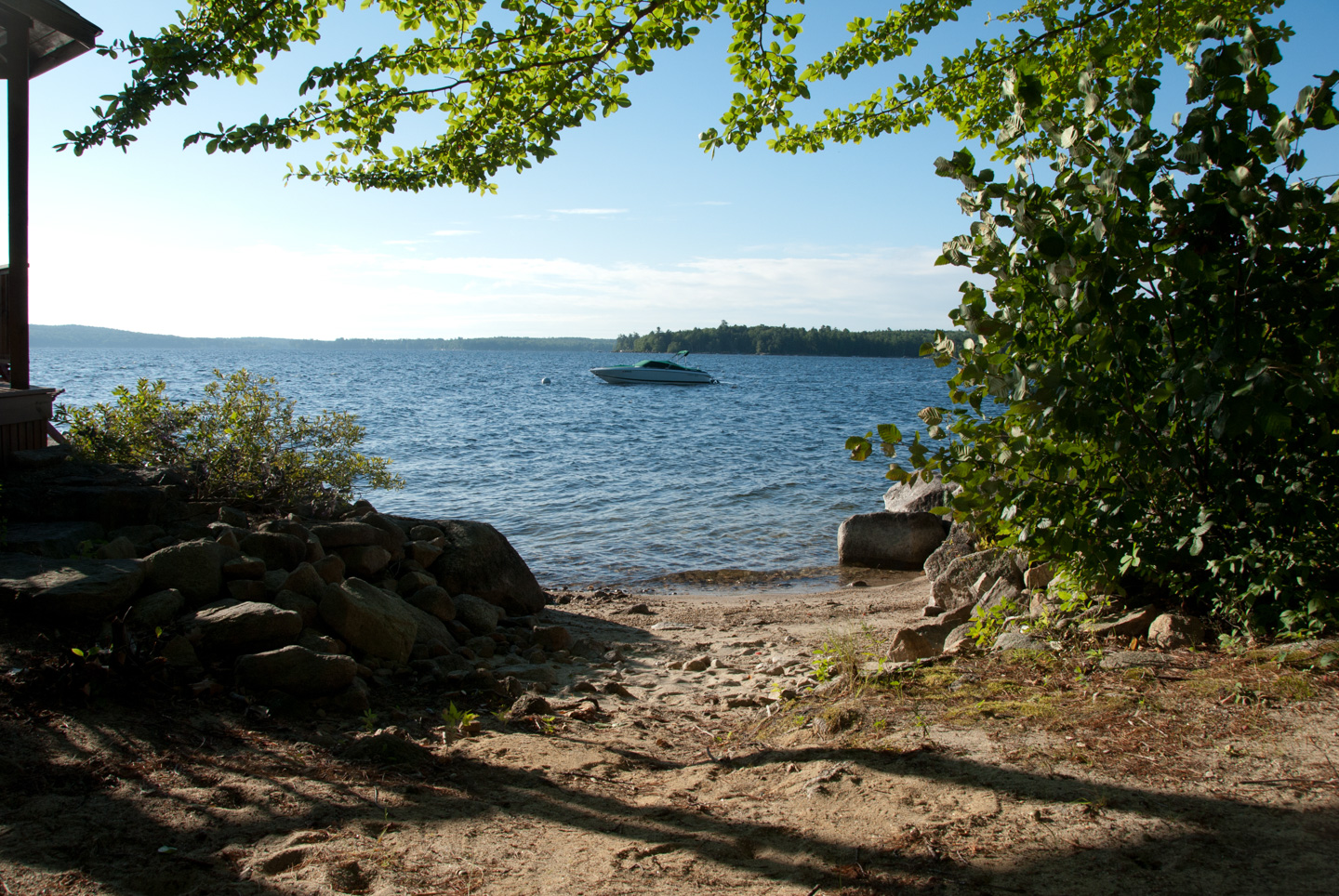 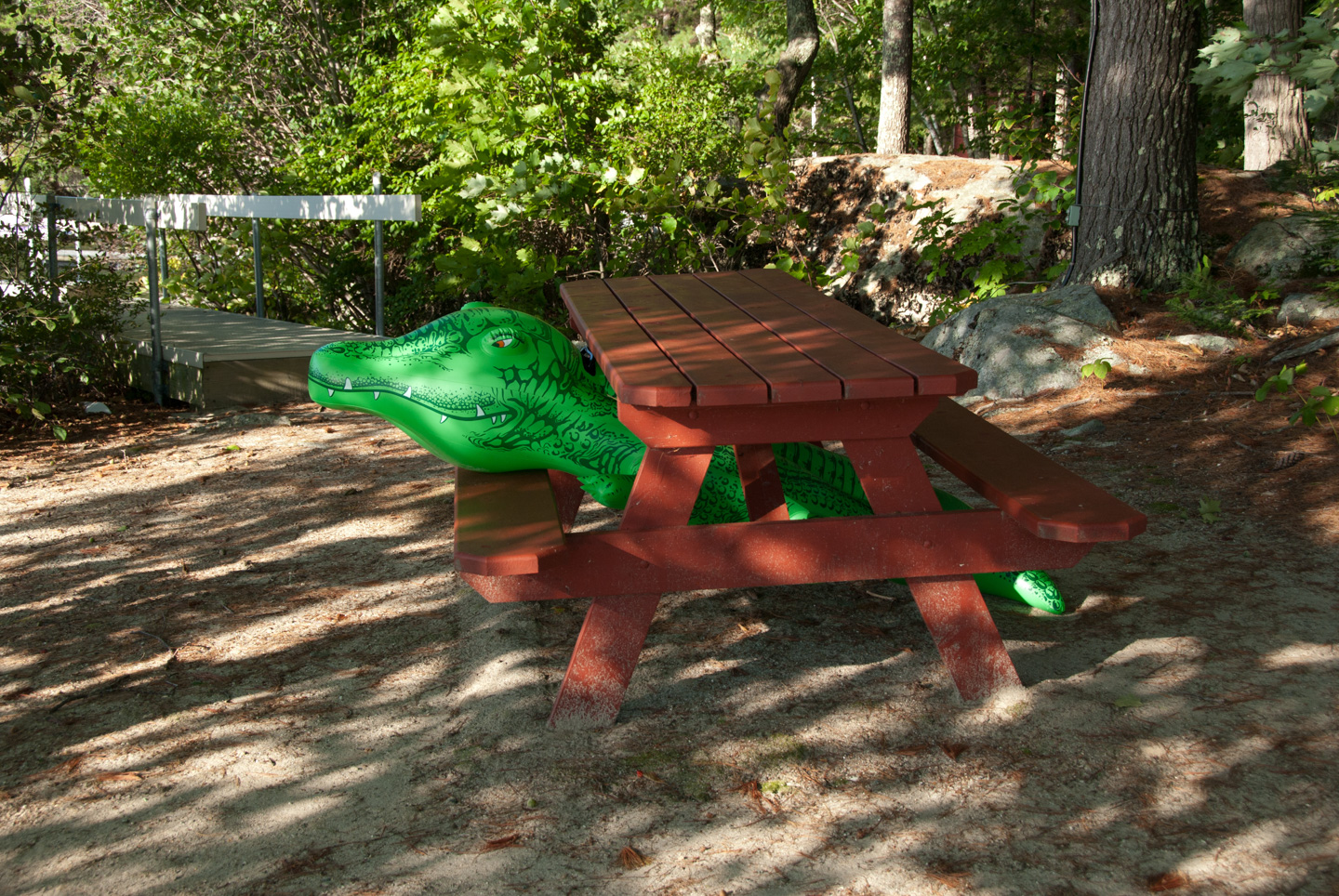 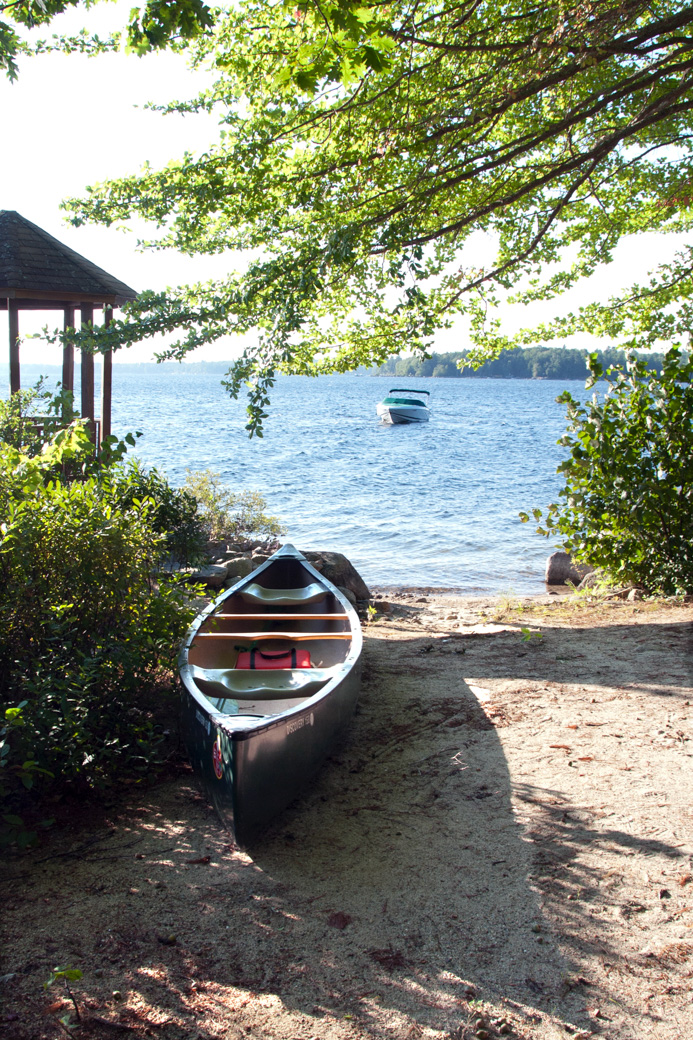 The views from the corner, looking to the little picnic table dock and then the main dock: 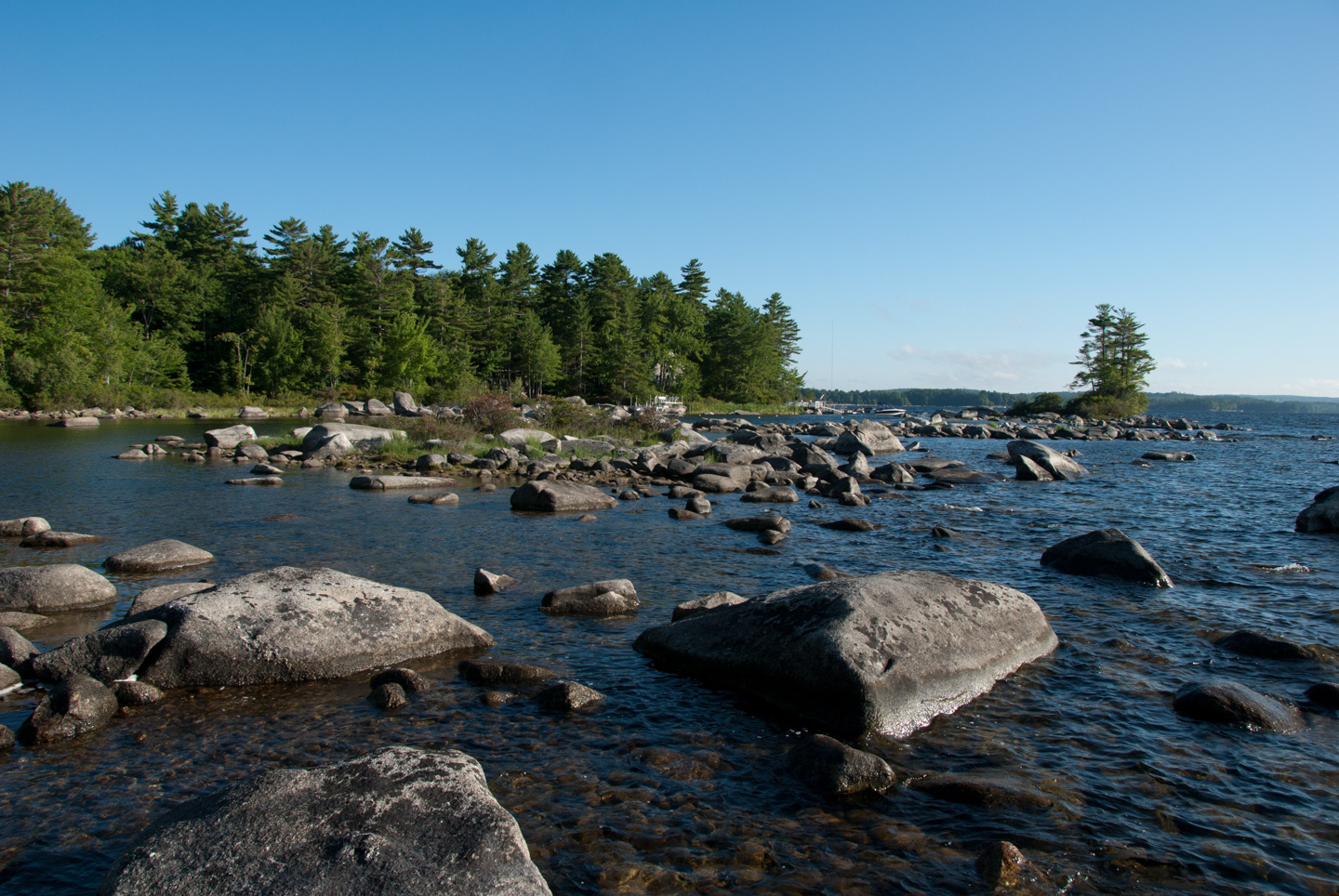 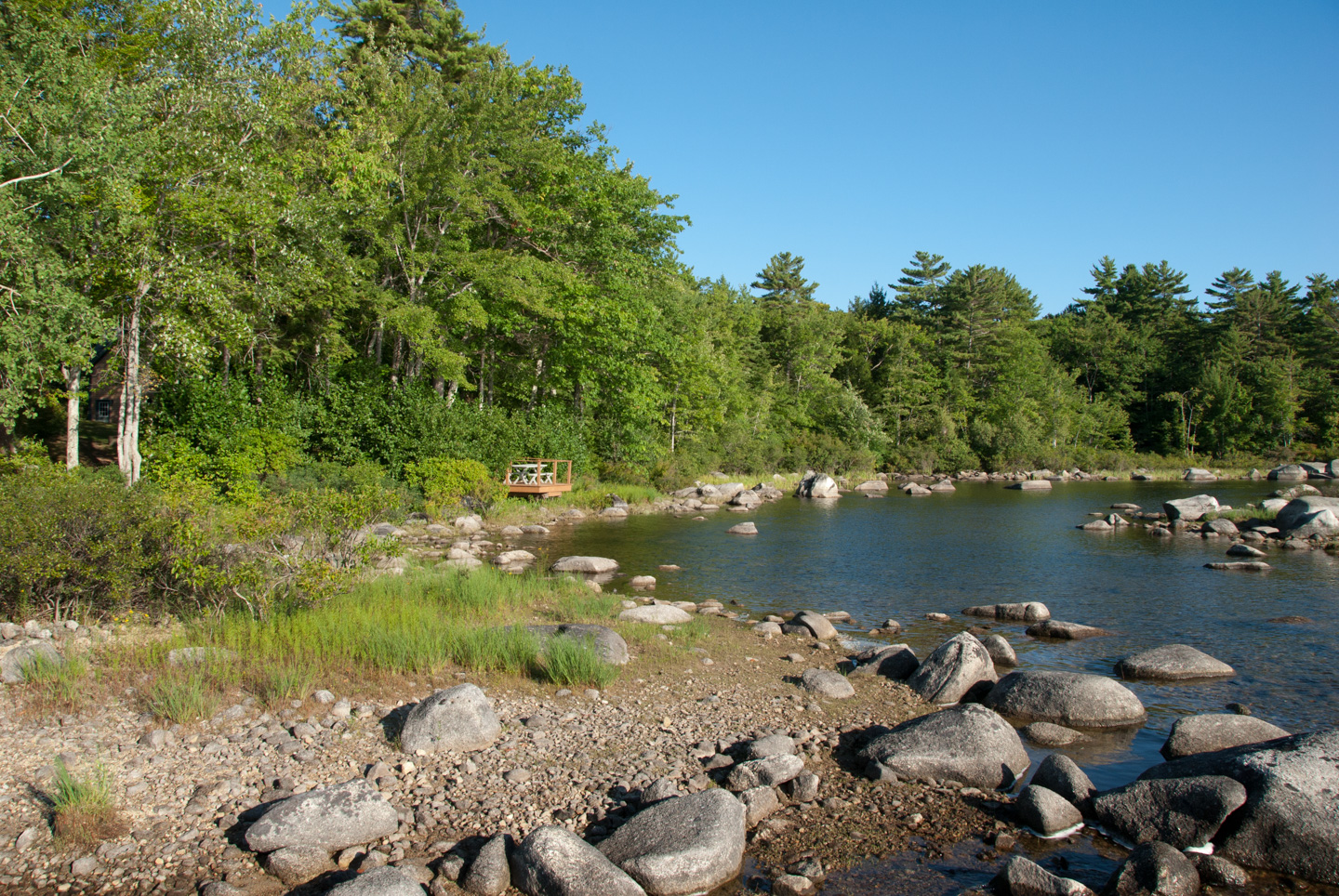 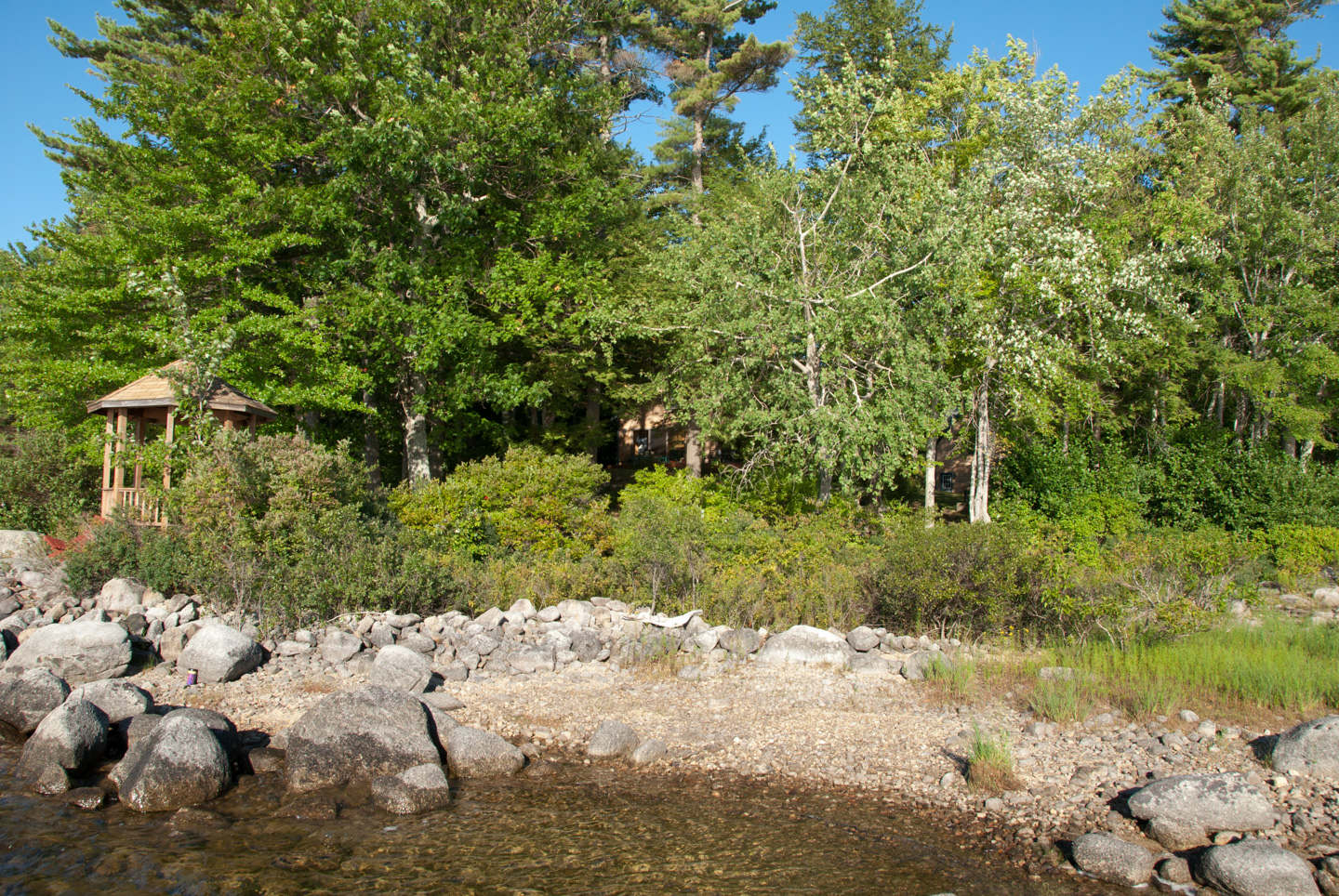 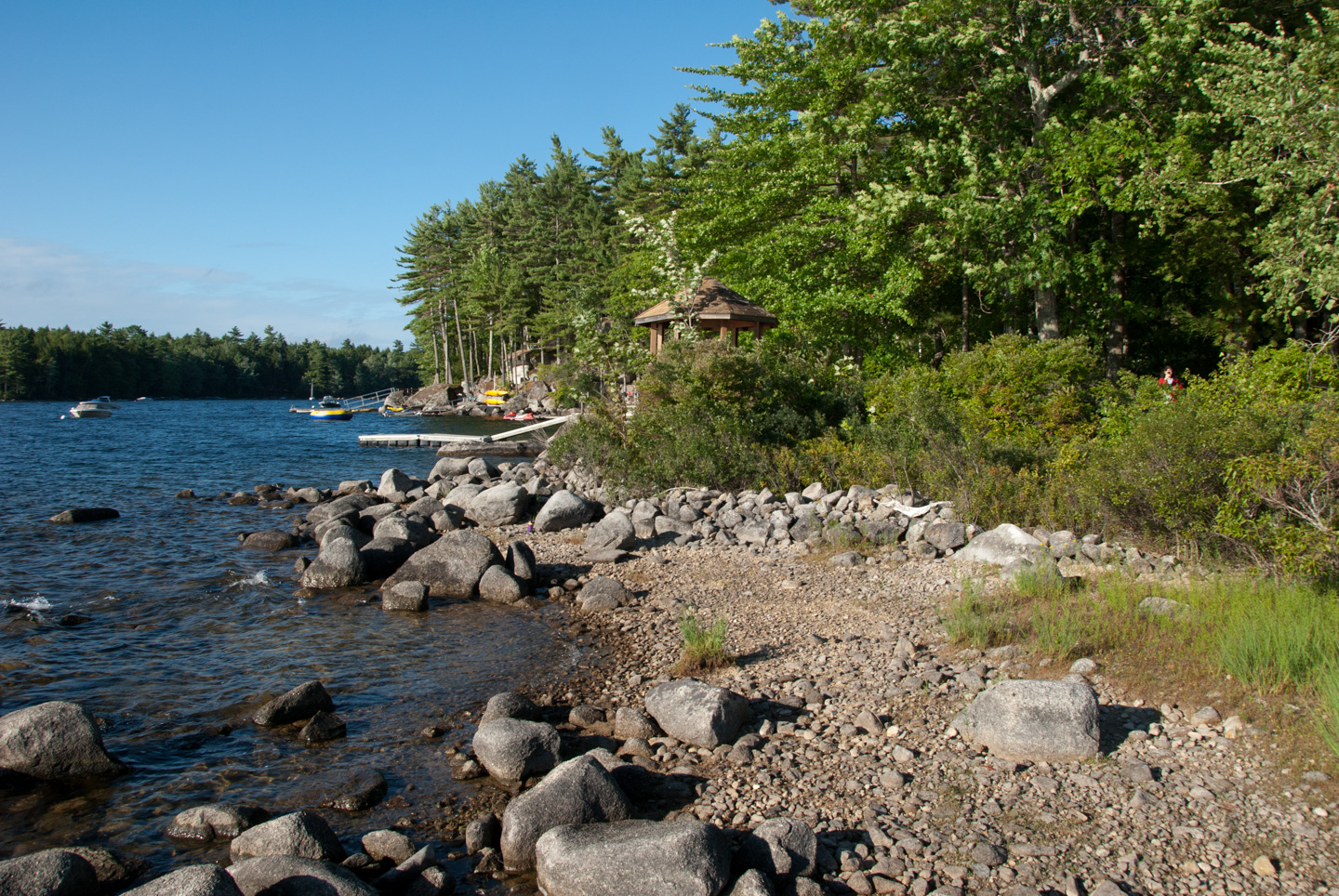 We had a busy week. One day we went up to Poland Springs and met my Mom & Gerry. After getting a bite at Cyndi's Dockside, we went to Poland Springs Preservation Park. This is at the site of the original spring ("The Source"); the water is now taken from deeper wells. 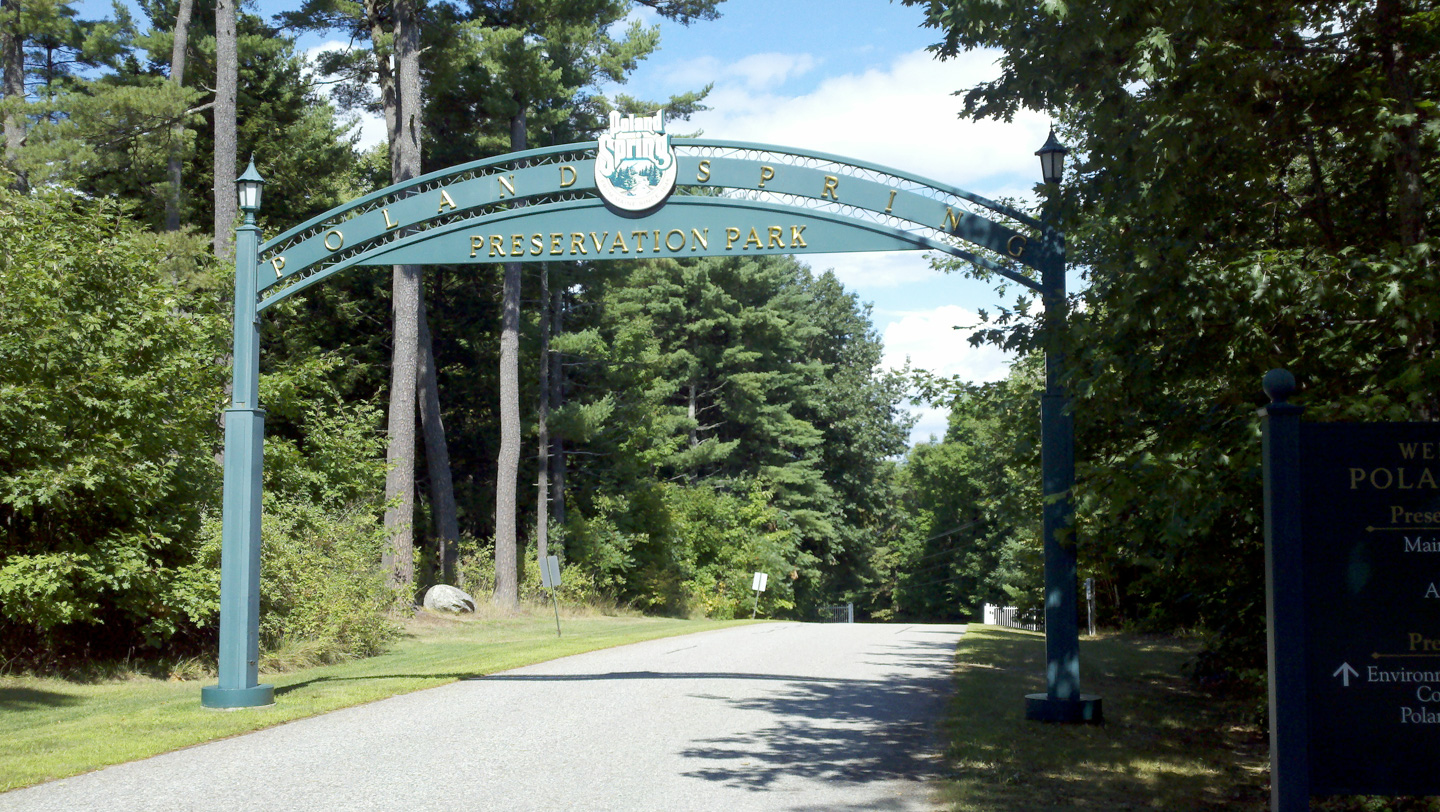 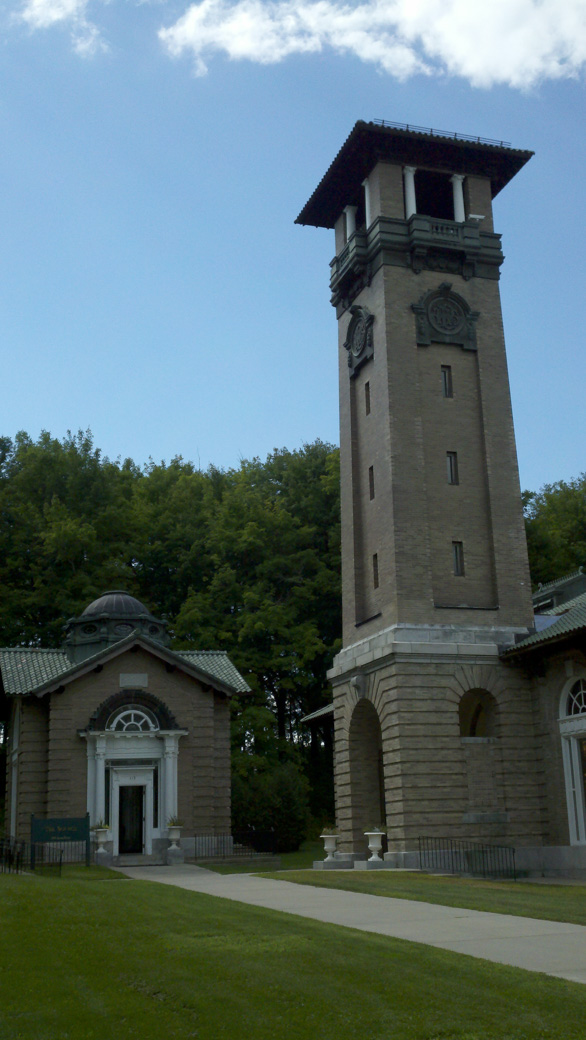 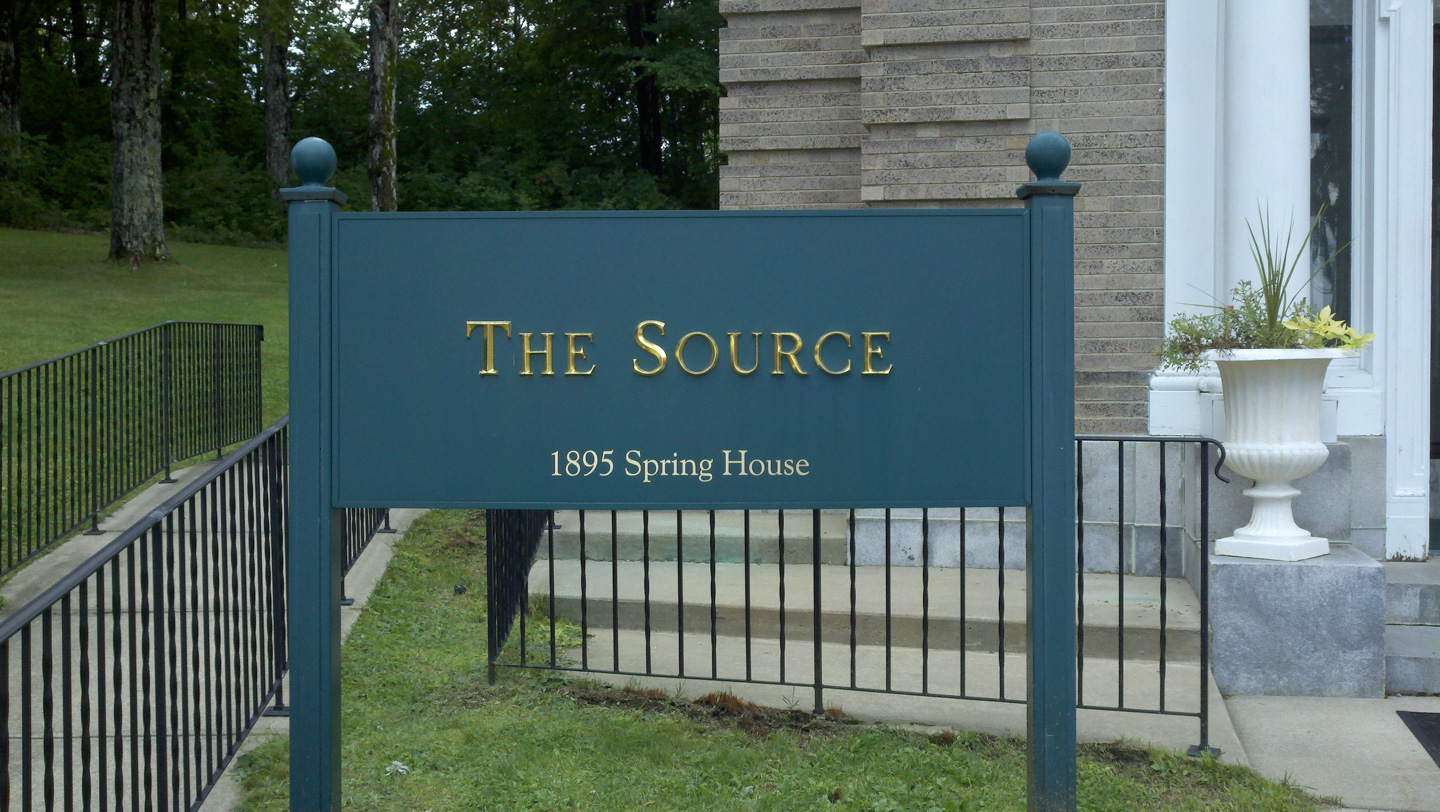 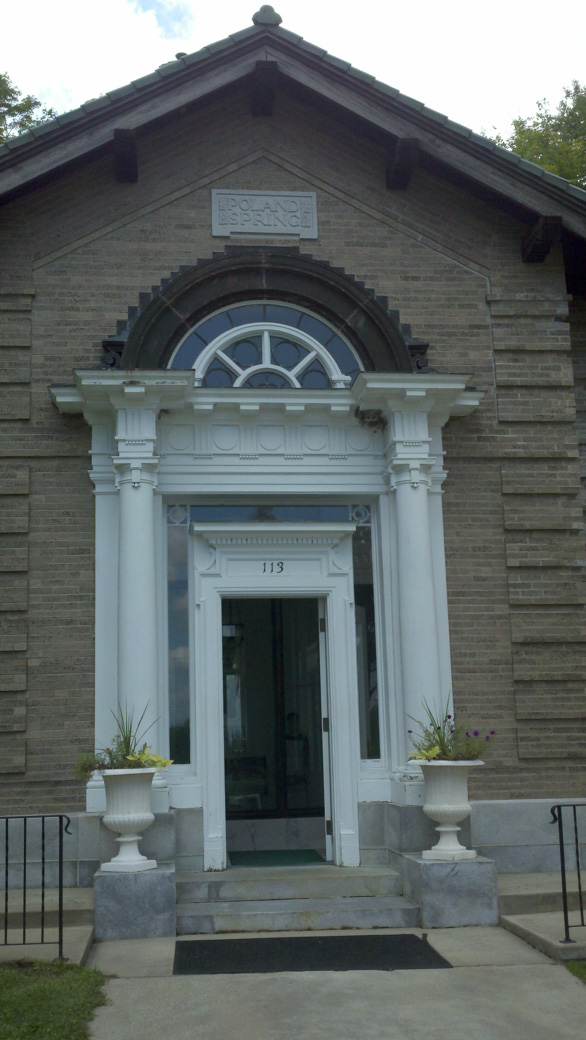 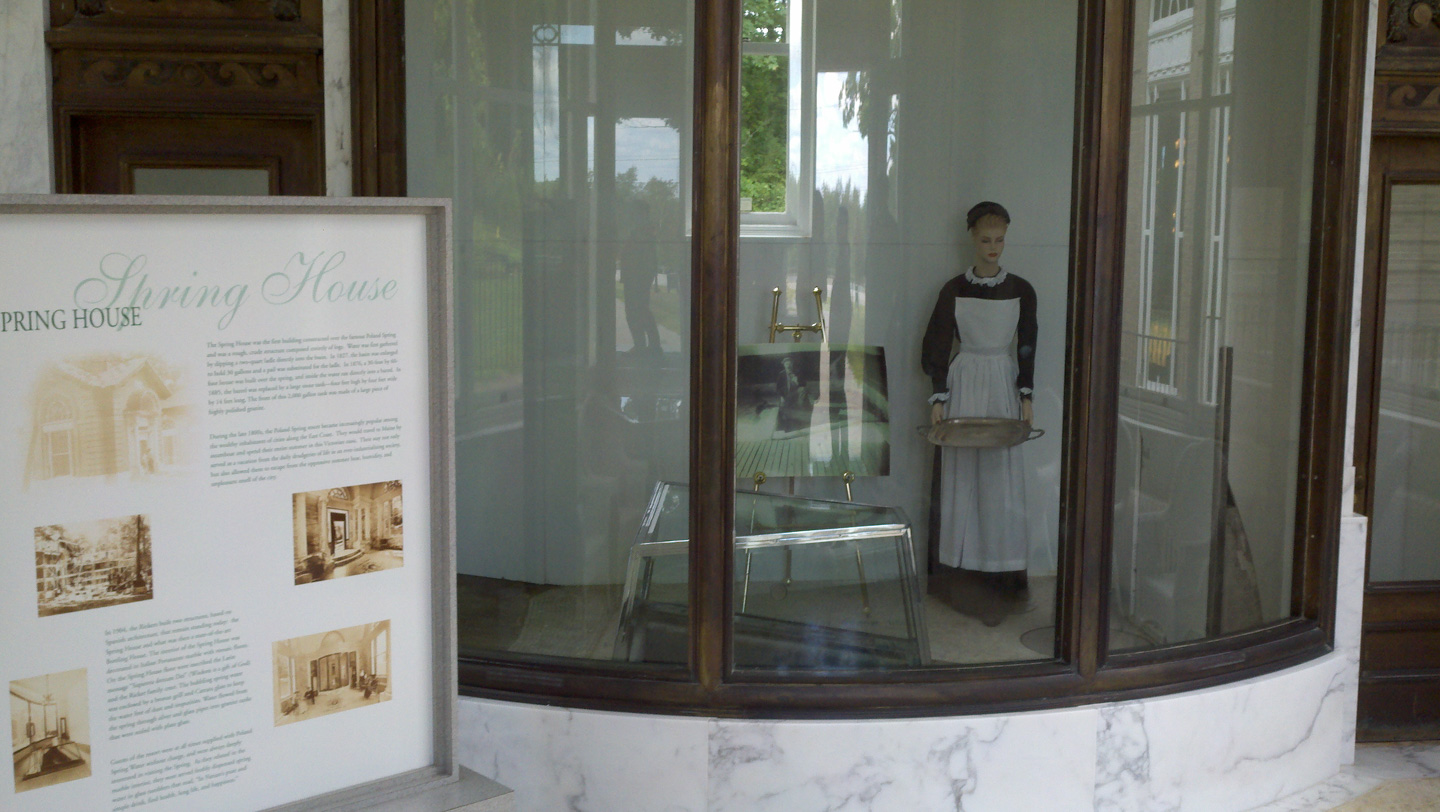 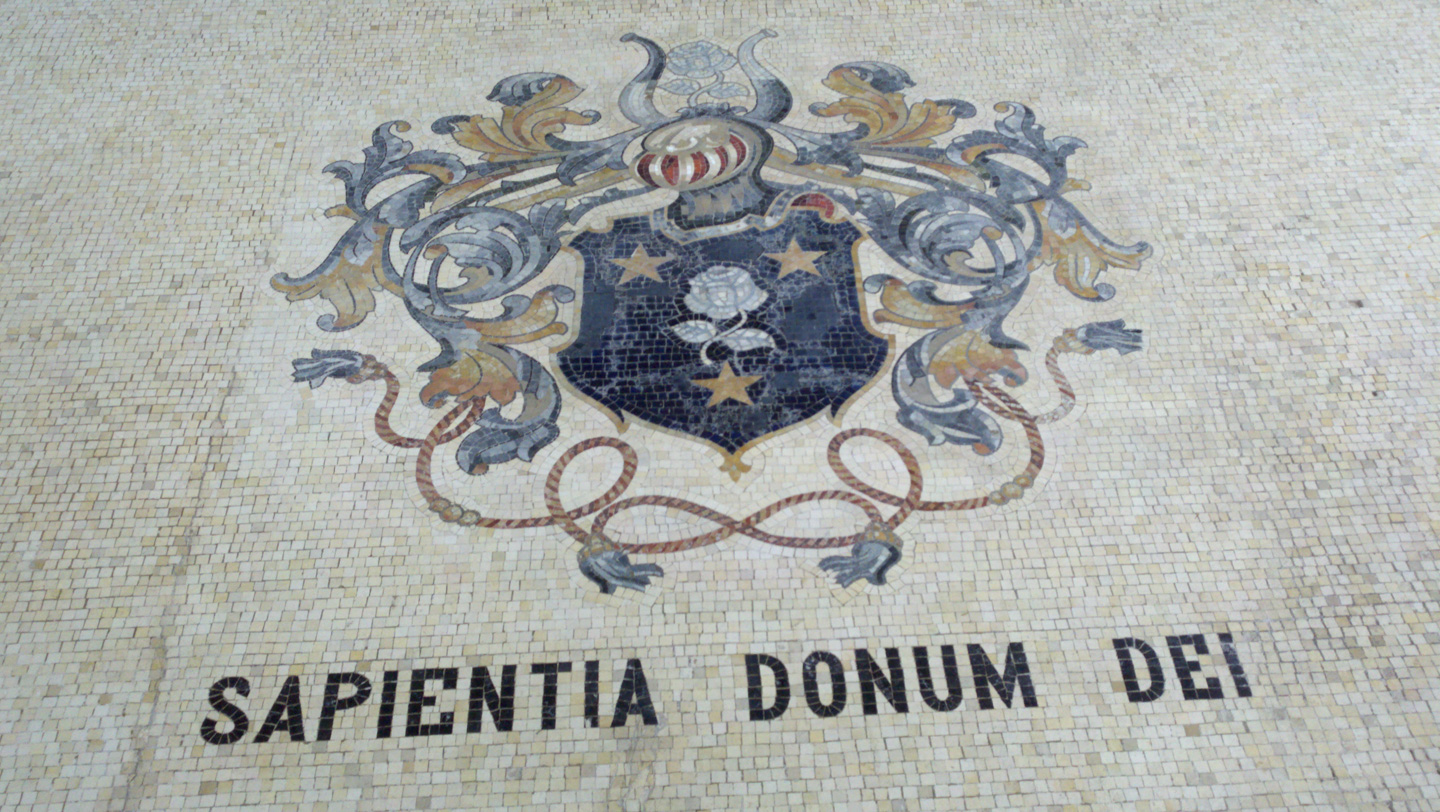 This is also the original bottling plant. The workers would have to take a shower & dress in whites. They had special opaque glass walls, even in the bathroom. The upstairs walls had many pictures and old advertisements. 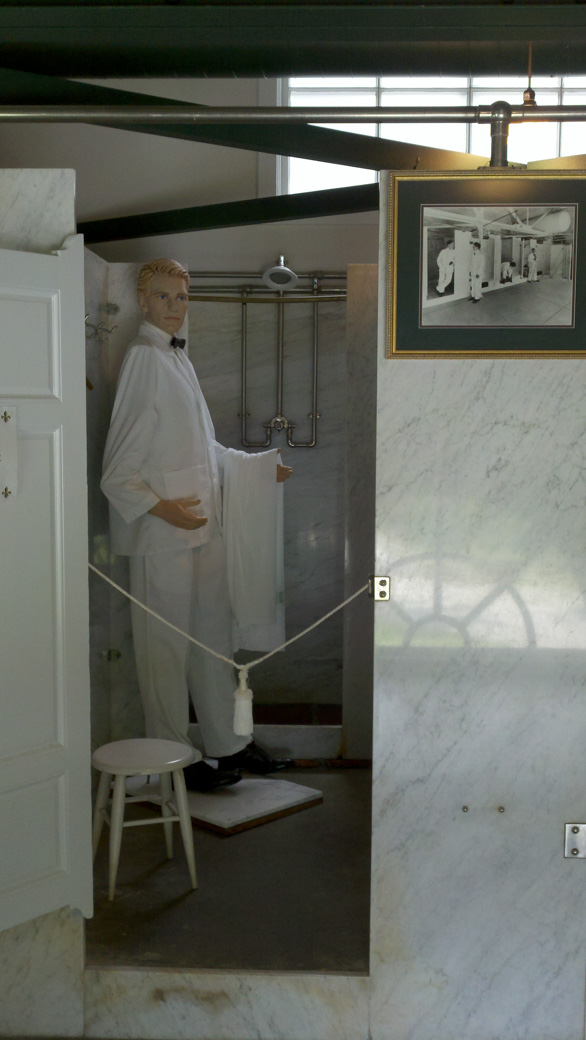 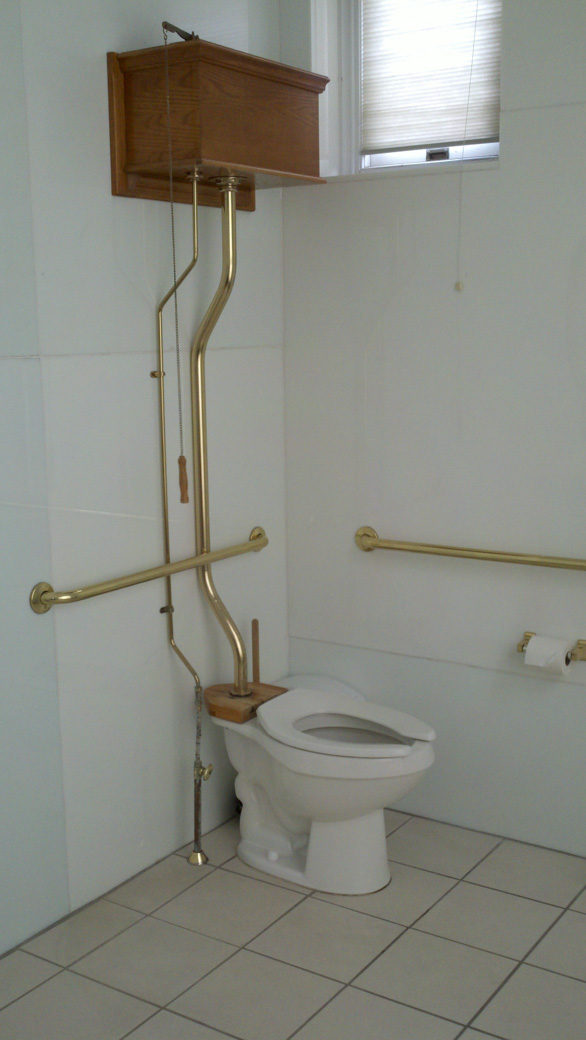 The Preservation Park is at the site of Poland Springs Resort. My Mom stayed there as a teenager with a Catholic Youth Camp, back before the main historic building burnt down. She says they were model hotel guests; I still wonder what the inn thought of that many teenagers coming in! The Maine Worlds Fair building is on this site as well. 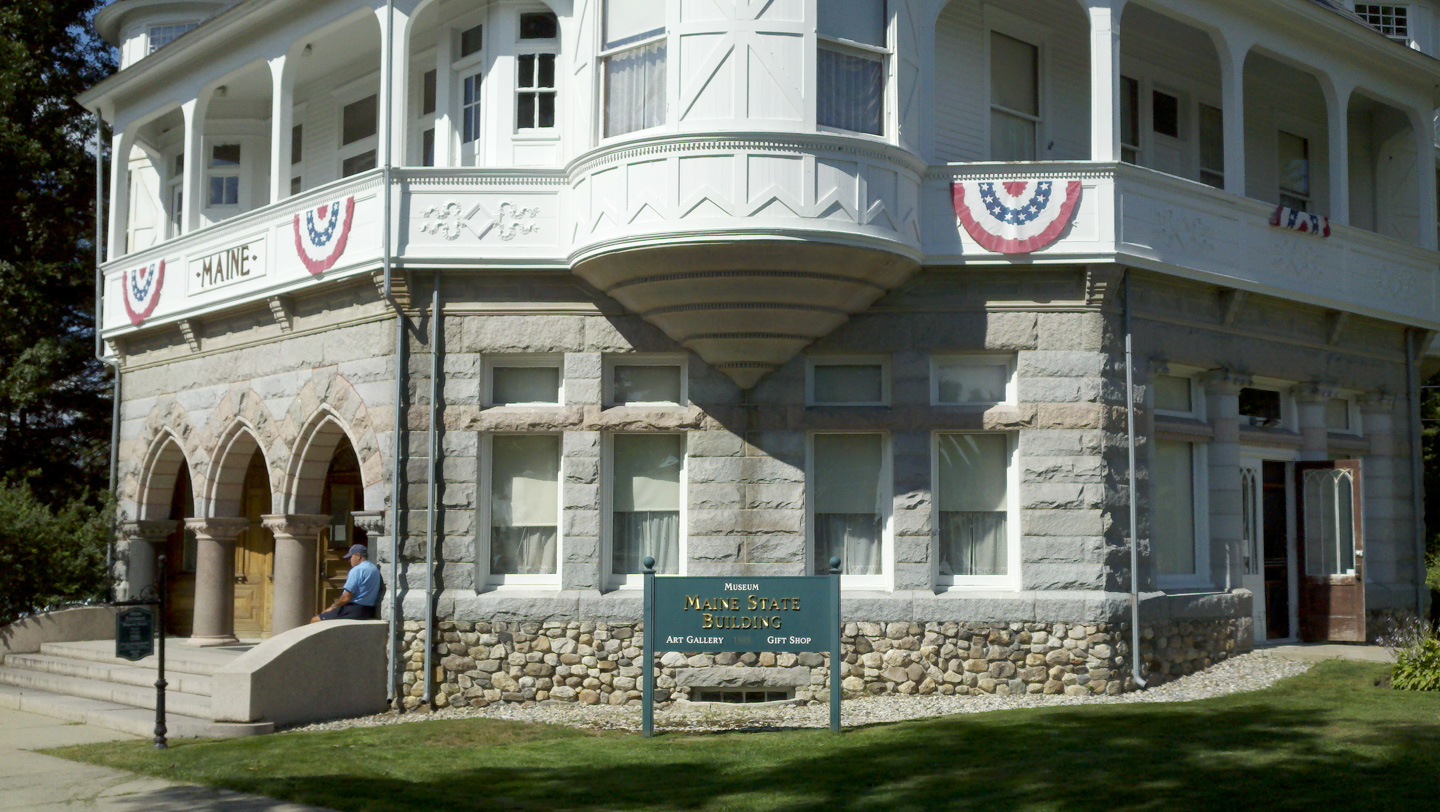 On the way back to Sebago, we made a SHOCKING discovery. (Enlarge the picture below.) 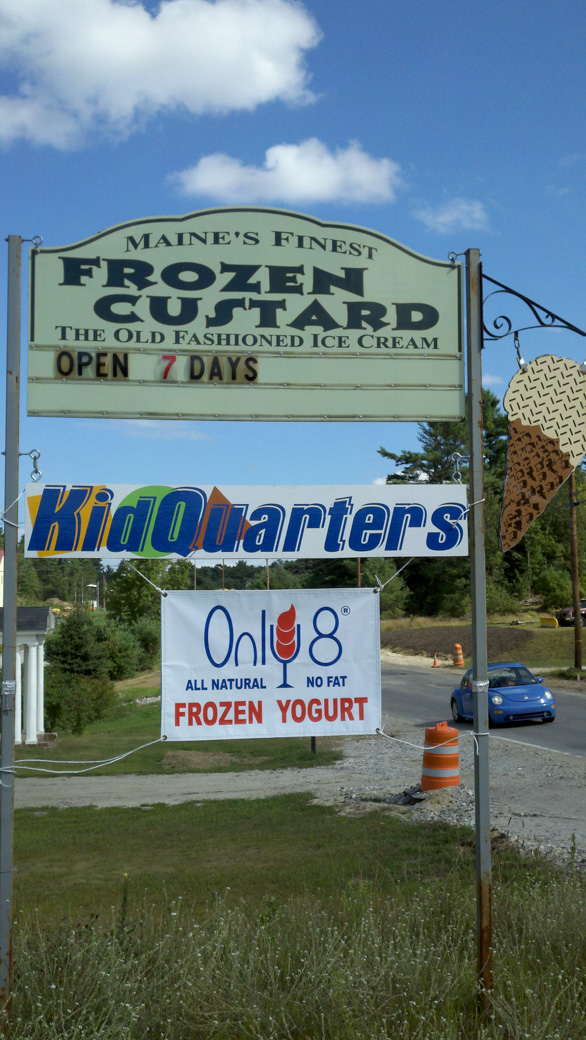 Yes, a different Frozen Custard stand that claims to be Maine's Best. Obviously, this could not be left untested. In case you didn't know, the Gray frozen custard is actually called Hodgman's Frozen Custard. This Poland Springs one is called Ruby's Frozen Custard. Hodgman's had vanilla, chocolate, and peach. Ruby's had vanilla, chocolate, Swiss coffee, and dolce. Ruby's wins one on having more - and better - variety. But the proof is in the custard. We got vanilla, Swiss coffee, and dolce. We had some of Hodgman's already at Sebago. That evening was the big taste test, involving Jenn, Diane, Frank, Lizzie, Paul, and Anne (me). The results: Ruby's had a creamier texture, and stronger flavor. Jenn felt that Hodgman's vanilla was better, Paul liked Ruby's, others liked aspects of both. Most of us liked the Dolce. Jenn felt that Ruby's coffee (which actually had little bits of chocolate in it) was superior to Hodgman's.

So the verdict is that Ruby's can make their claim, although it is not without some competition.

We had the opportunity to see Jupiter's moons over Sebago. They were lined up in a straight line for use a couple evenings. Paul's new Droid phone has an app that mapped everything out, so we new just what we were looking at. Of course you can't see them in this picture. 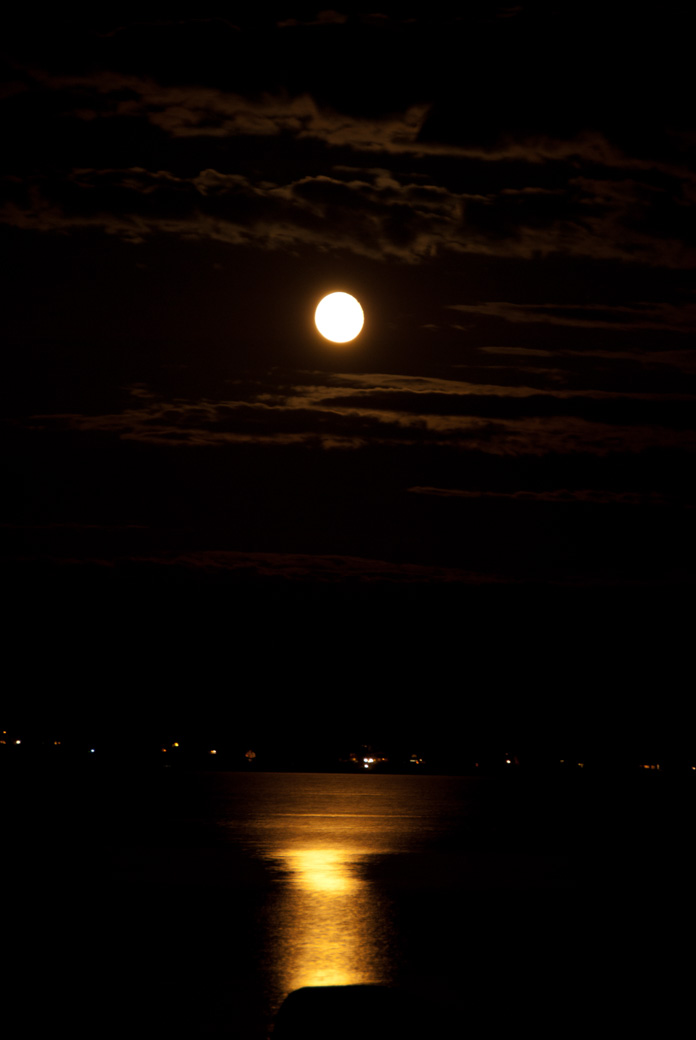