Paul & Anne have had a few visits up to Maine this summer (2014). The first was in June, when Ted and Chuchang came up for vacation. We didn't make the larger gathering on Saturday, but went up on Thursday for a visit. Ted and Chuchang were scheduled to arrive Wednesday night, but as often happens with traveling they actually only got to Lewiston at around 1 AM Thursday. Chuchang was still recovering from her time zone whirlwind changes with her return from China and Taiwan. But she was a trooper and joined us for lunch. We went to our favorite lunch spot, Gritty's. 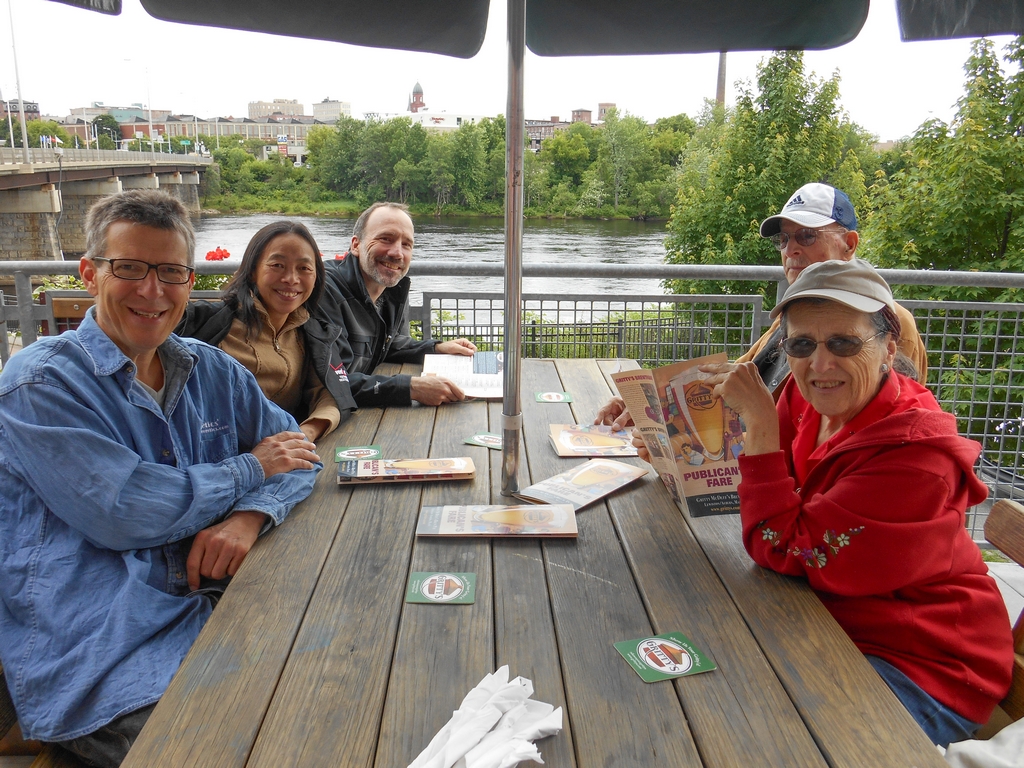 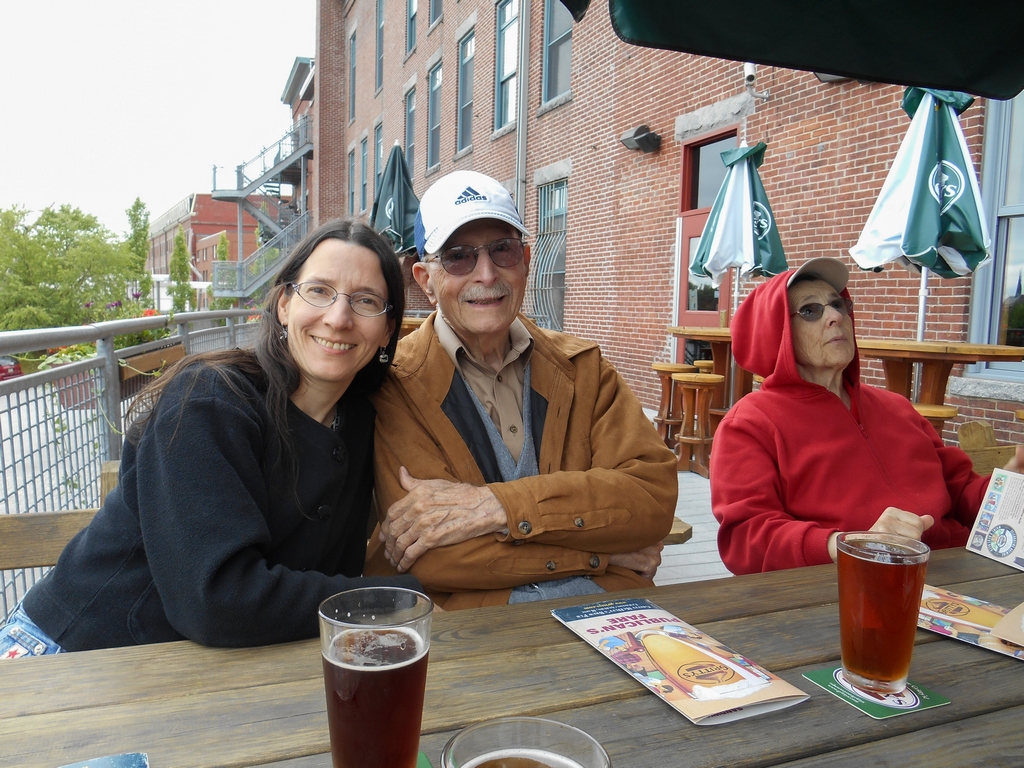 After lunch, and dropping Chuchang off so she could take a nap, we went on a tour of Baxter Brewing. They are a can-only small brewery that is located in one of the old mill buildings downtown.

Mom, Gerry, and Paul waiting for our tour to start: 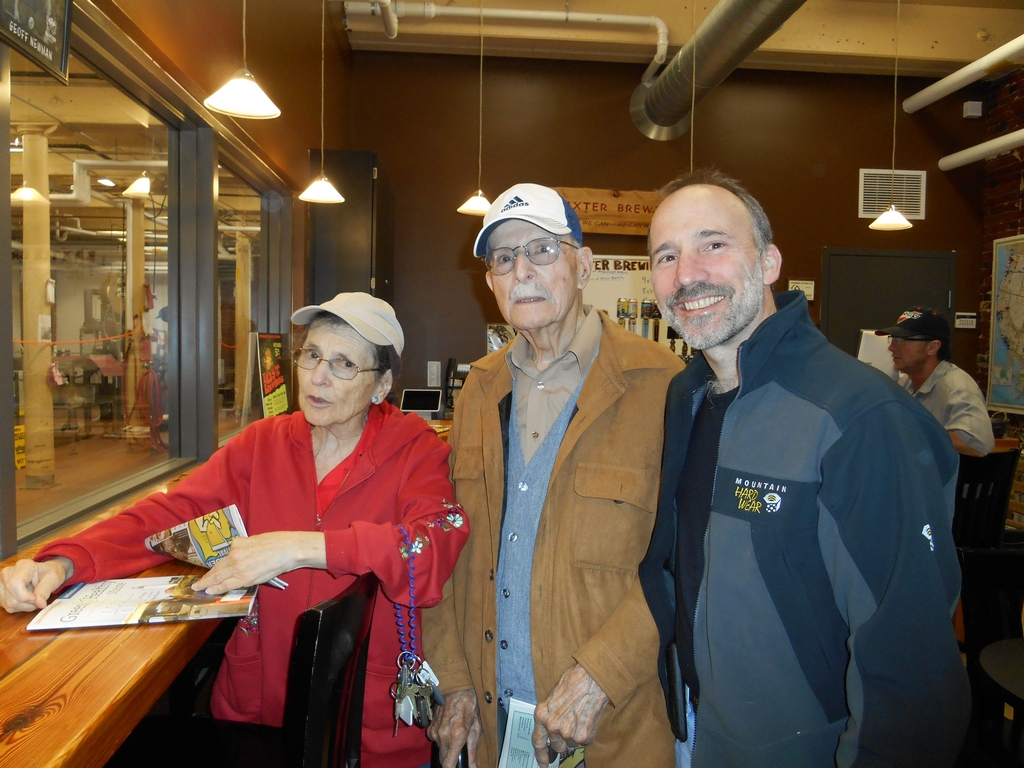 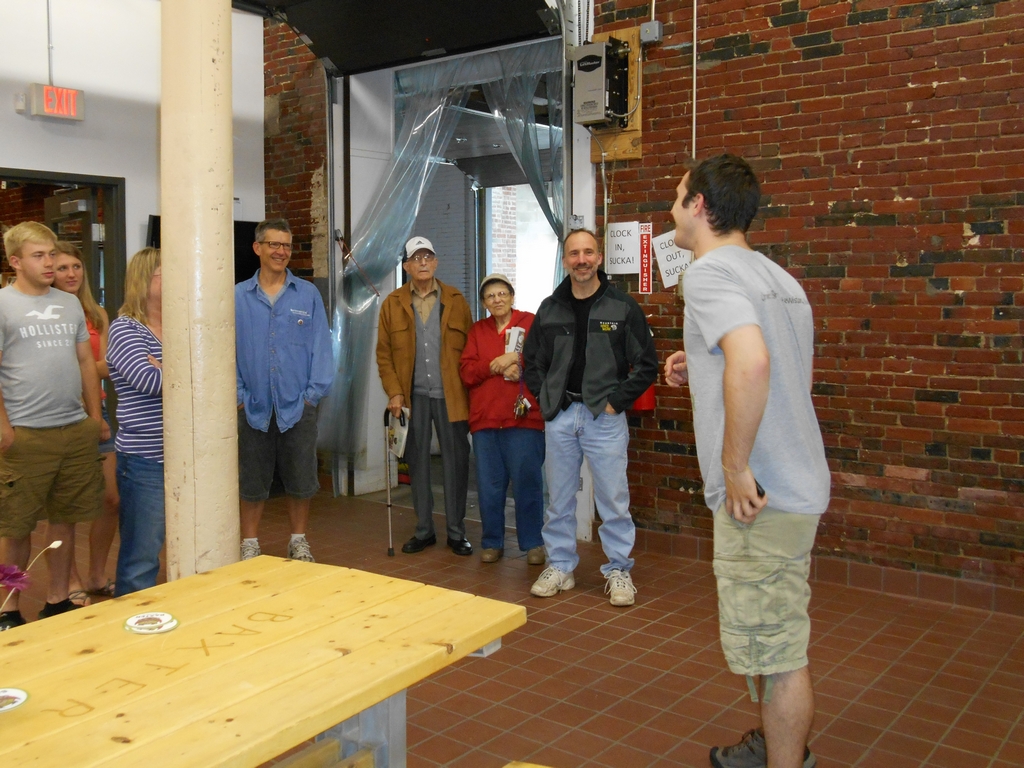 They had everything nicely labeled for us: 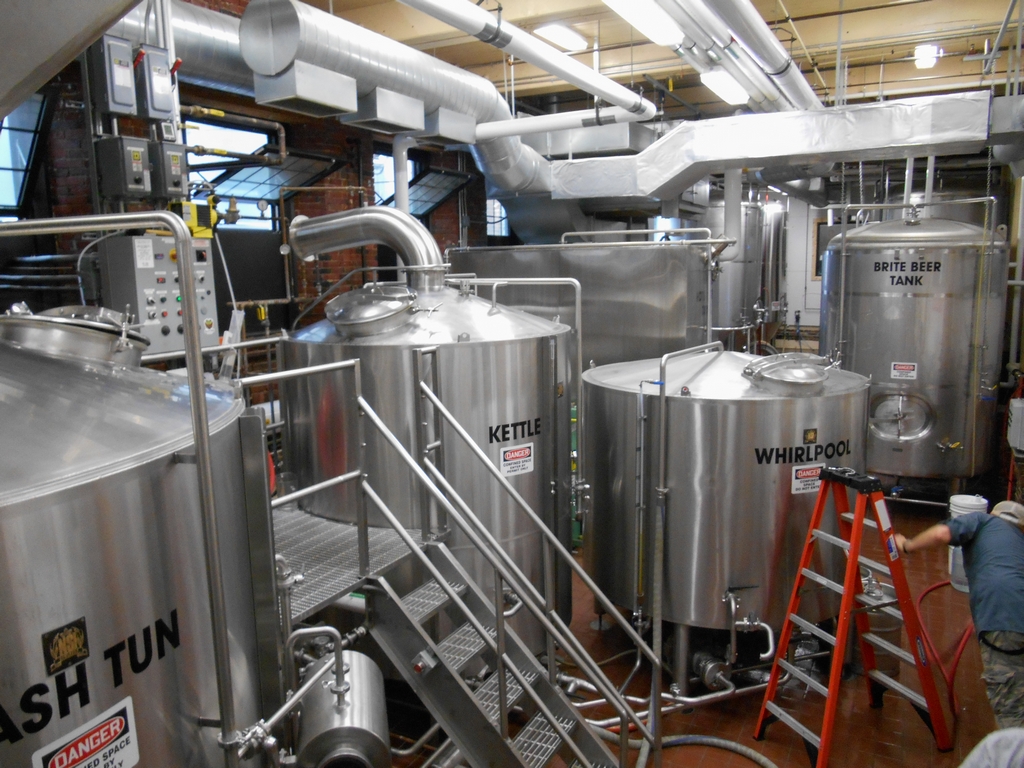 Afterwards, Paul and Anne stopped by the Veterans Park that is on the edge of the Androscoggin River. For Gerry's birthday this year, Mom had his name added to a stone. 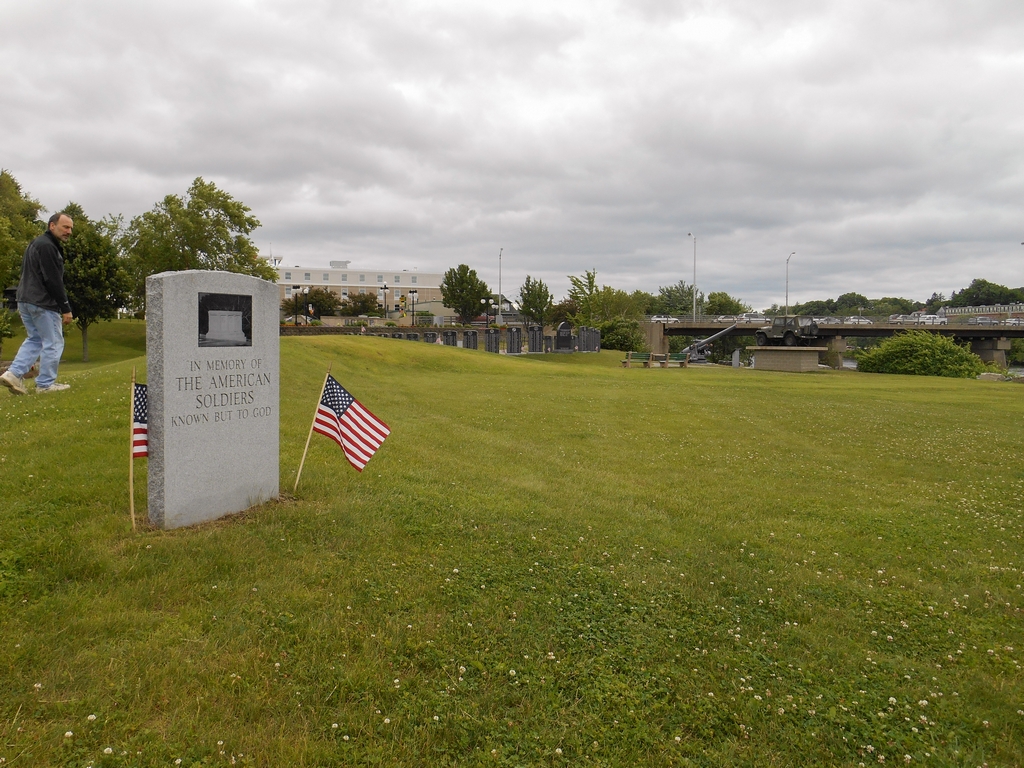 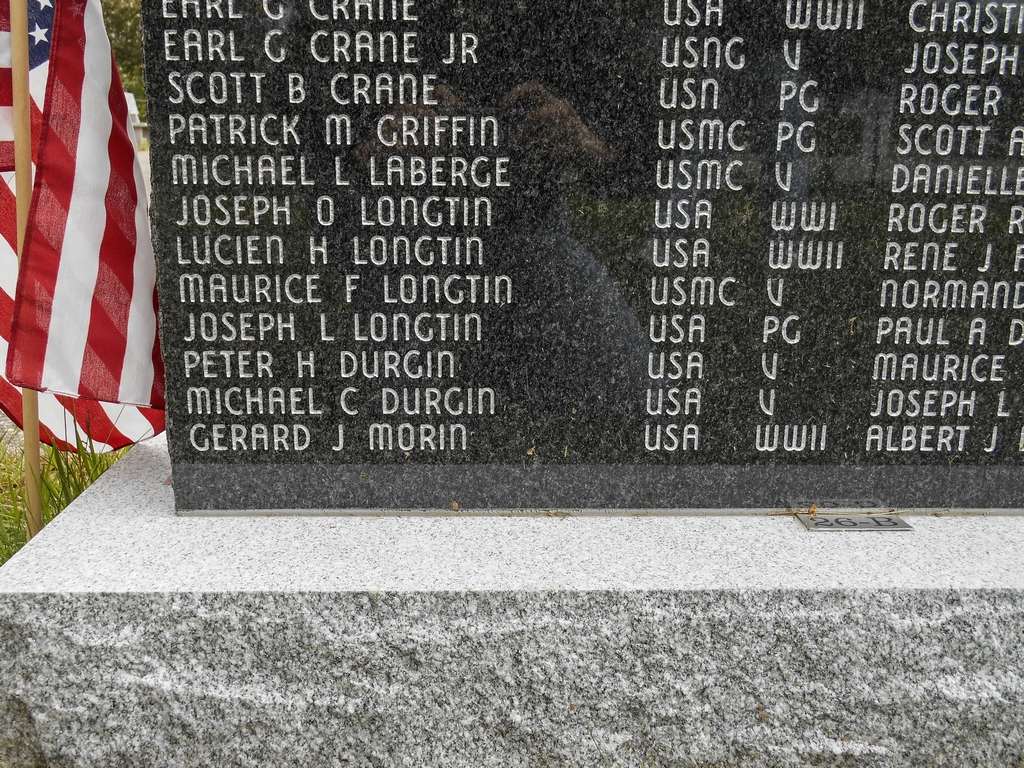 Our next visit was in early August, where we went up for a weekend. We wanted to visit, and Paul wanted to repair a couple of window sashes. Anne got to see someone practicing for the following weekend's Balloon Festival. 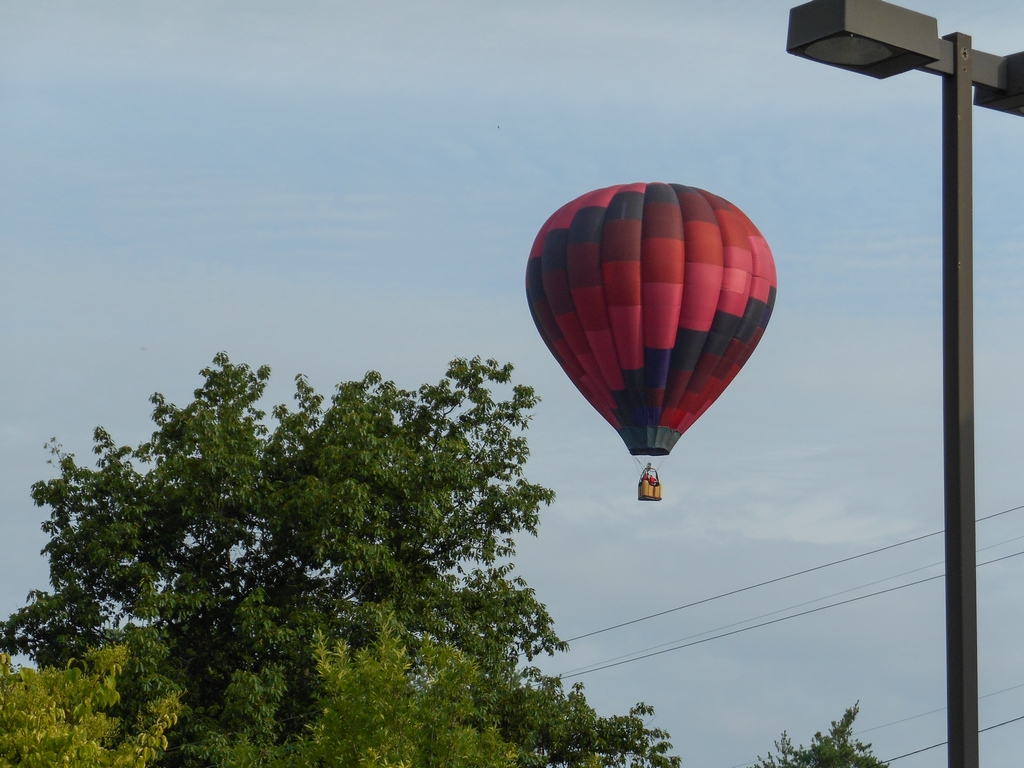 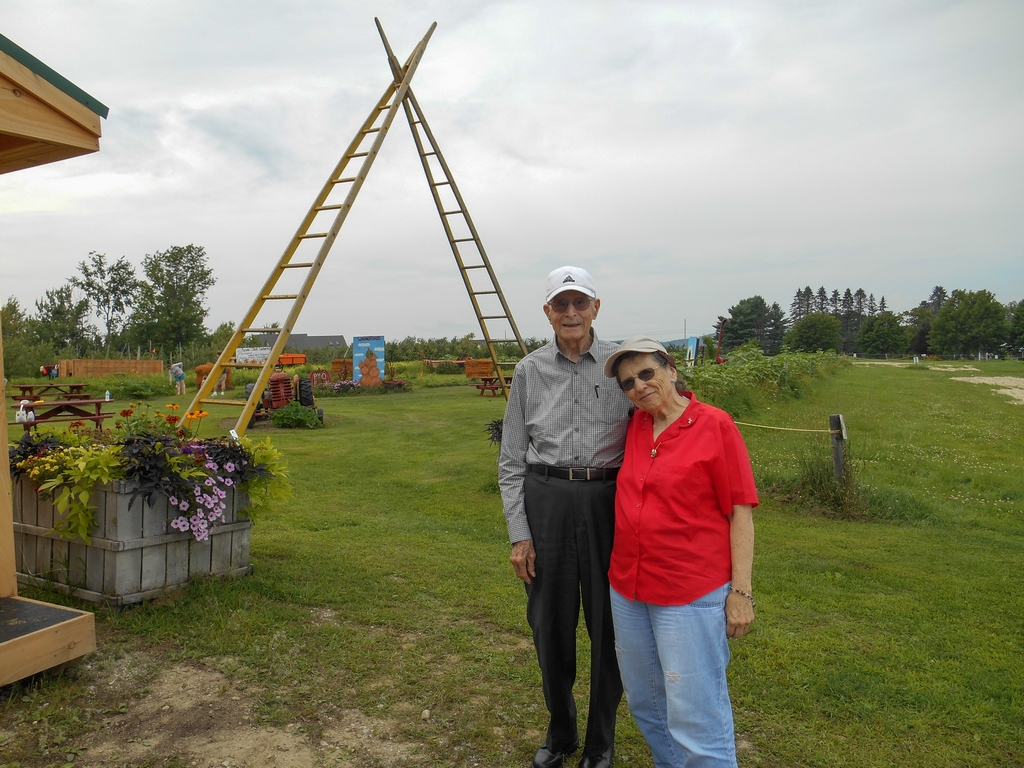 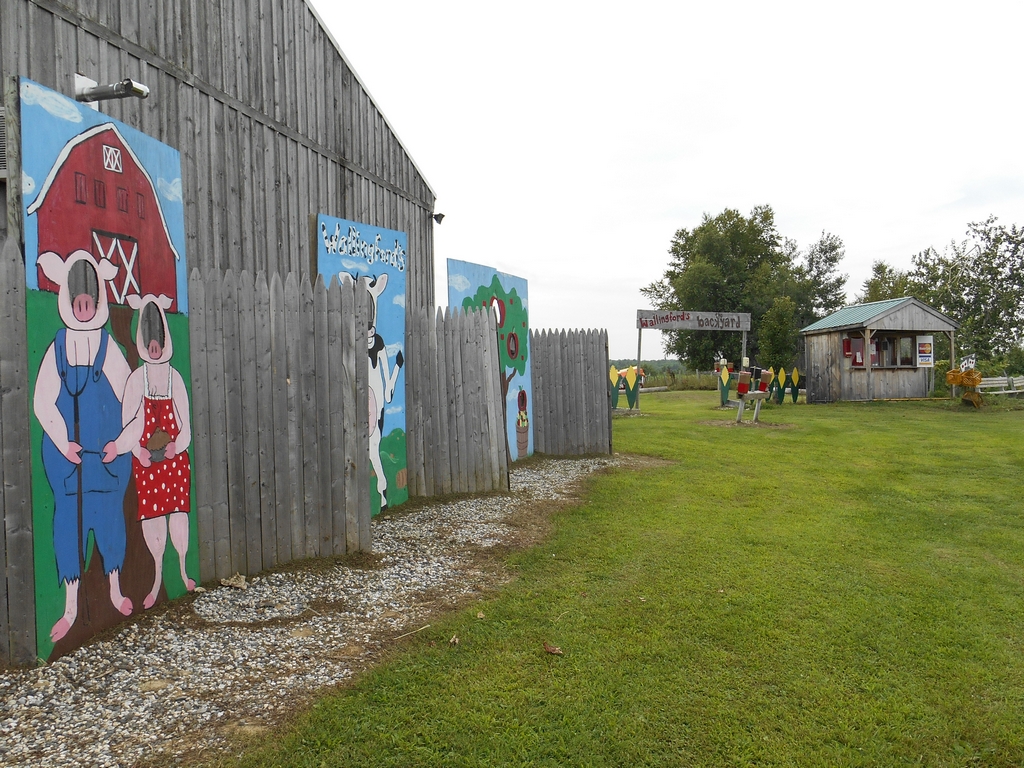 Here are Paul, Mom, and Gerry after Paul's successful venture on the windows. 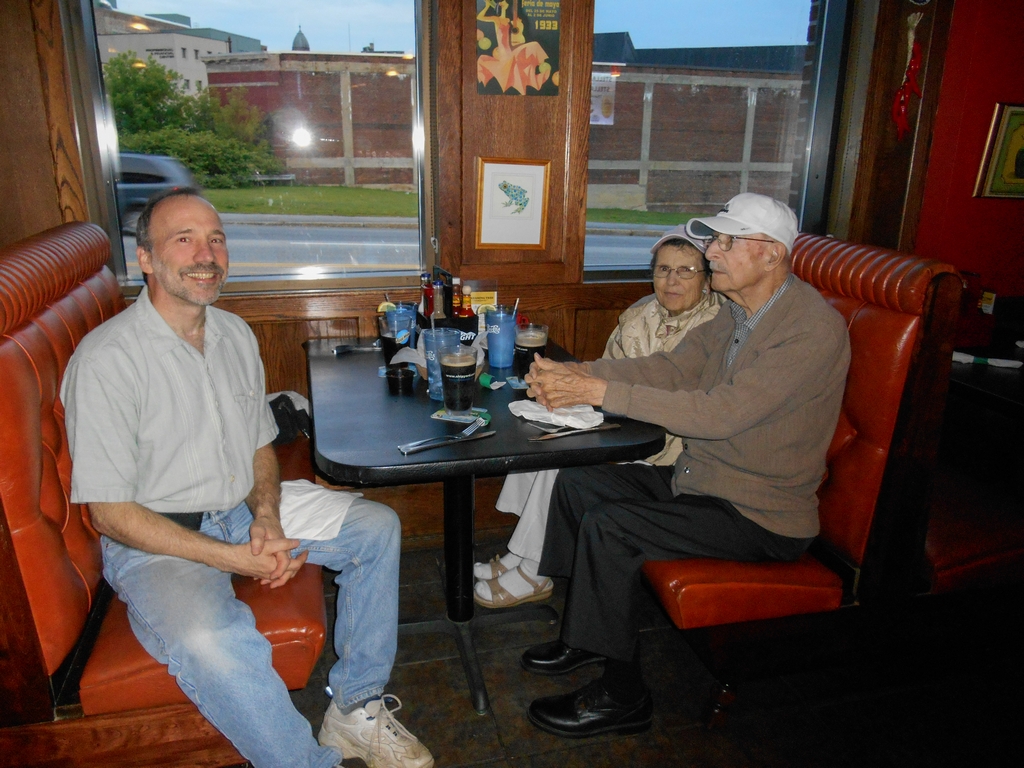 The discussion included wondering how many of these hot sauces Ted has tried: 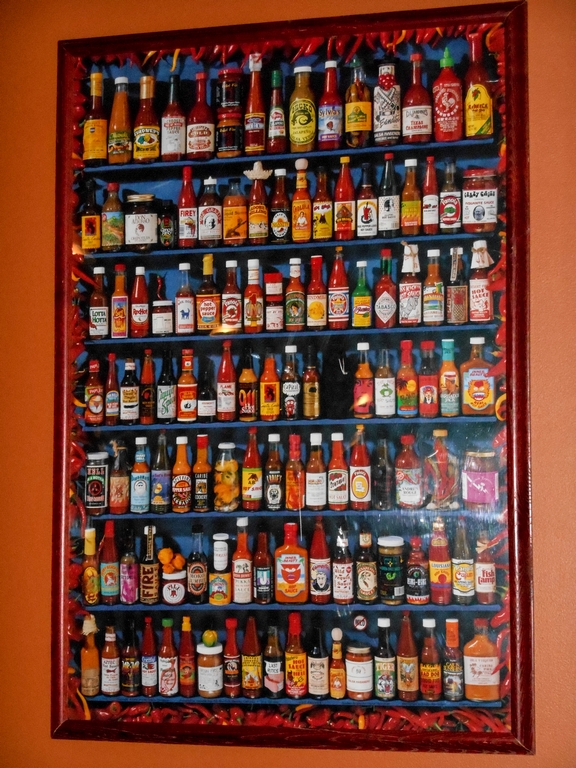 Our 3rd summer visit was at the end of August.

Our arrival was on Saturday, and we went out to dinner with Mom and Gerry. After supper, we detoured over to the Auburn Mall; Mom wanted to show us a window display of carousel 'horses'. They had some cute various animals 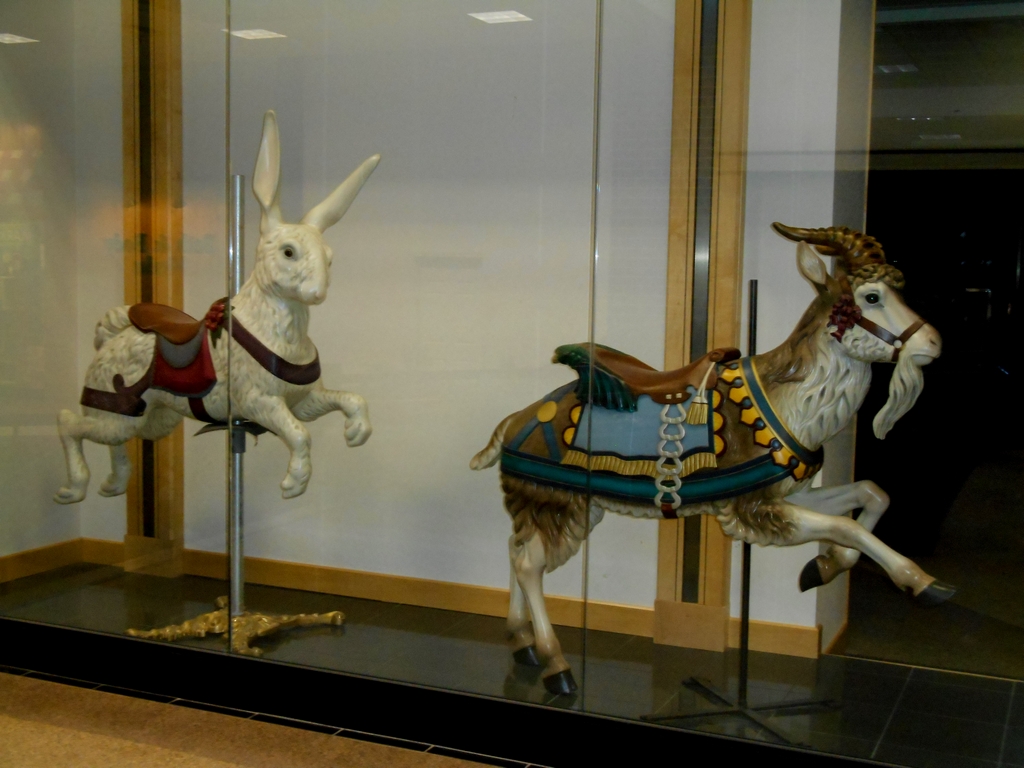 but the great one was the cat with the captured bird 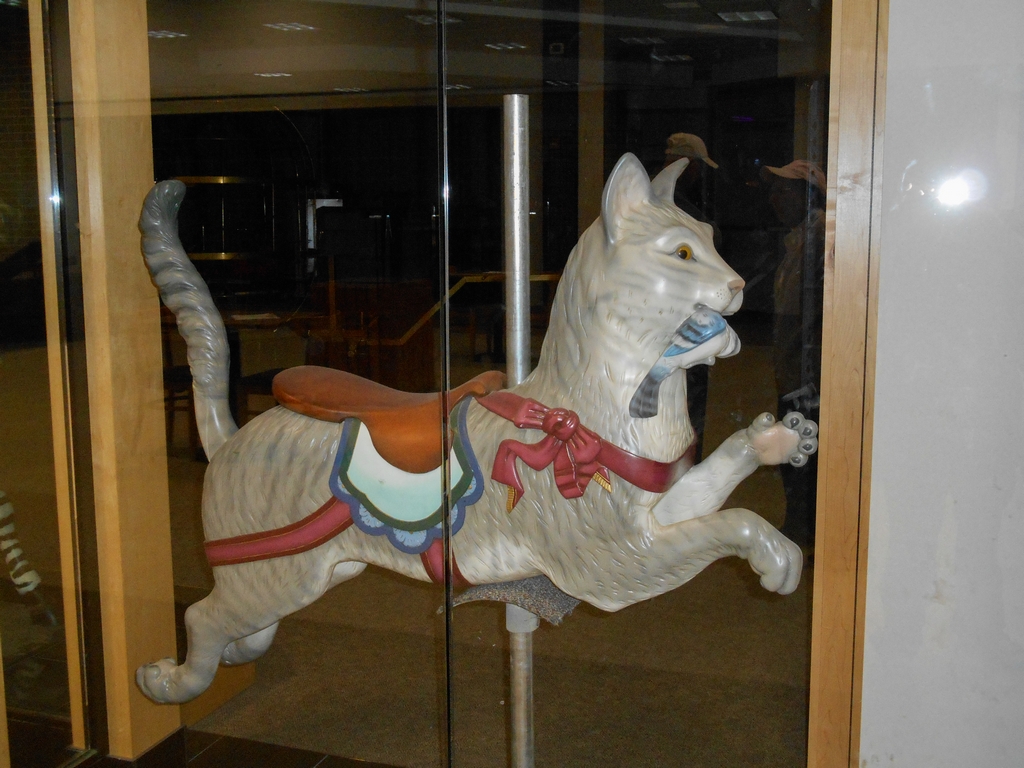 Sunday was Jenn's birthday celebration, which was at Camp Kaufman. Here are Alma, Claire, and Tony, then Frank and Paul: 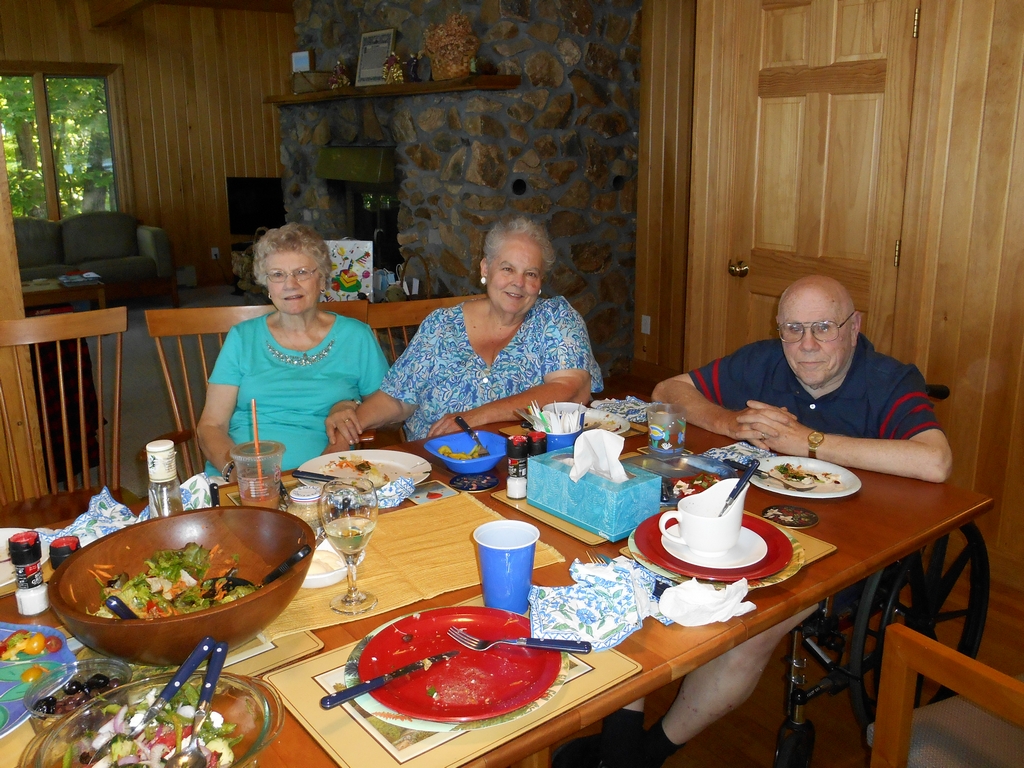 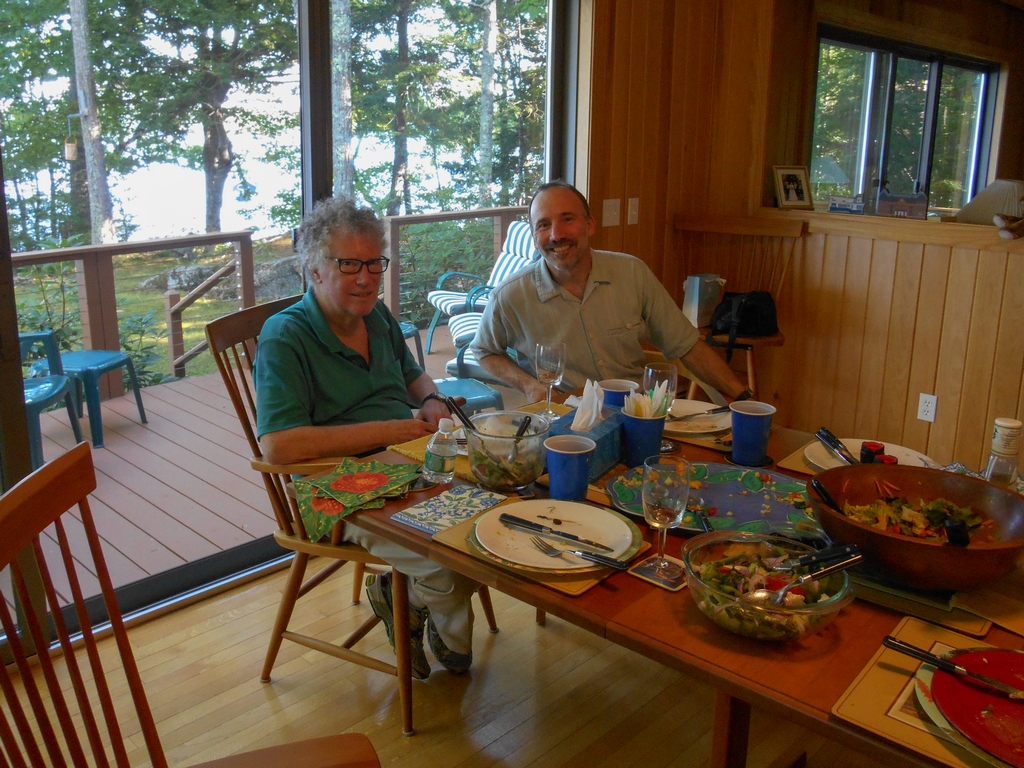 Deena and Jenn went swimming, and Deena made certain to go around the boat. 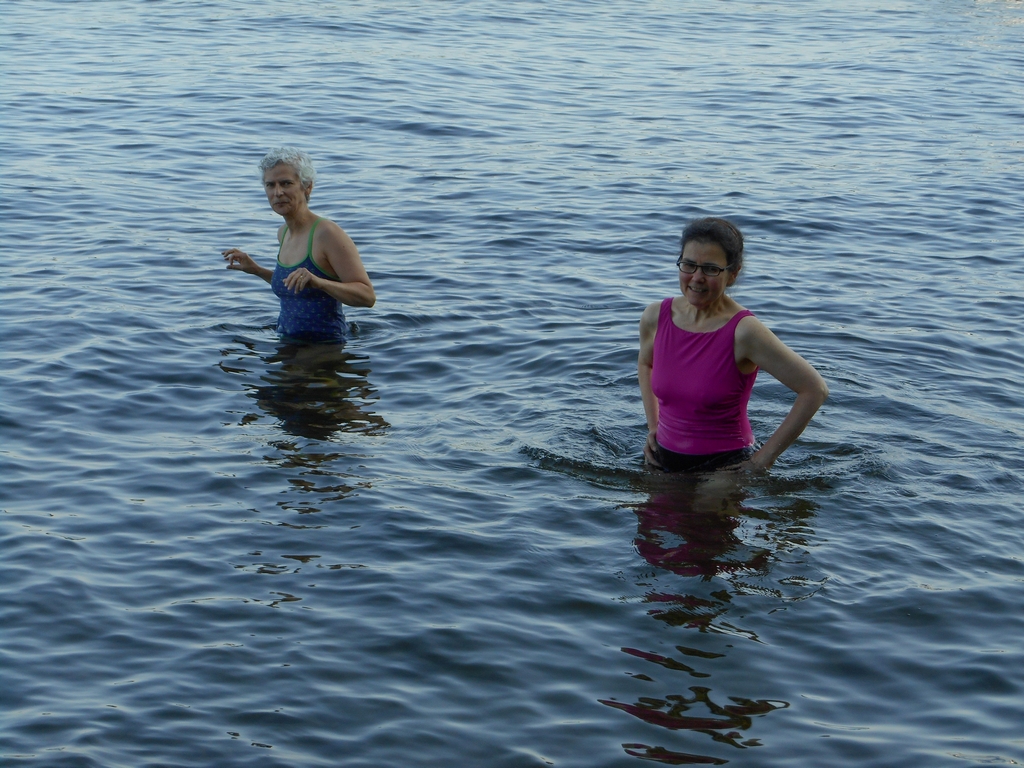 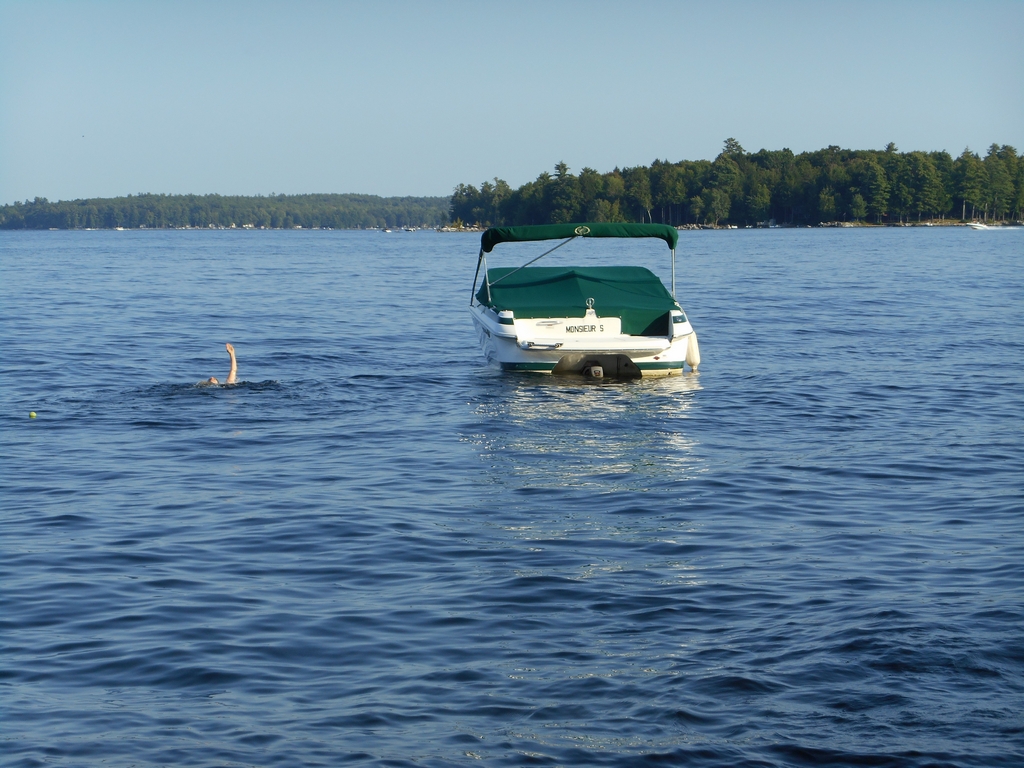 Jenn made many desserts. Actually, the blueberry Cake was a joint effort of Jenn, Deena, Anne, and Paul. (It is being extremely generous to state that Anne & Paul had much to do with it; we were basically the cheering squad.) The blueberry pie, the strawberry-rhubarb pie, and the cake were all delicious. 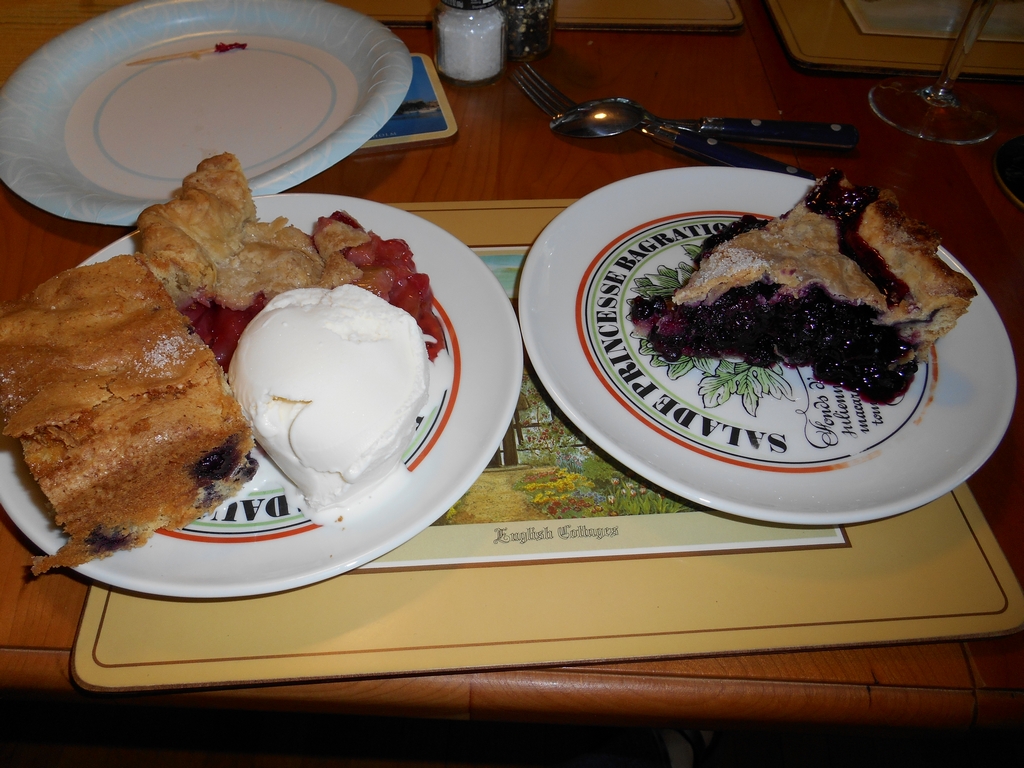 Jenn had some gifts to open 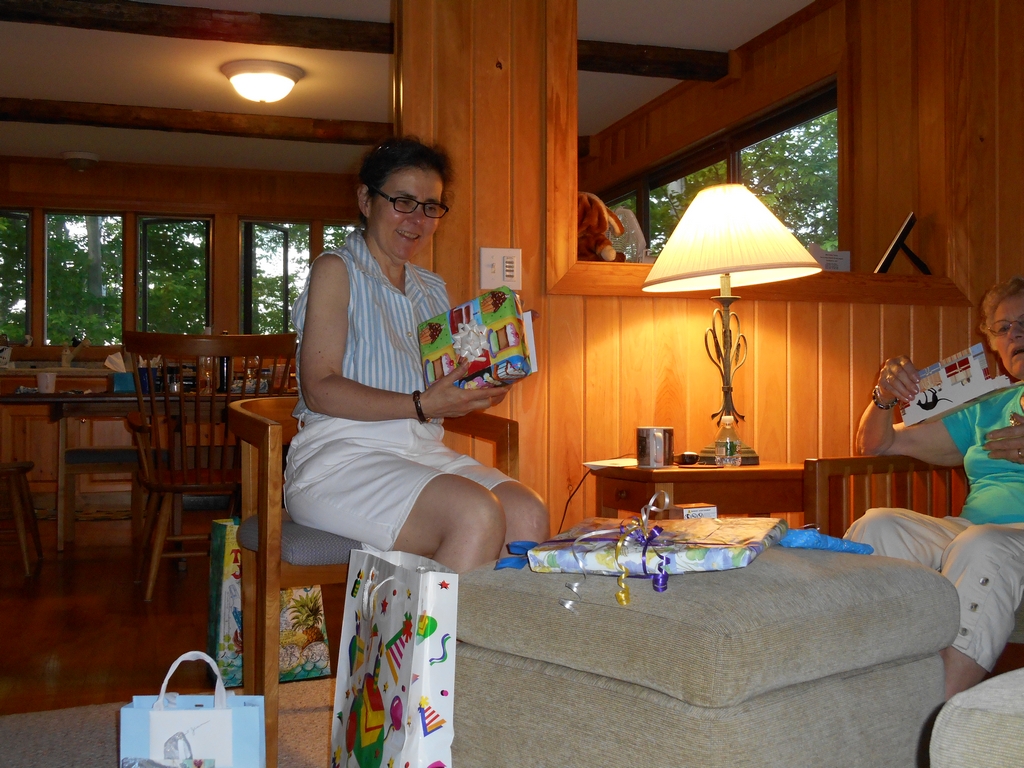 One was a duplicate, and looked so good on Alma that it was transferred to her. 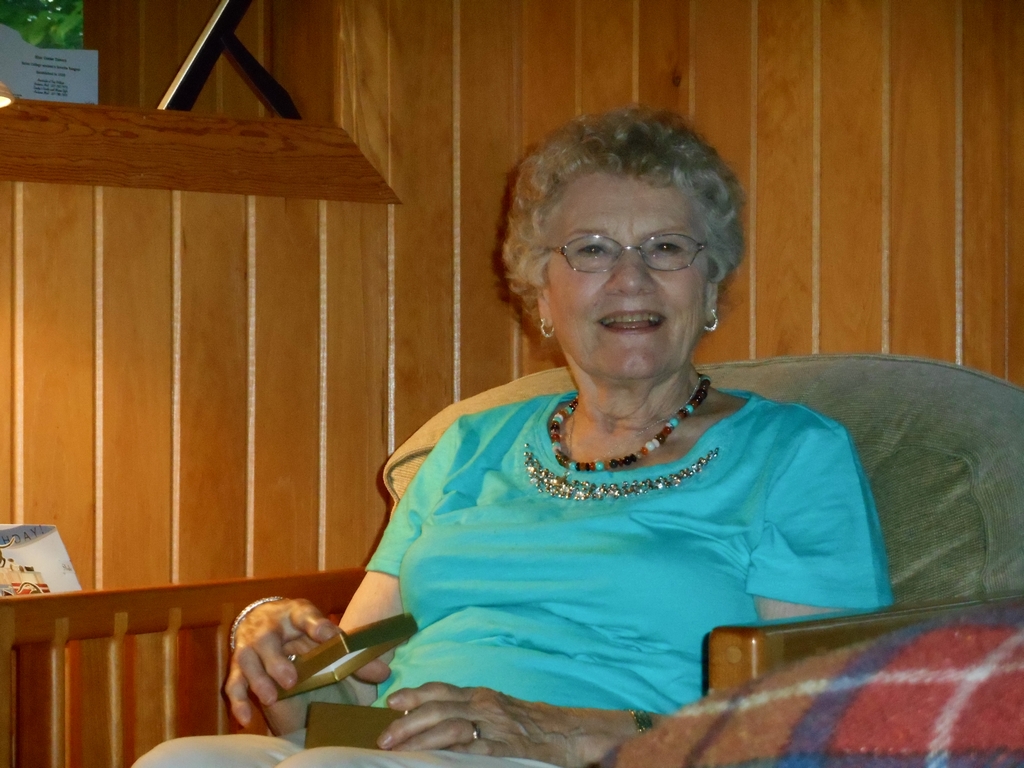 The fancy necklace from the Met: 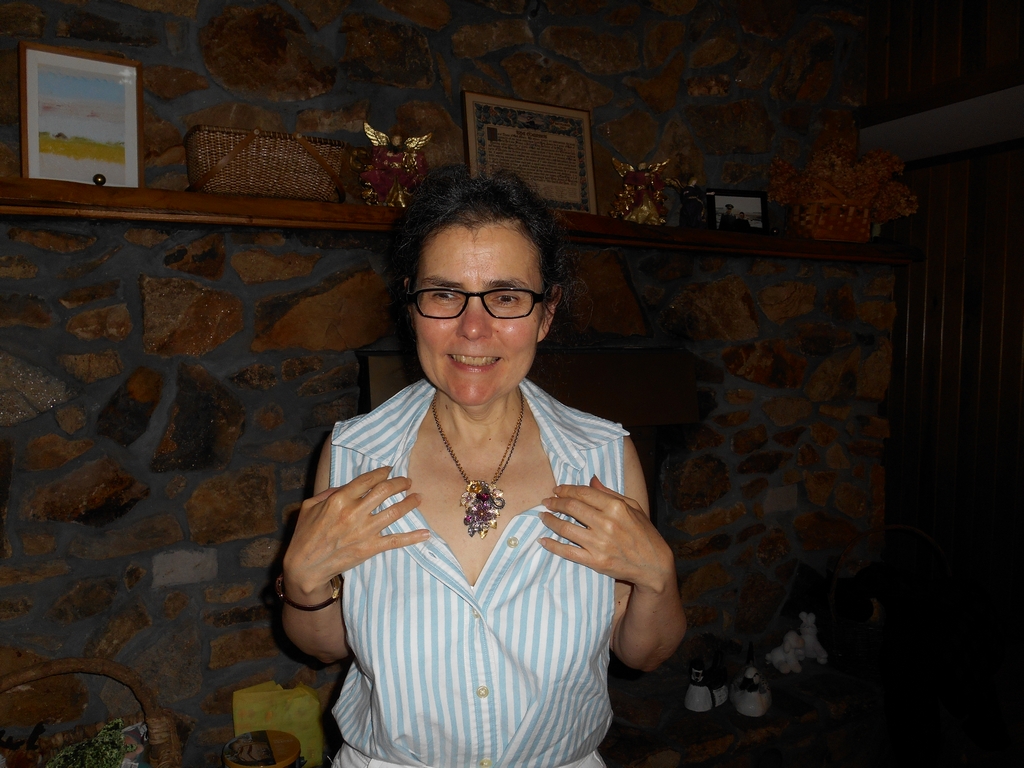