We had a mix of weather during our vacation, with snow, rain, fog and sun at various times. We did go into North Conway looking for jeans for Anne; did you know that they don't currently make woman's jeans with useable pockets? Anyway, heading down to Conway allowed us to see the cute covered bridge there. 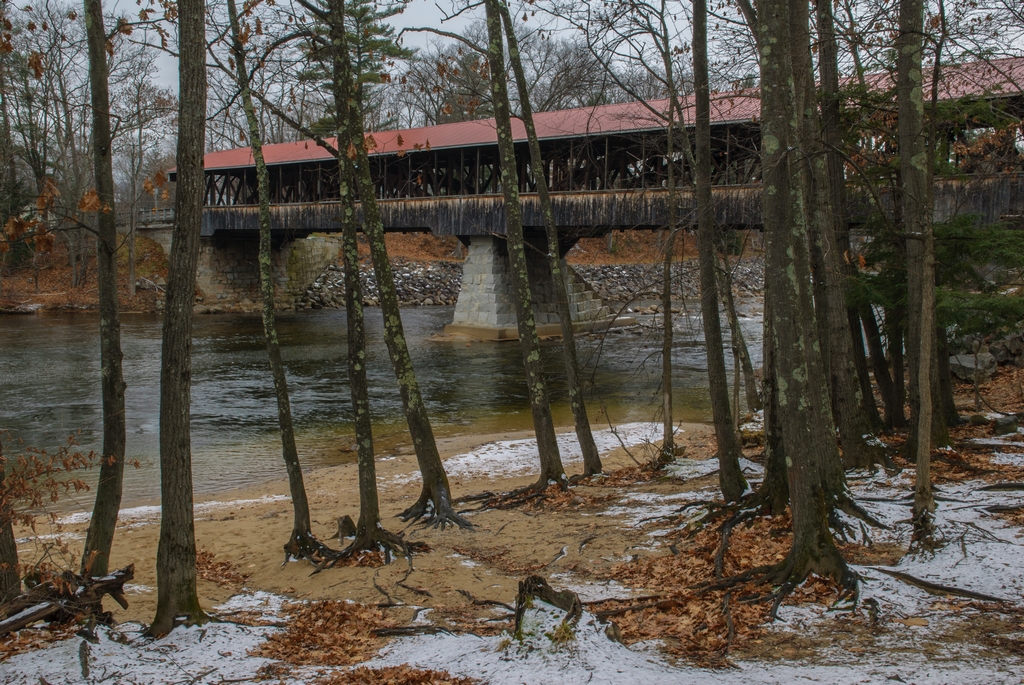 One a major side road is a farm with a cute Autumn display, that I unfortunately did not get a very good picture of.  But it is so cute I am posting it anyway. They were actually doing some work in the field here.  In the background is Cathedral Ledge; you can see the low clouds and mist in the air. 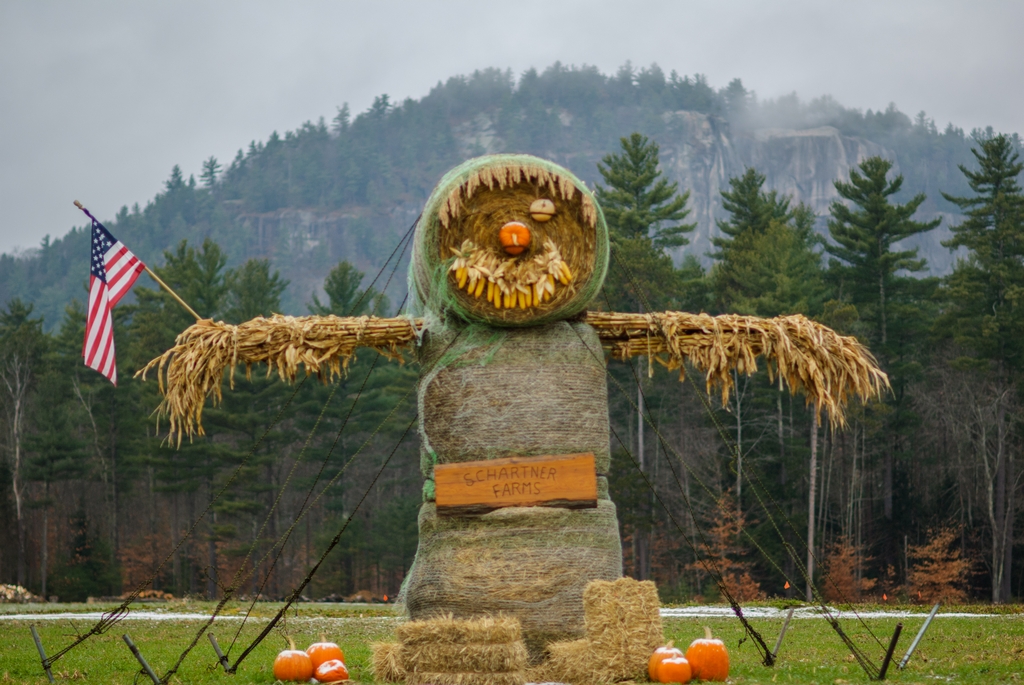 Some of the dramatic cliff walls of the areas, clothed in the low hanging clouds. This again is Cathederal Ledge.  You might remember a trip report we had posted a few years ago when we drove to the top of it.  The cliff is a popular rock climbing (note I say climbing, not hiking) spot. 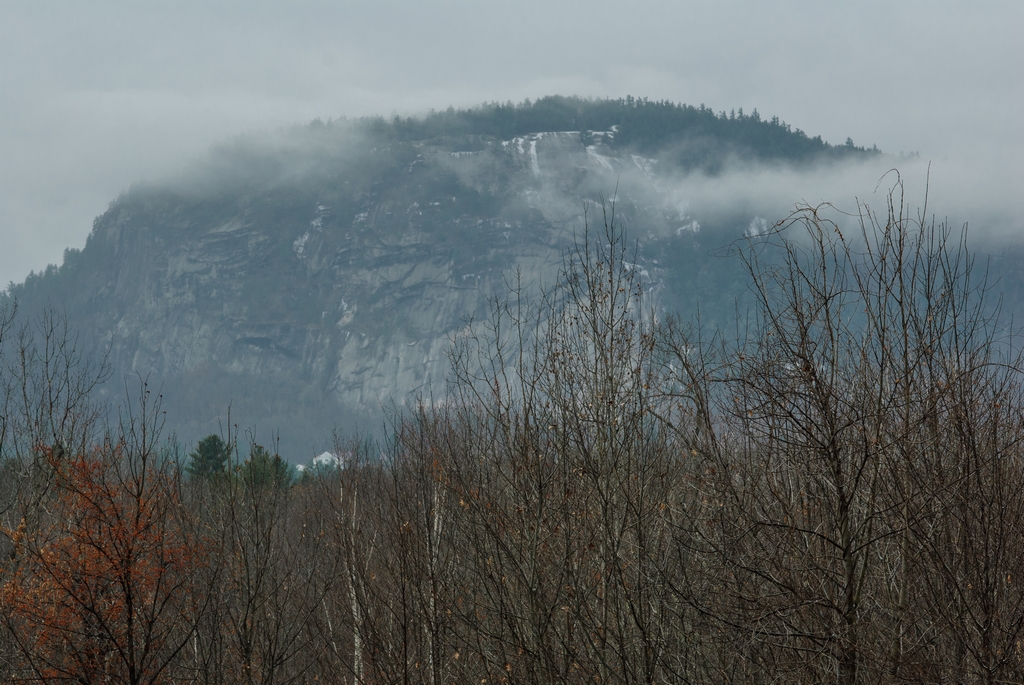 Although we were out of the season, the trains of the Conway Scenic Railroad were on display. I suspect it was an advantage to be out of season, since we were able to go into the train yard. Remember the name of this particular train (Mount Willard) for future reference. 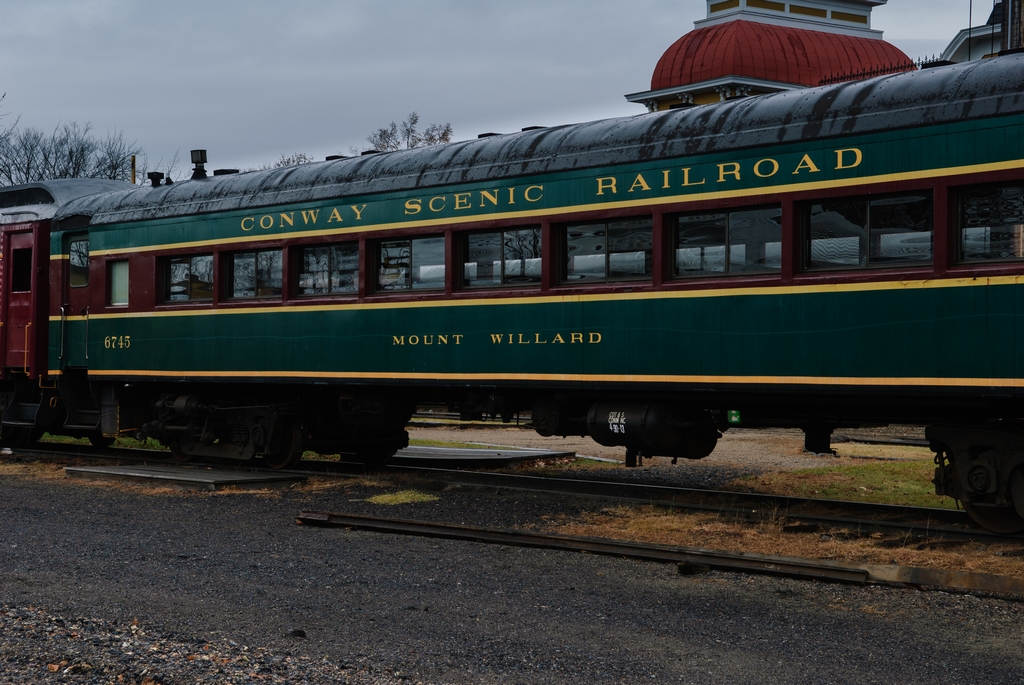 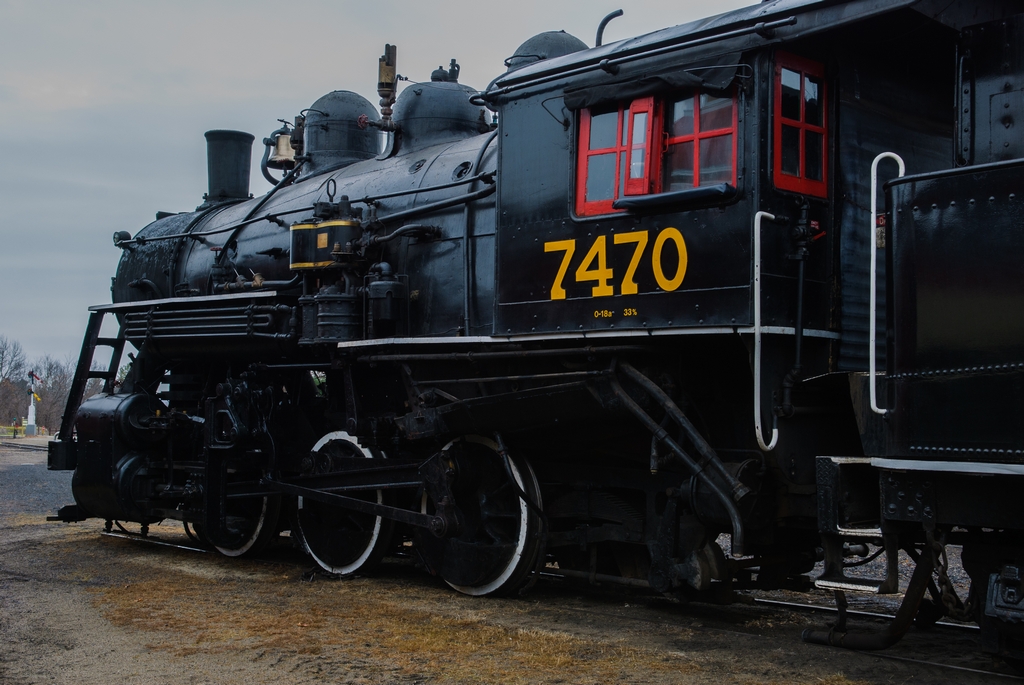 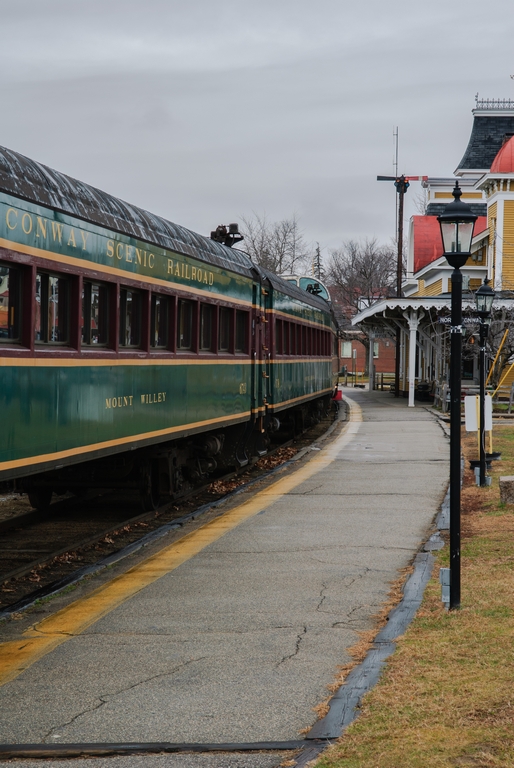 Just Northwest of North Conway are Diana's Baths.  This is a small series of waterfalls, and part of the White Mountain National Forest. Even in mid-November on a drizzly day, when we were there, this park had more visitors than just us.  It has a nice easy walk that is just over a half mile from the parking area to the falls, which is probably part of why it is so popular.  And of course part is because it is very pretty.  There was once a small mill on the site, and for a while around 1900 a tourist boarding house. Some evidence of these can still be seen.

Diana's Baths has multiple levels, going around a curve, which makes some lovely small falls. 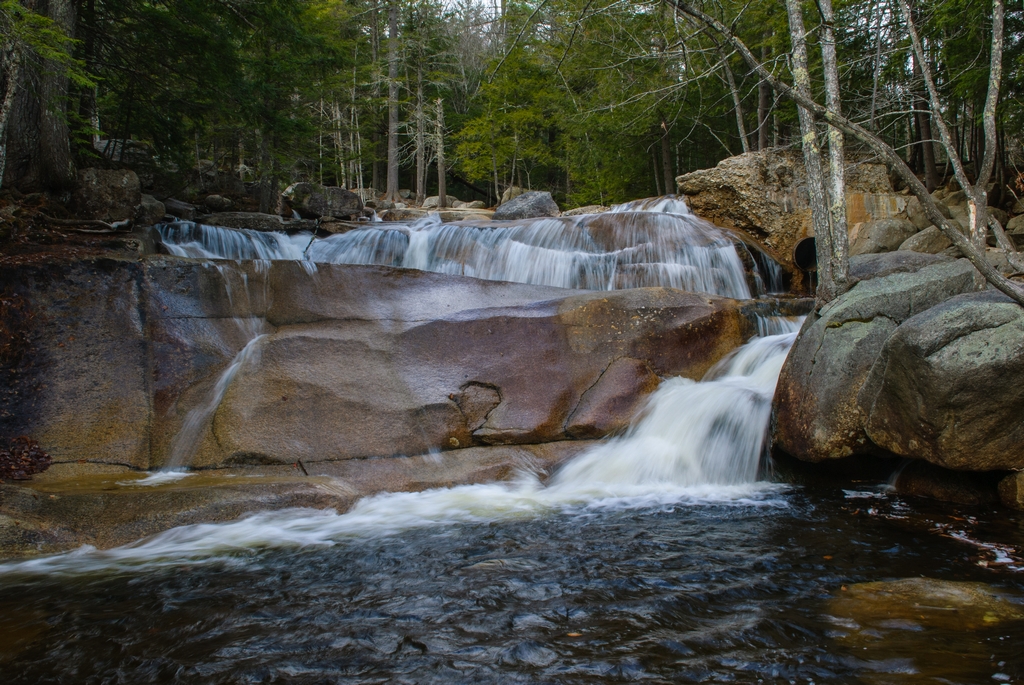 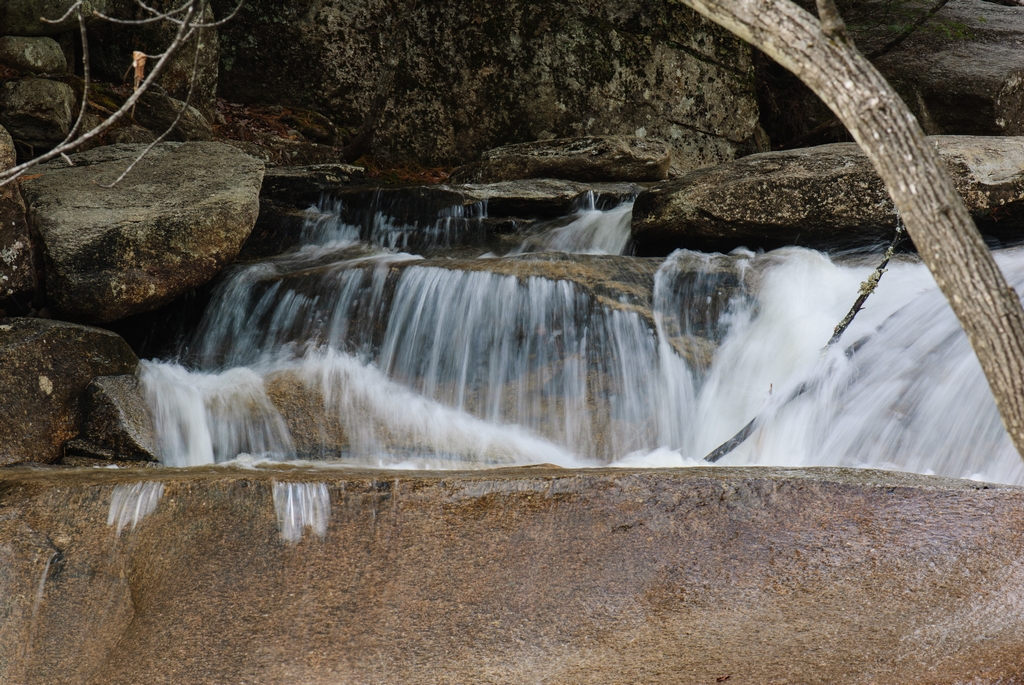 Here Paul can give some scale to one of the levels: 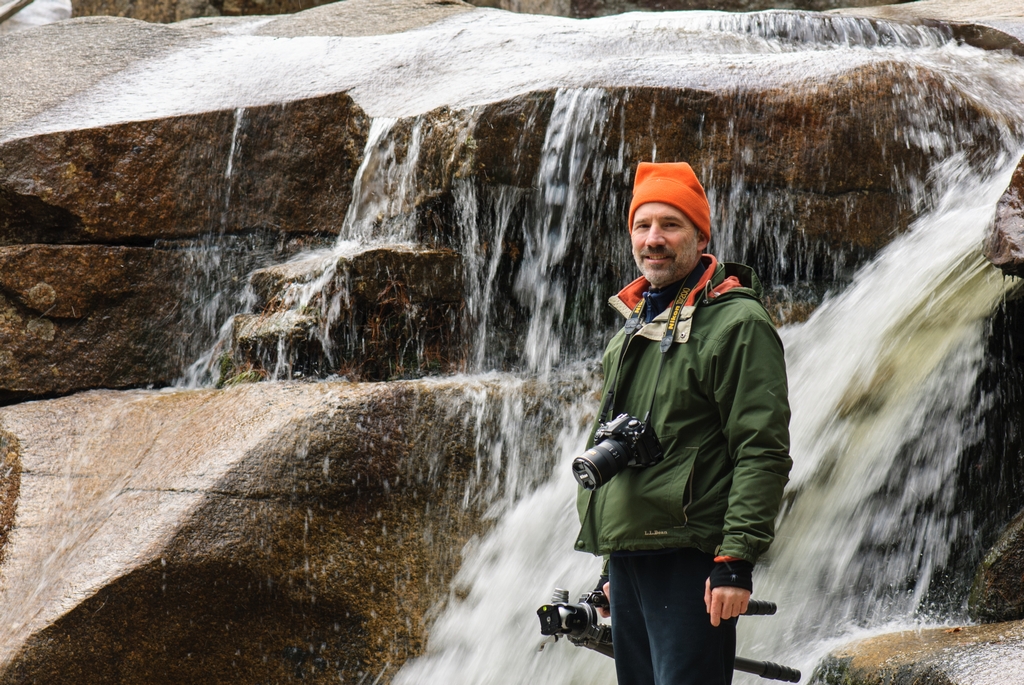 I couldn't decide which of these next two photographs to post, so I decided to put both of them up.  You get a feel for the spot and the pool at the bottom of the falls, and then a close-up of the falls. 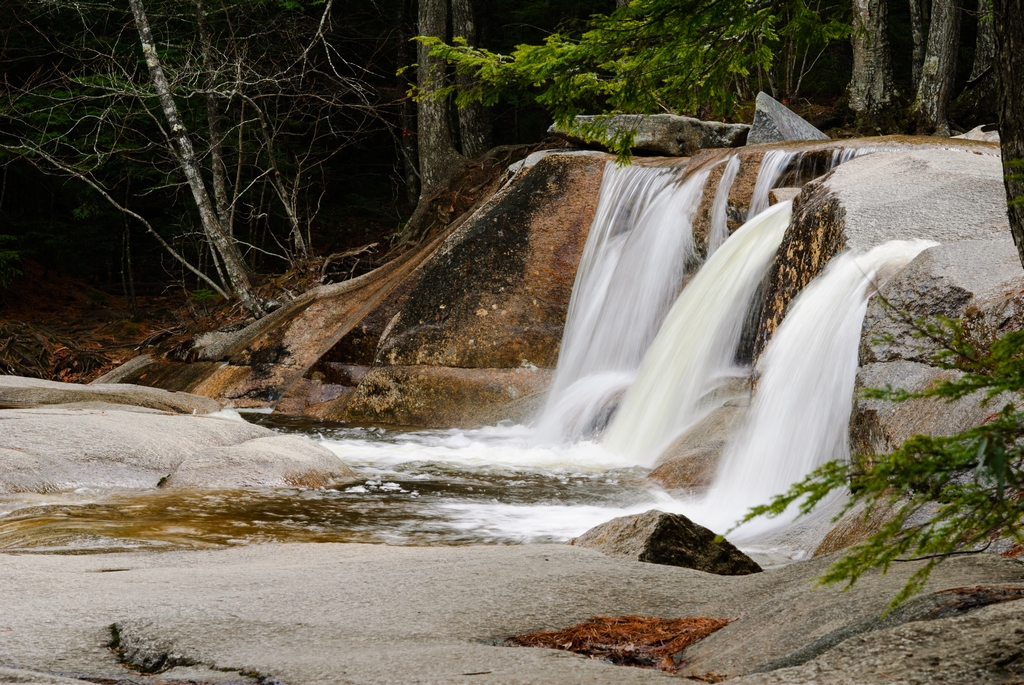 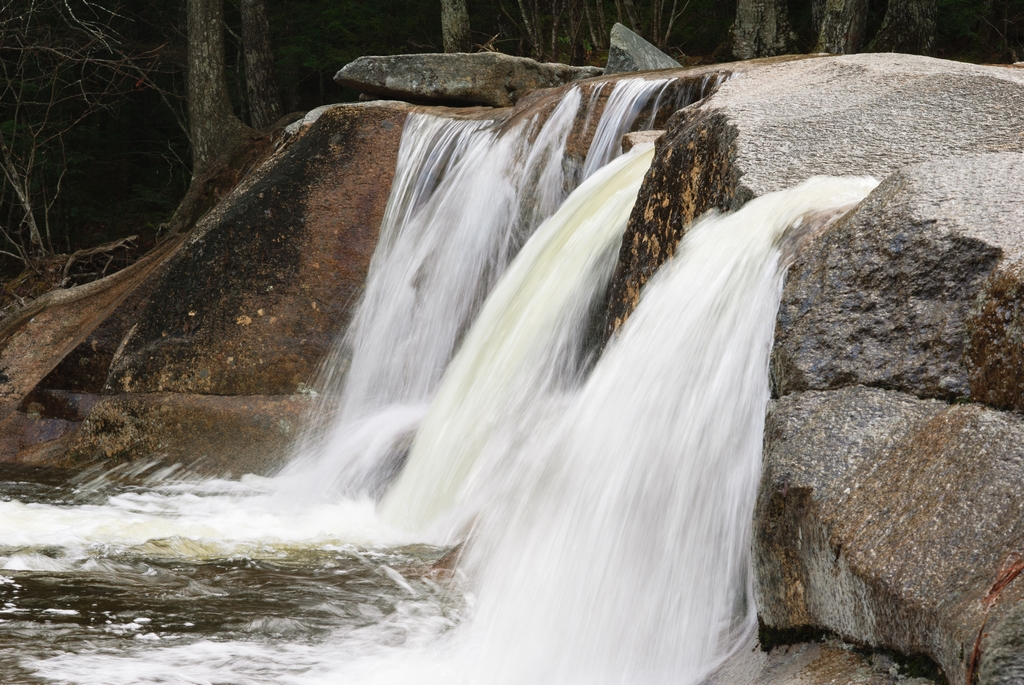 One more picture of the falls: 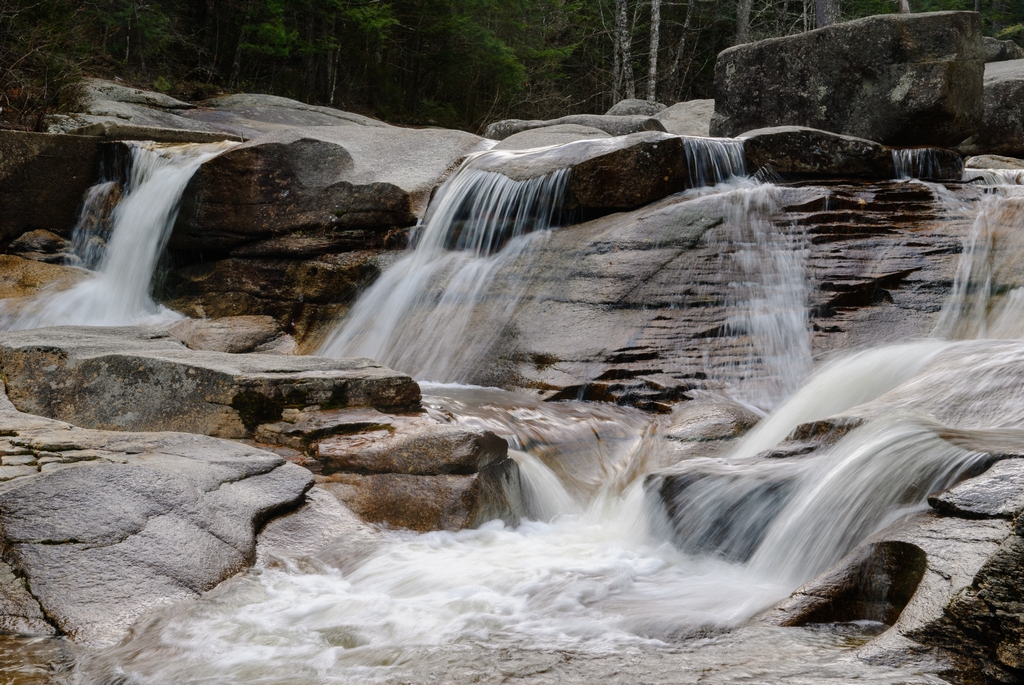 In the picture above, I love the little rounded out area, on the lower right, almost like a spot to sit and rest your back.  I can imagine sitting there on a hot steamy summer day.  And speaking of spots to rest your back, on the path to and from the falls someone had fun with some tree stumps, and cut out a spot to rest.  Doesn't Anne look glamorous?  No? 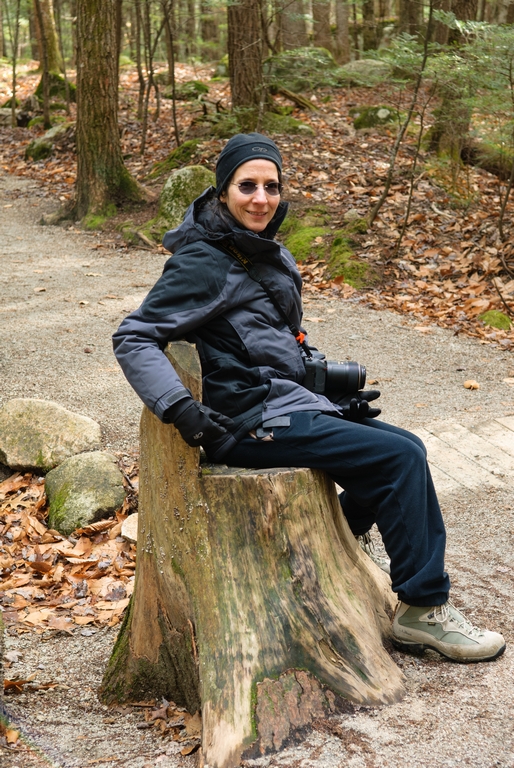 To the next page of the report ...