By this point you are wondering, will this trip report ever end?  Yes, but not yet.  What can we say.  We are very fond of this area. So we will look at Crawford Notch State Park next. This is particularly interesting because of the differences between days when we went there.

There is a nice Tourist Information building, across from a picnic area, at the site of the Willey House. Of course the building was closed when we went. 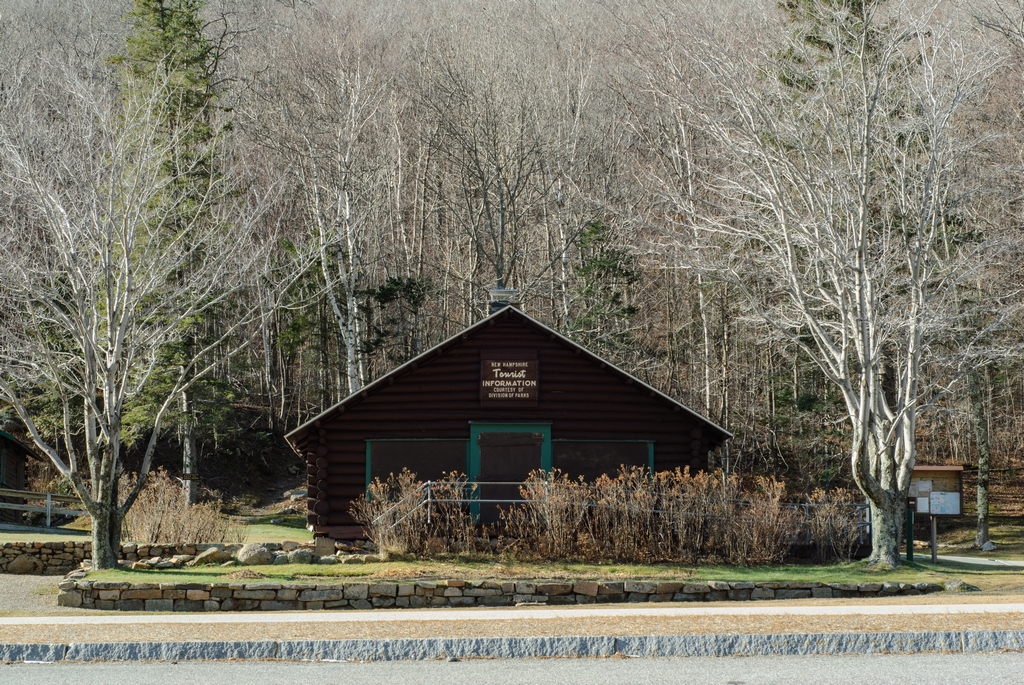 From the picnic area there was a nice view of Mt Willard.   (Remember I said to remember the name of that train car?) 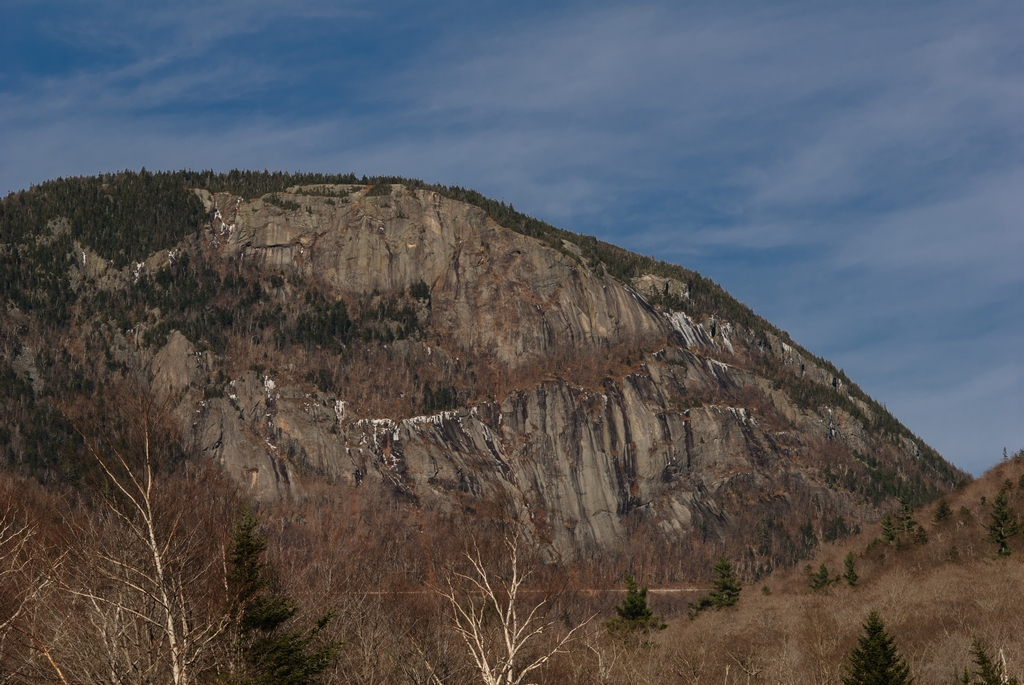 This is a nice relatively easy mountain hike which we did during the week. I probably doesn't look easy, but this is not the mountain face we climbed; we went up the more gradual slope on the other side. The top middle of the screen is where the hike comes out, and the ledge provides an excellent view down the notch. The straight line at the bottom of the picture is the railroad track.  When we did the hike, we did not bring the big cameras, but Paul took this picture with his phone. 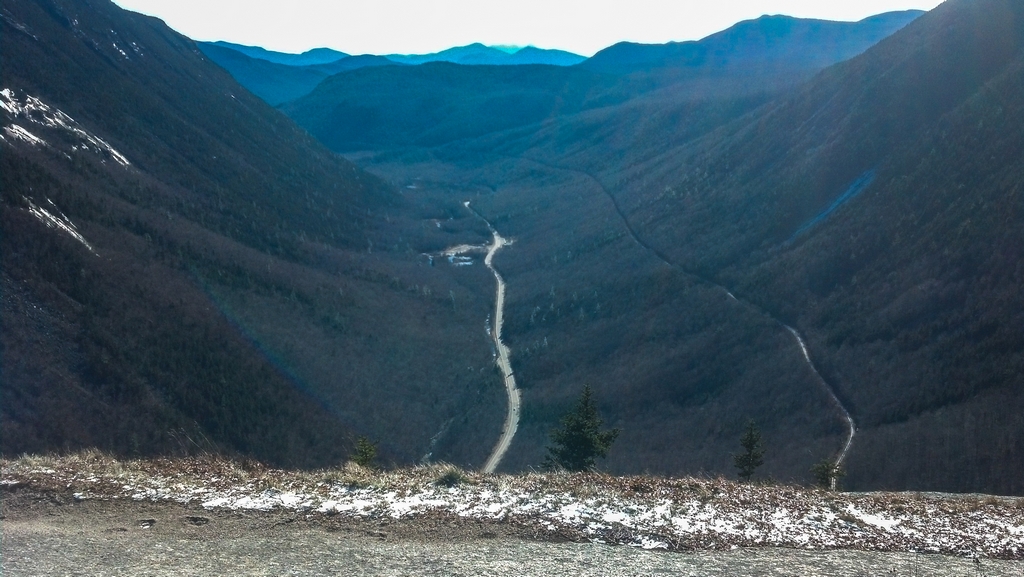 The notch runs North / South, and was carved by the glaciers. On the right hand of the notch, the line on the slope is that railroad track for the Conway Scenic Railway (which we showed back on page 3).  In the center is Rte 302; you can see the slightly clearing where the Crawford Notch State Park picnic area and information office are.  Paul also took a short video at this outlook point.  Since then, Rod has confirmed the mountains for us: the one on the left is Mt Willey, then to the left of the Ellis River Valley are the Webster Cliffs, and finally Mt. Webster (as in Daniel) is shown.

Climbing to the North end of the Notch is a steep hill, and along this hill are two flumes (narrow waterfalls).  The larger one is called Silver Cascade.  Here is a picture we took one day of part of it. 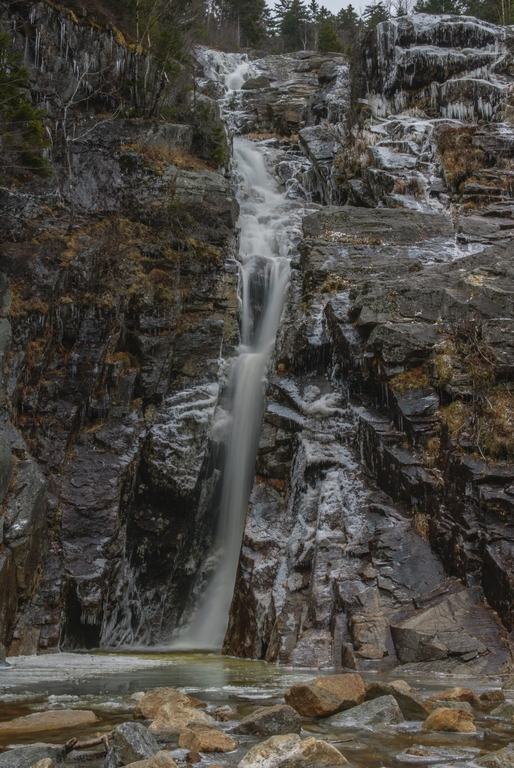 And here is a picture of the bottom of that waterfall, on just the following day. 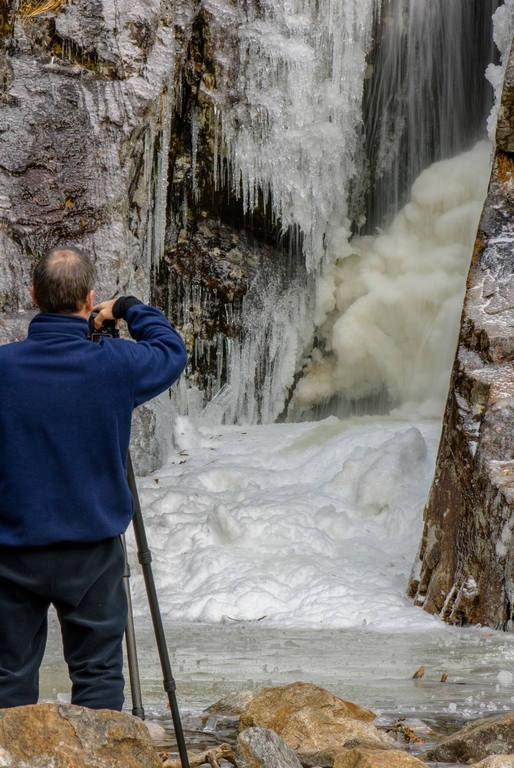 Paul took this following picture, which is probably Anne's favorite from the entire week. 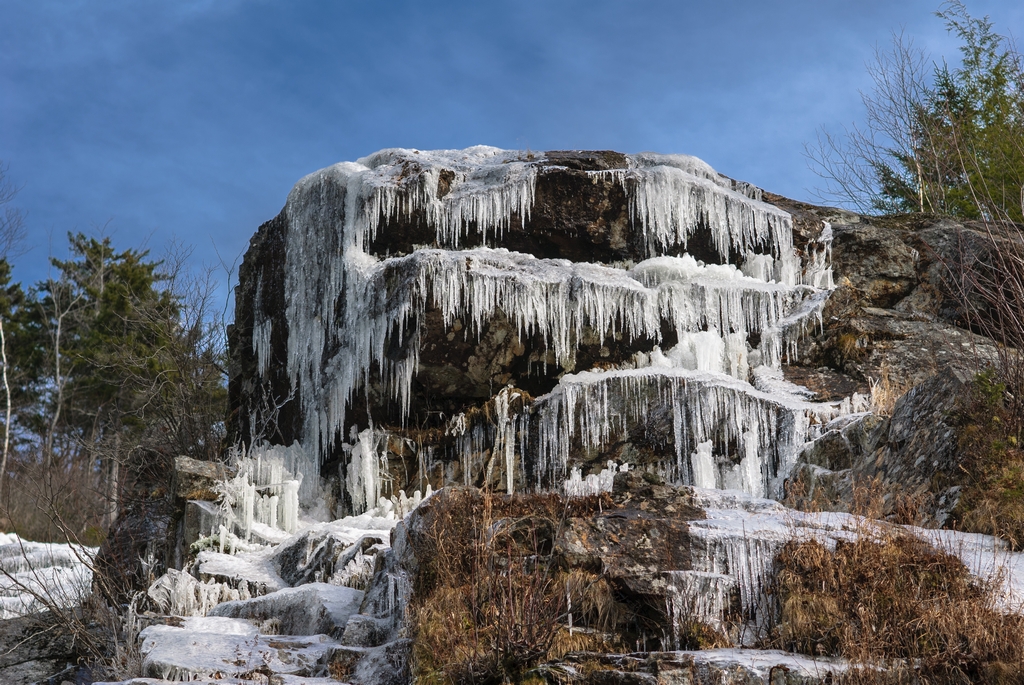 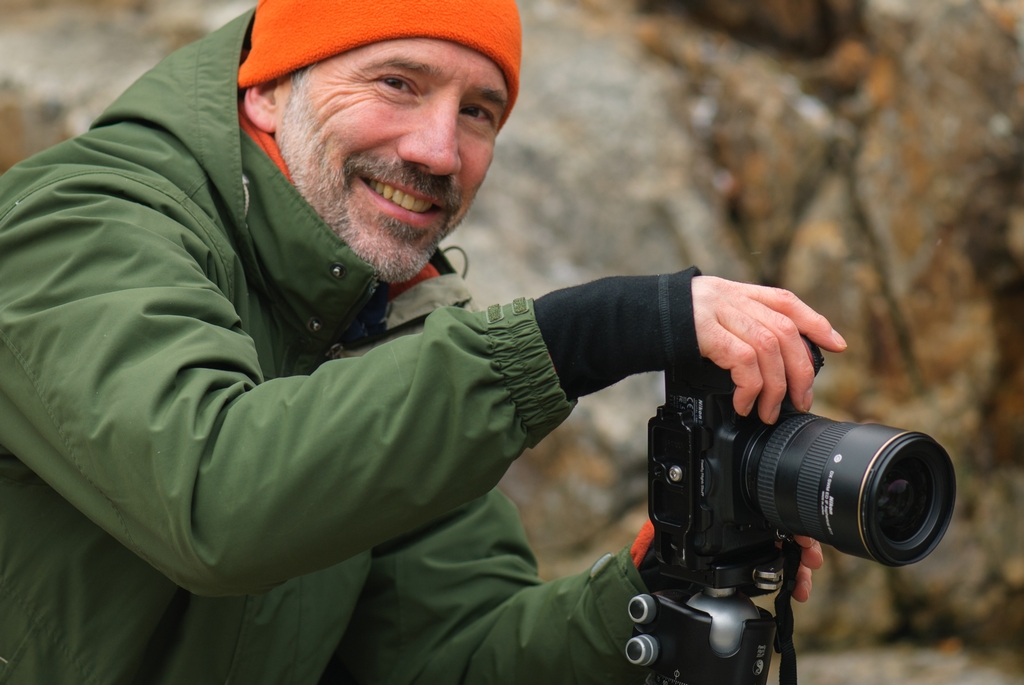 Some other pictures from the flumes: 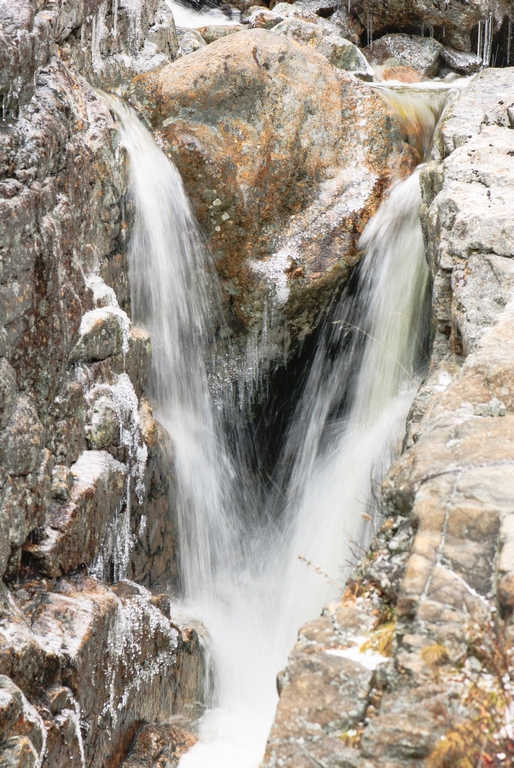 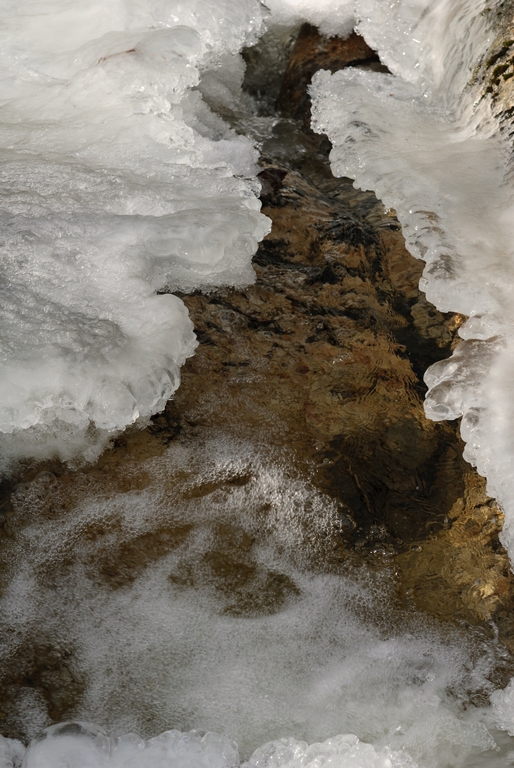 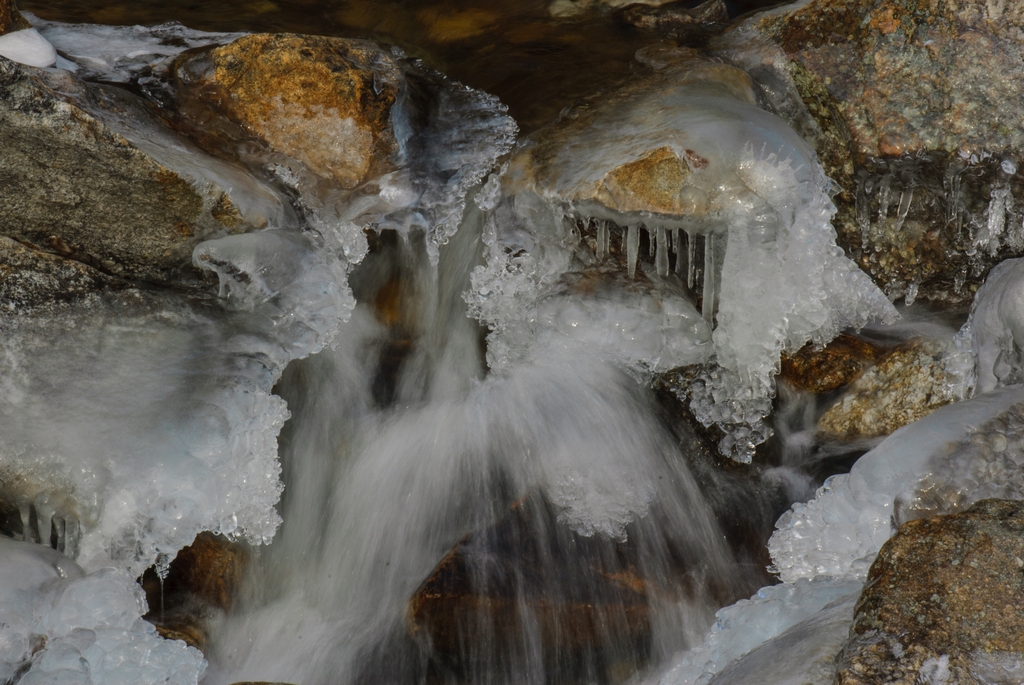 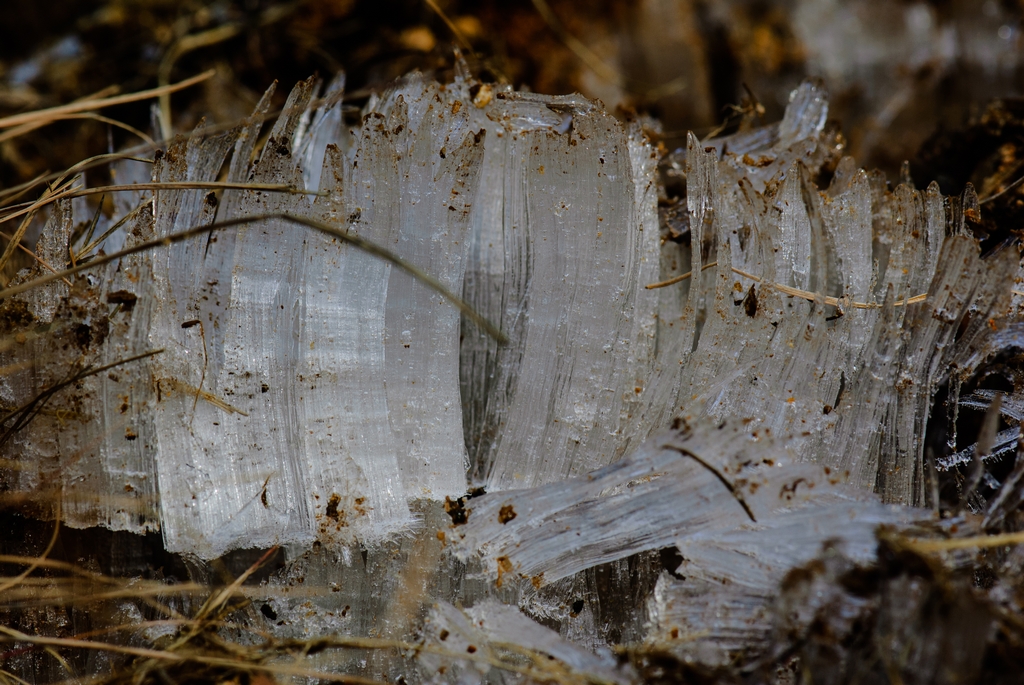 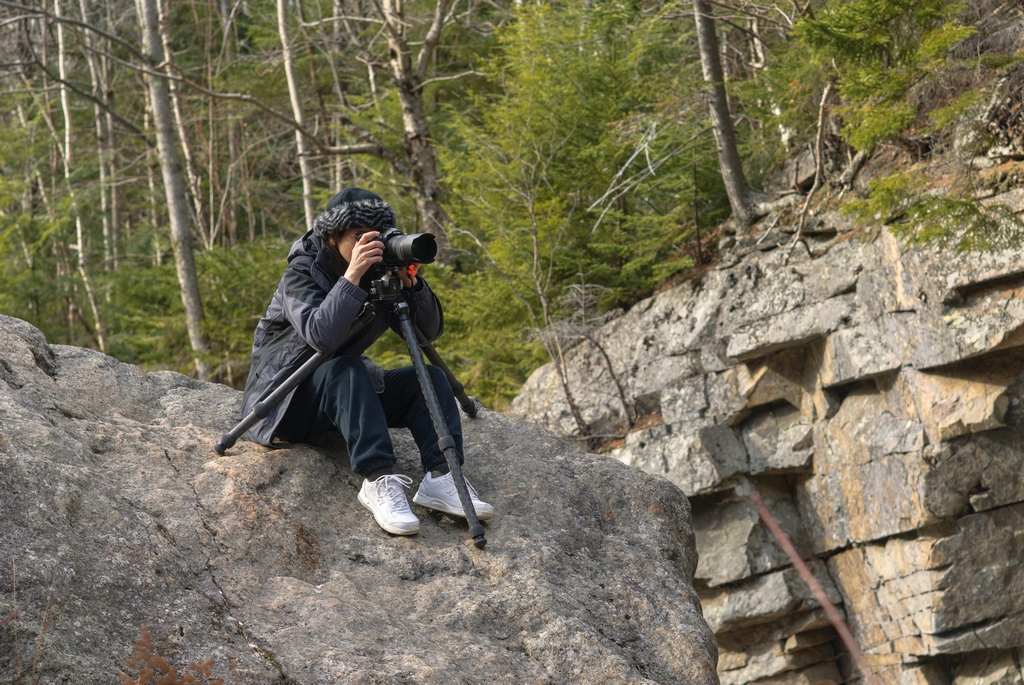 At the top of the hill is the station for the Conway Scenic Railroad, and the AMC Highland Center. Here is a picture looking back at the notch. To our left as we were taking this picture was Saco Lake; this is where the Saco River originates.  The beginning of the river actually goes under the road and comes out just past those rocks on the left of the photo. 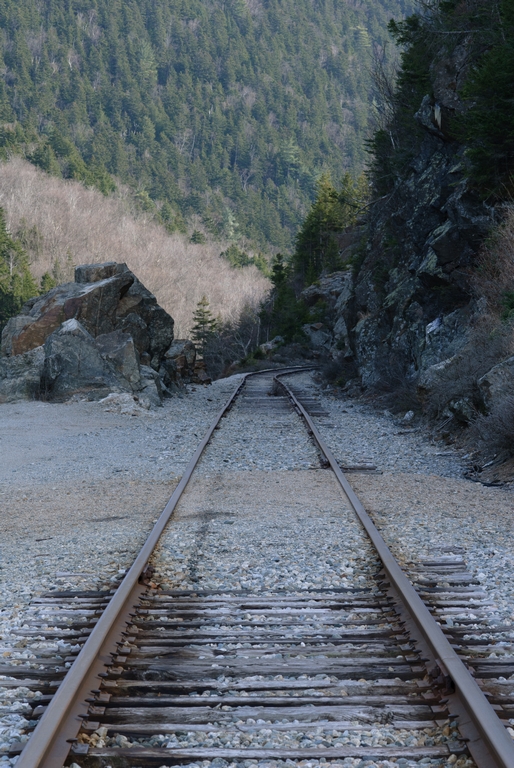 Here is Anne really getting into the picture taking; Paul felt this picture had to go in the trip report - Anne was not as certain.  Notice how he so artistically kept my derriere in focus with the background nicely out of focus: 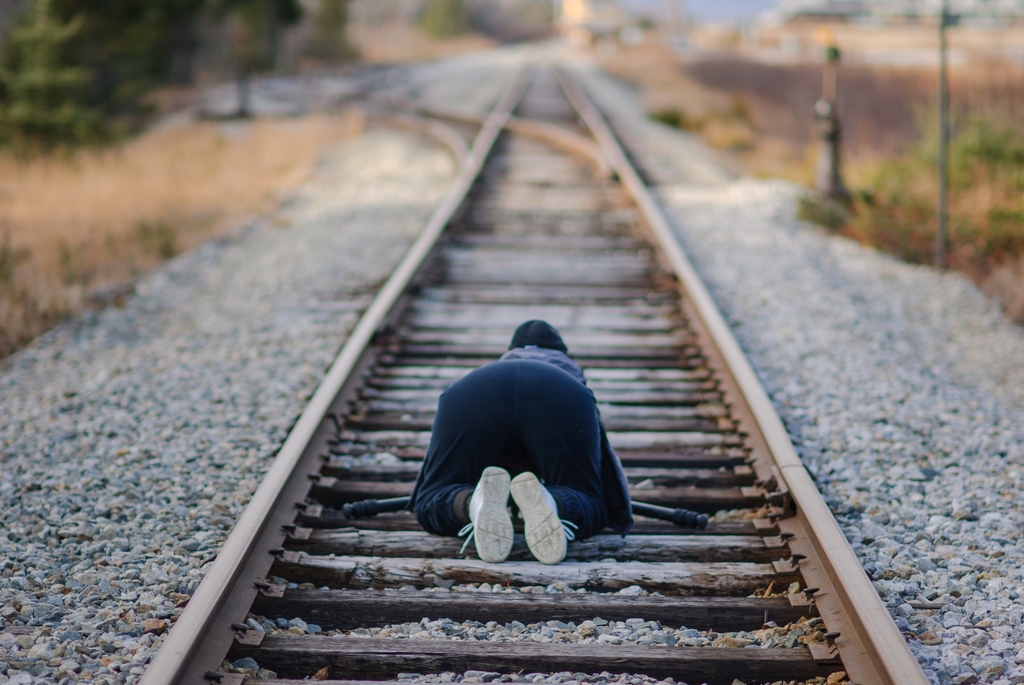 The picture I was taking: 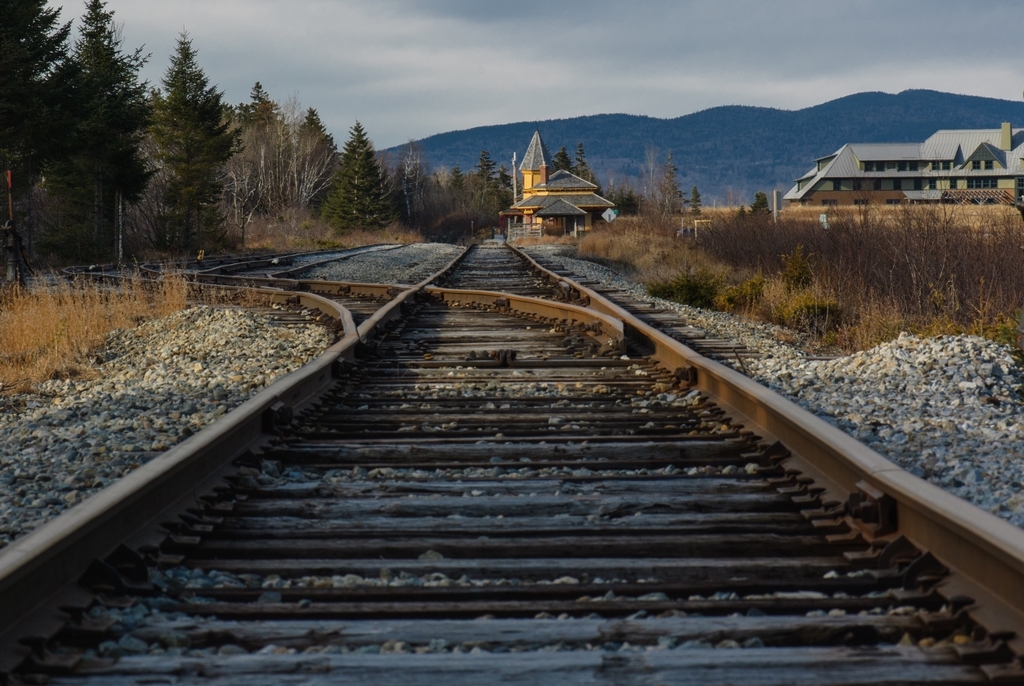 And another picture taken in that direction. The largebuilding on the right is the AMC Highland Center.  The smaller building on the left is the Crawford Train Depot, which is the turn-around point for the Conway Scenic Railway ride.  It is also the spot where the Mt Willard hike begins. 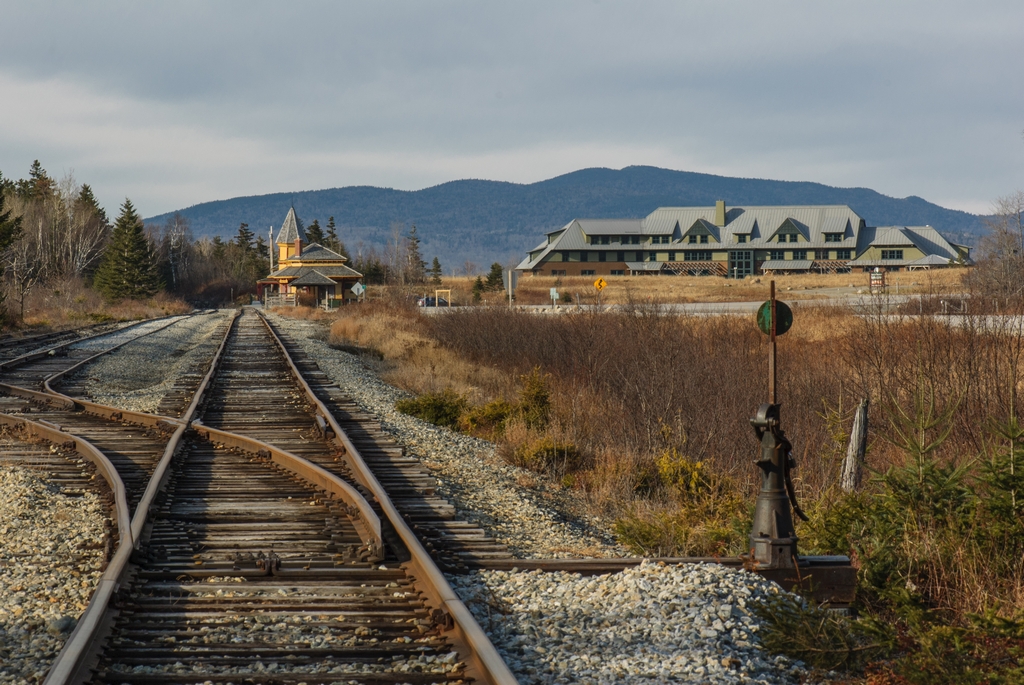 Almost there, only one page left in this trip report...