Okay, we have come to the last page of this trip report.  One the West side of Mount Washington is the famous Cog Railway. They only run on weekends in November, so we didn't see them running (although a maintenance train did come down as we were leaving).  In this picture over the orange train car you can see Mount Washington; immediately to the left (above the far end of the orange train car) is Mount Clay, which isn't considered a separate mounting, but a sub-peak of Mt Washington on the ridgeline between Mount Washington and Mount Jefferson. 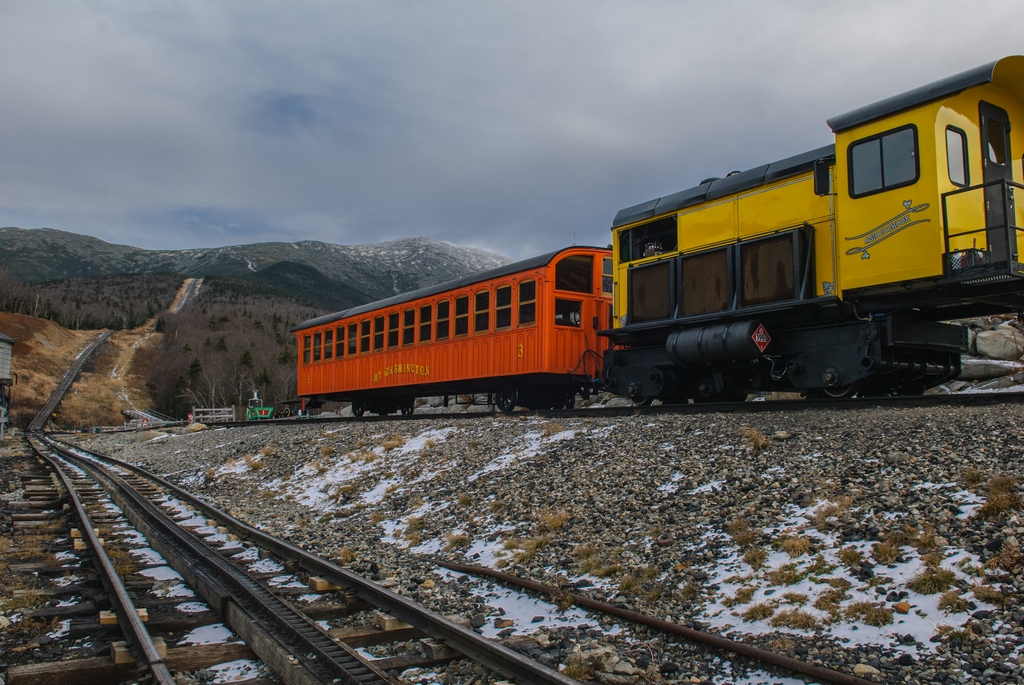 Not too surprisingly, the Cog Railway uses cogs. Seeing this brings home how important all the cogs in the wheel or machinery are; without them the train would slip back down the mountain! 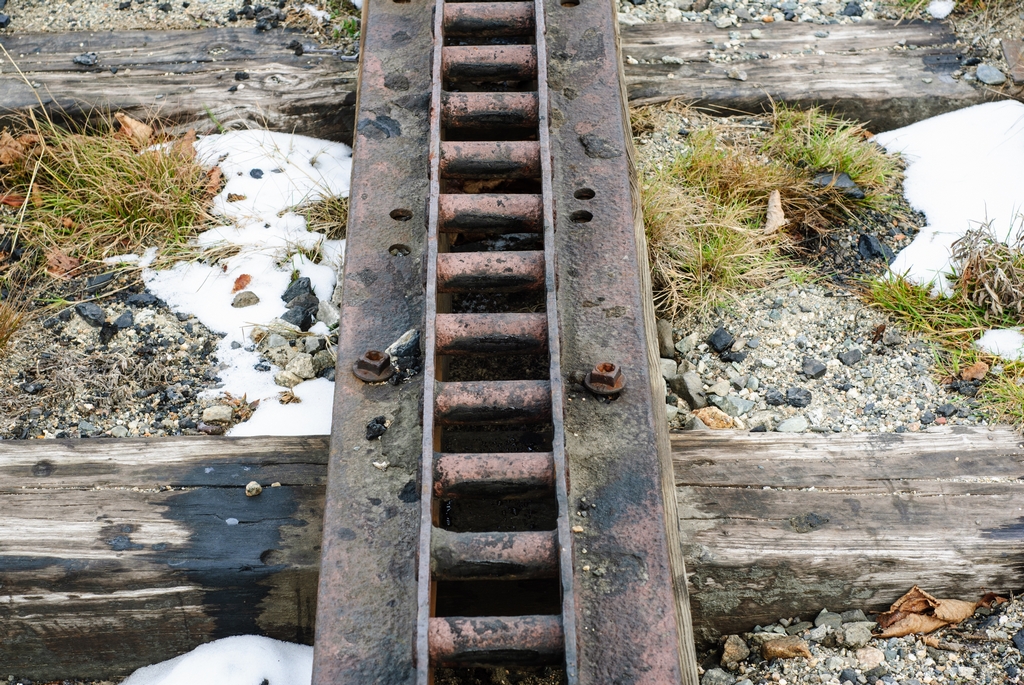 The site is of course set up for tourists. Notice the wonderful juxstaposition between souvenirs and the summit, to inspire you to buy trinkets. 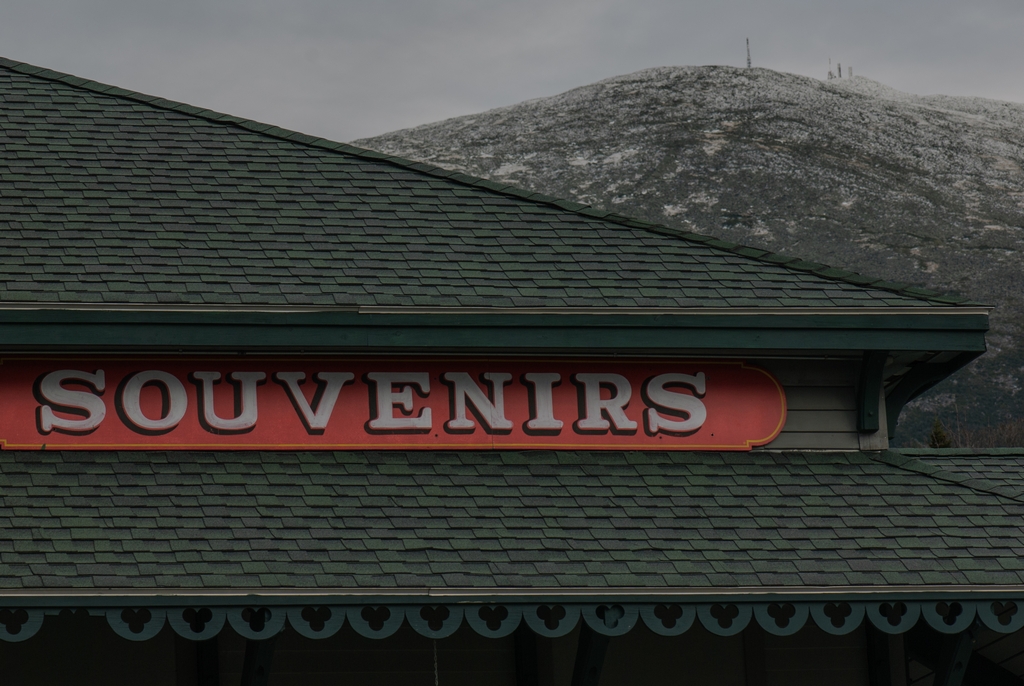 Using the cogged wheel as part of the landscaping:

Along Cog Base Road (the road that leads up to the railway station), there is a little easily missed spot that has a small waterfall and a bridge.  This is the Ammonoosuc River, whose headwaters are the Lakes of the Clouds Hut (the largest and most famous Appalachian Mountain Club hut).  This is part of NH Corridor 11 Snowmobile Trail.  In November, this was another spot that gave us a nice 'water and ice' comparison. 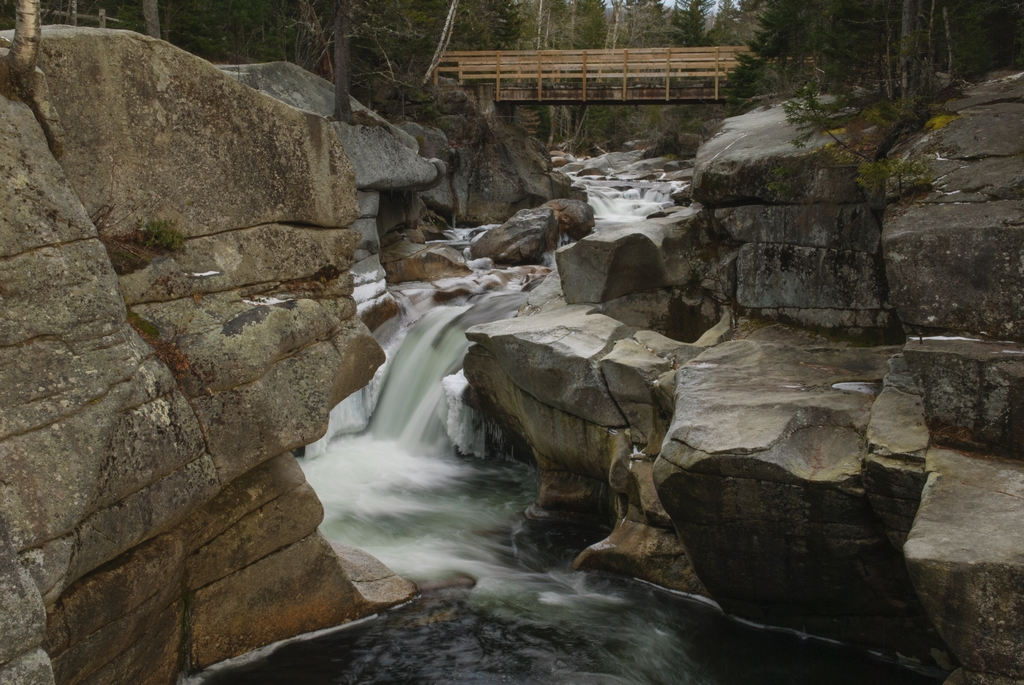 The right side of the fall is running water, and the left is frozen. 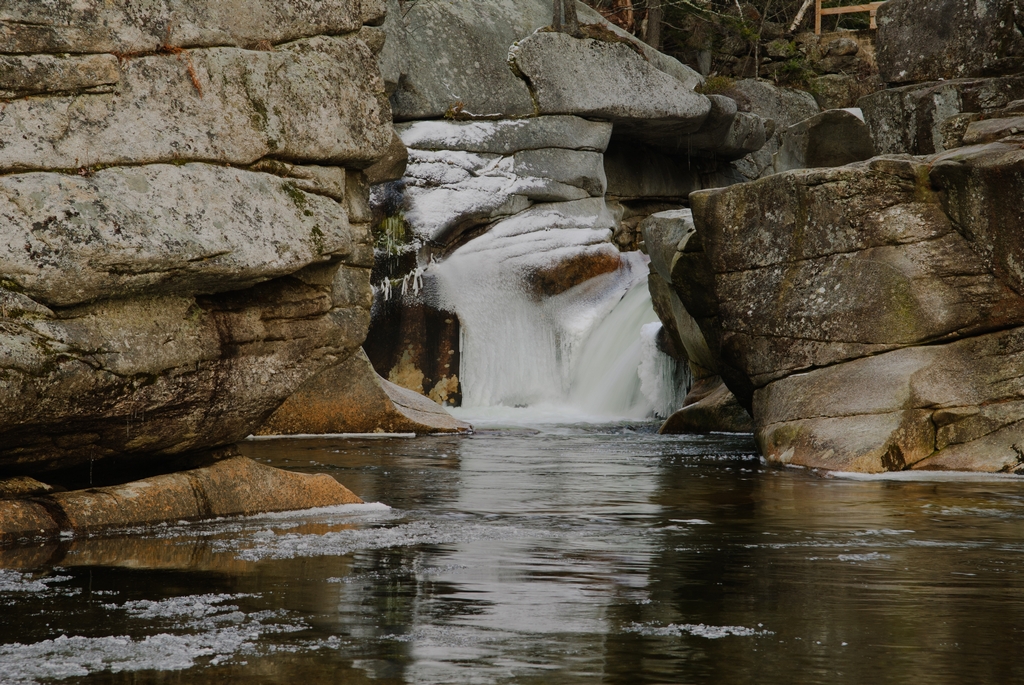 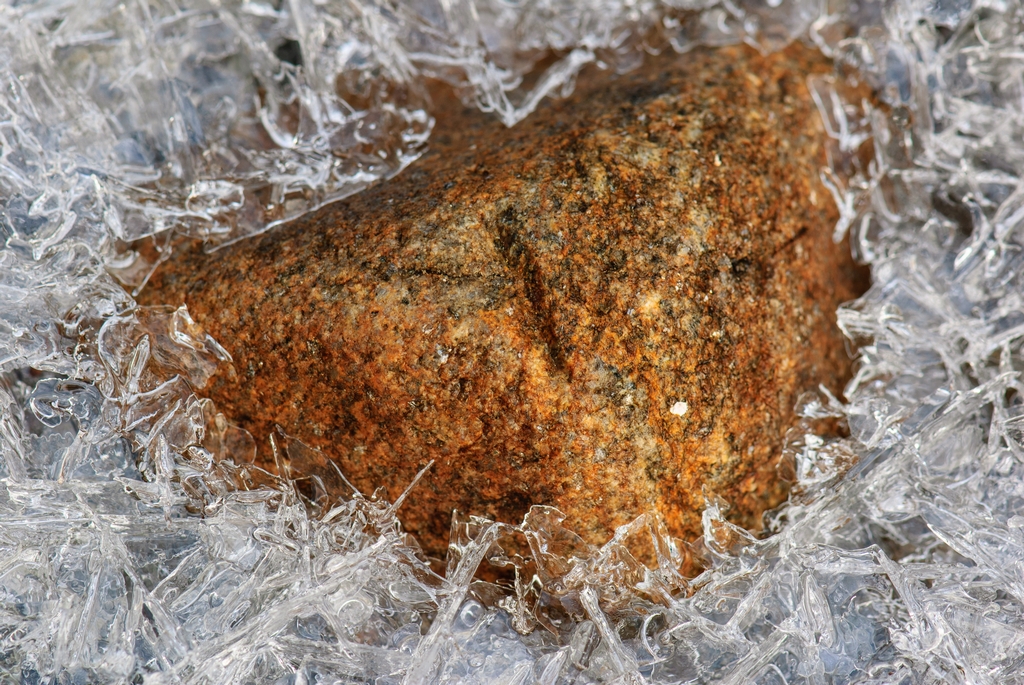 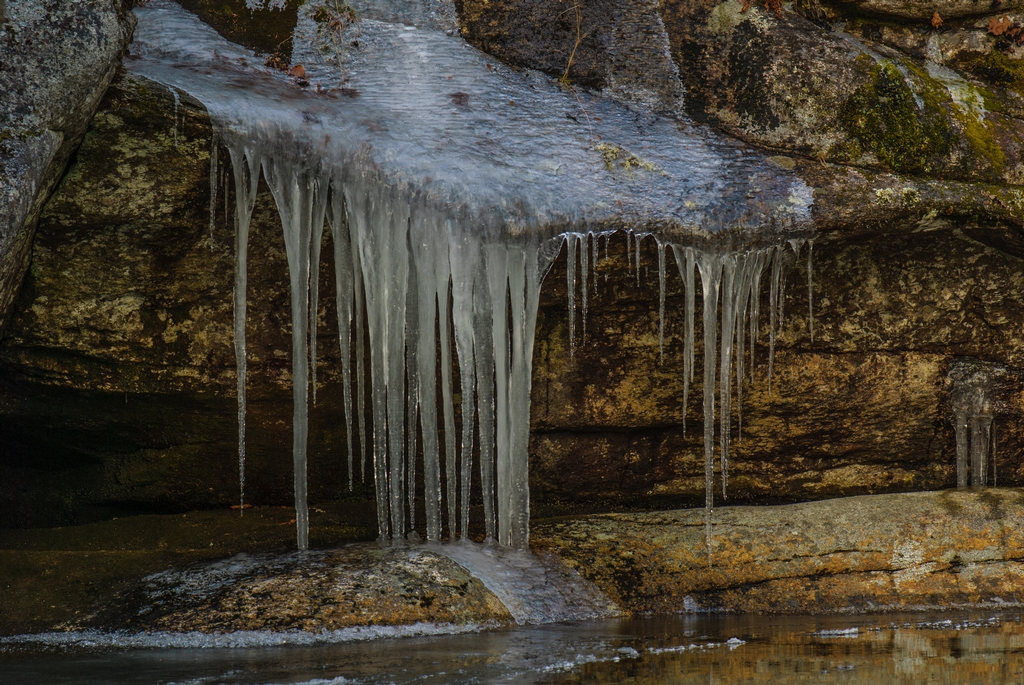 This is where the famous Bretton Woods and Mount Washington Hotel is found.  This hotel, back in 1944, was the site of the International Monetary Fund agreement and establishment.

The hotel with Mount Washington and the Cog Railroad behind it: 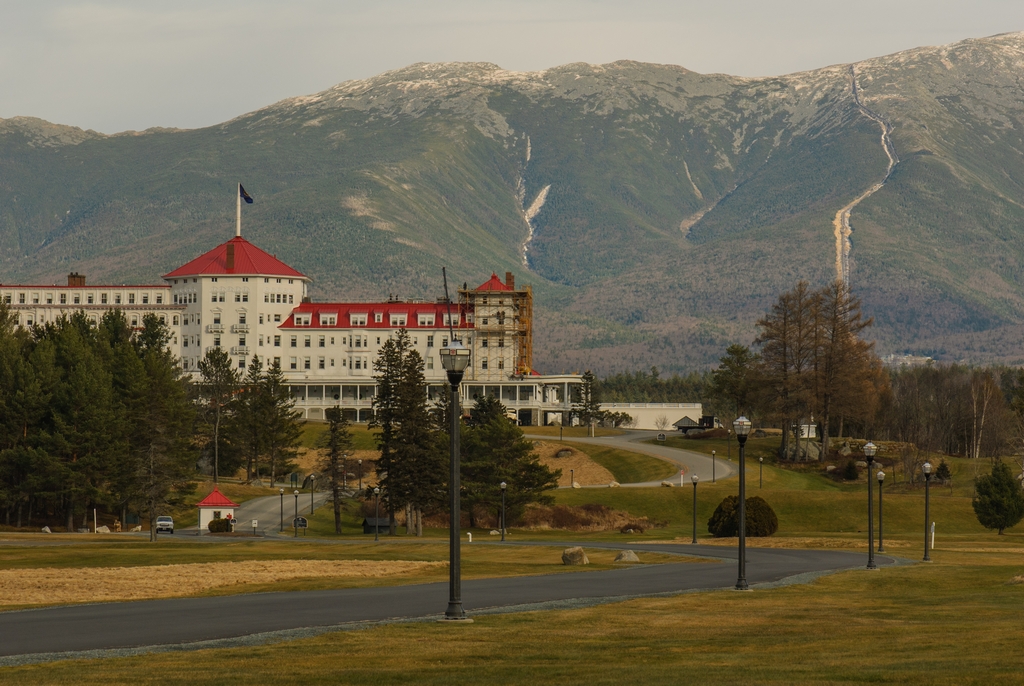 You can see that they are doing some repair work to the hotel, to keep it ready for another generation of visitors.  Here is another view, looking towards Mount Jefferson: 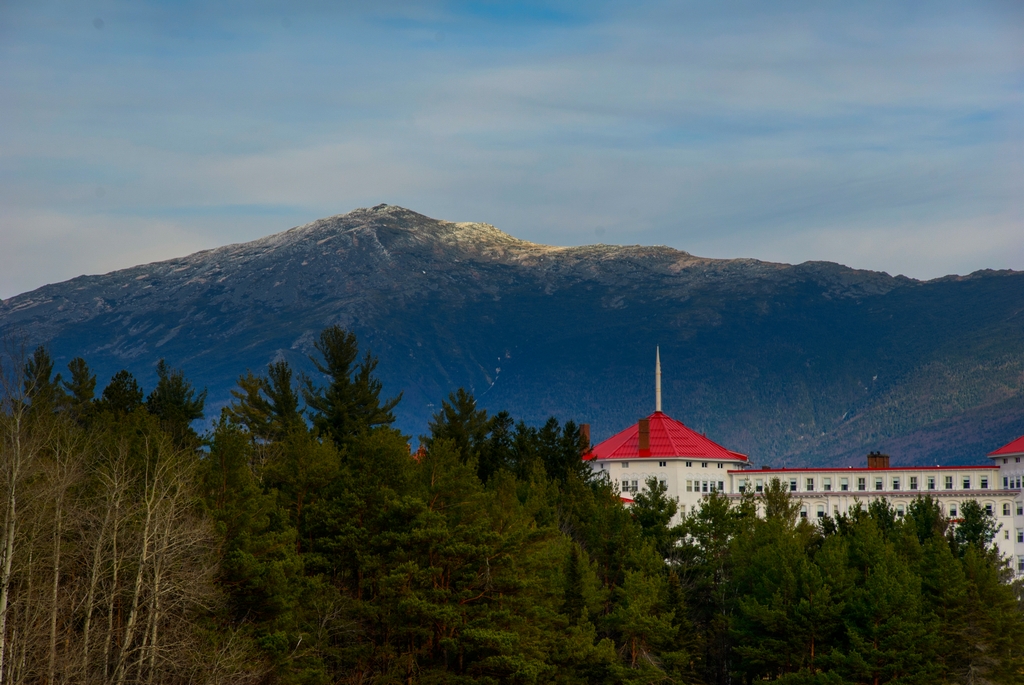 Tourist shot with Anne and Paul.  Behind the hotel is Mount Clay, then on the other side of the Cog Railway is Mount Washington, and on the far right of the picture is Mount Monroe: 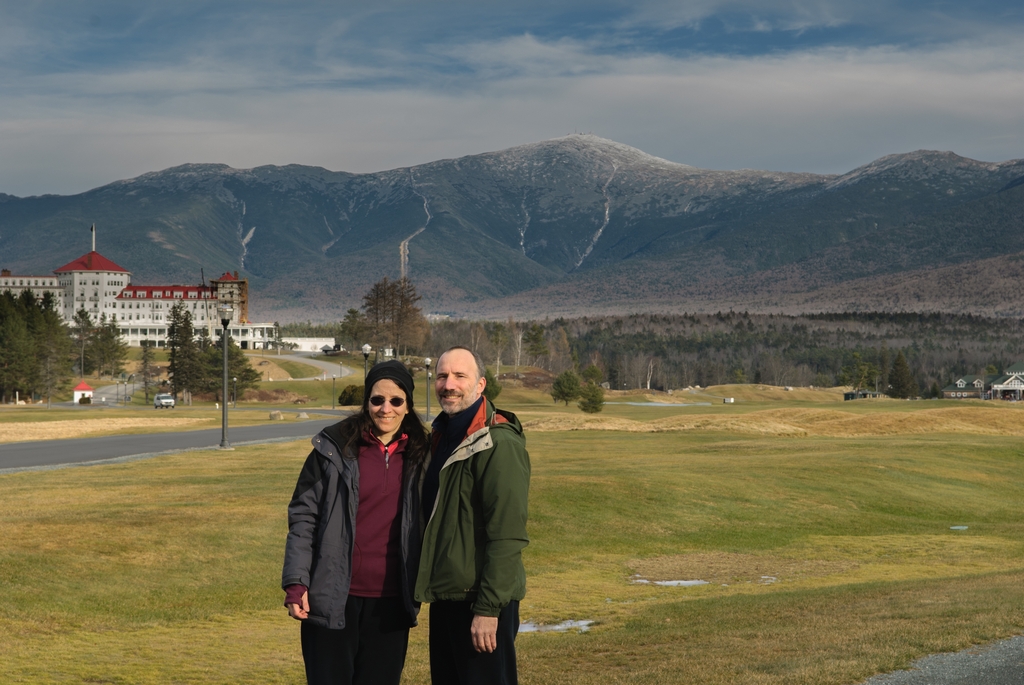 The top of Mount Washington, as seen from the Bretton Woods golf course: 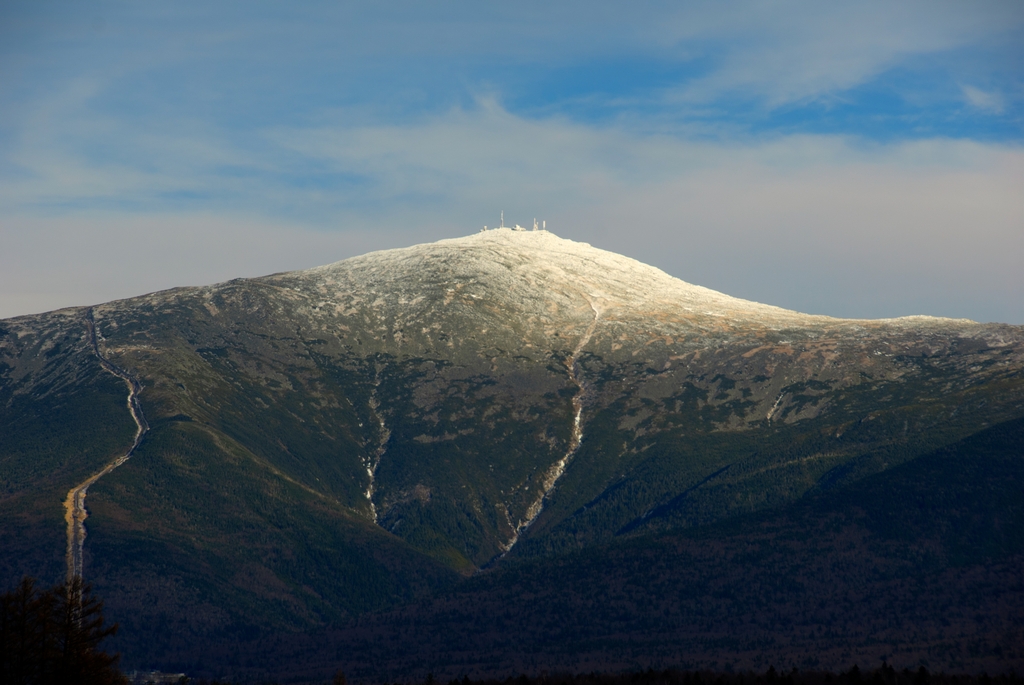 You can again see the Cog Railroad path, and the Observatory at the top.  Anne was excited to learn, while preparing this report, that they offer tours of the Observatory! Hopefully on a future visit we will be able to have a tour. 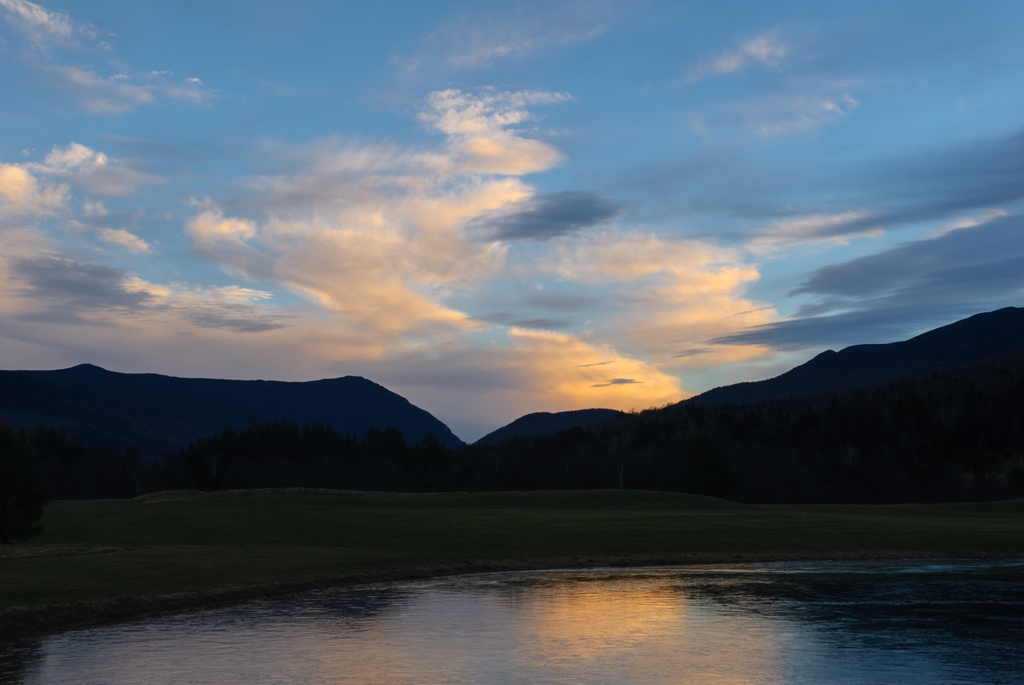 Relaxing by the fire with some wine. 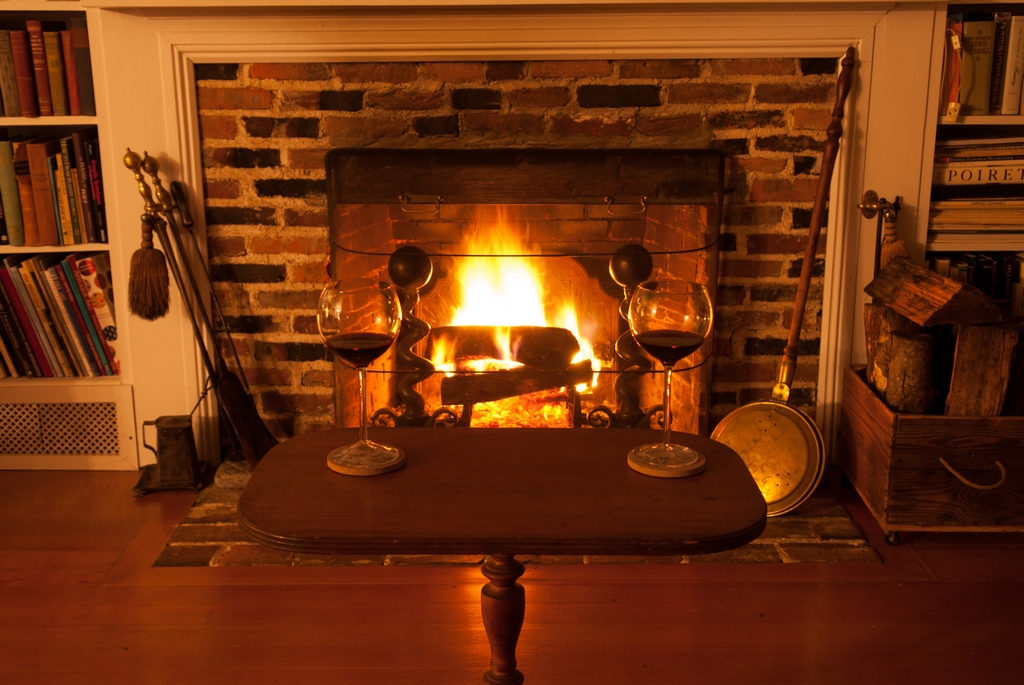 Thank you for sharing our vacation with us.